EU risks becoming like the Gulf over exploitative labour 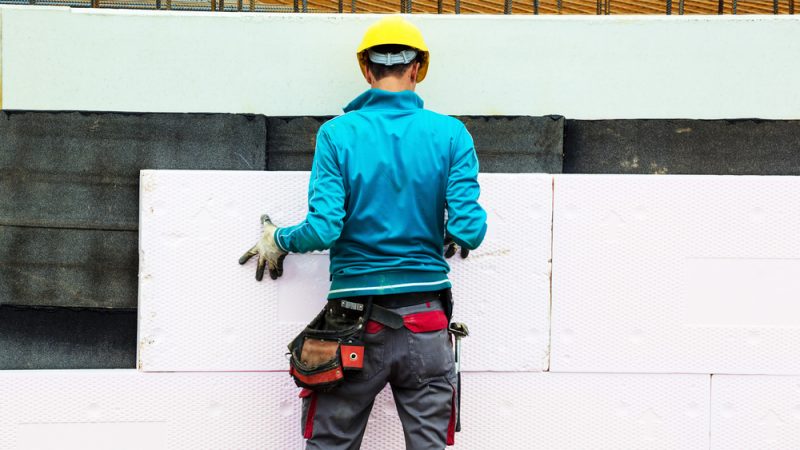 This article is part of our special report Building a fairer labour market.

The growing phenomenon of labourers coming into Europe from south-east Asia and elsewhere is fuelling a dangerous rise in exploitative labour practices that requires urgent EU action, labour unions and civil society groups have warned.

Panellists at a webinar hosted by the European Federation of Building and Woodworkers and Building Workers’ International on Wednesday (2 June), which focused on the growing trend of exploitative labour practices in the EU, reported that forced and bonded labour was similar to the practices seen in parts of the Gulf region. Some asked if the European Union is “becoming the new Gulf Region”.

A 2019 report by the EU’s Fundamental Rights Agency highlighted cases of severe labour exploitation of migrant workers in construction, forestry and other sectors.

These included cases of workers being paid as little as €5 a day, being forced to pay debts to traffickers and sleep in shipping containers with no water or electricity. It was observed that undocumented workers are amongst the most vulnerable workers.

Third-country labour has emerged, particularly in central and eastern Europe, as a replacement for domestic workers who have moved themselves to western Europe and Nordic countries where the pay is highest.

Estimates indicate that third-country nationals now account for approximately 10.5% of total posted workers in the EU.

Sonila Danaj, a researcher at the European Centre for Social Welfare, urged EU policymakers to focus on labour standards enforcement and advance the convergence of labour standards across the bloc.

In particular, trade unions and civil society campaigners have reported that the intermediary system, where a company recruits workers and then posts them to another EU country, is leading to social dumping and social fraud, where workers lack social protection.

The Croatian affiliate of the European Federation of Building and Woodworkers (EFBWW) has reported that 35% of construction workers in the country are non–European, with some coming from regional neighbours Bosnia, Kosovo, and Albania but also from Bangladesh, India, Nepal, Vietnam or the Philippines.

The Czech Republic is currently negotiating a bilateral deal with the Philippines that could involve the posting of 200,000 construction workers, while Poland’s agreement with Ukraine involves two million workers being posted, many of them in the construction industry.

Construction industry trade unions are campaigning for an EU ban on intermediaries.

In response, the European Commission has promised to undertake a study focusing on the posting of workers, as well as the role of intermediaries and agencies.

Unions also secured a significant victory on Thursday (3 June) when the European Court of Justice ignored the opinion of its advocate general in the case involving Team Power Europe, a temporary employment agency based in Bulgaria and posting workers to Germany.

In its ruling, the ECJ confirmed that “the performance of the activities of selecting and recruiting temporary agency workers in the member state in which the temporary-work agency is established is insufficient for it to be considered that that undertaking [performs] ‘substantial activities’ there.”

That amounted to a U-turn by the Luxembourg–based court, after the advocate general’s opinion had recommended that Team Power Europe’s selection of workers should be classified as ‘substantial activities’.

Tom Deleu, general secretary of the EFBWW, described the ruling as “an important victory for the workers, for the trade union movement and for the European values”.

“If the court had ruled in favour of the advocate general’s opinion, it would give an important incentive to fraud and to set up letterbox companies, acting as temporary work agencies and posting cheap labour to other member states,” he added.