Europe was hit by the shock tariffs in March, part of the protectionist president’s threat of an “America First” trade war with Washington’s closest partners, including Canada, Mexico and Japan.

The European Union has said it refuses all trade talks with the United States unless Washington grants a permanent exemption from the painful steel and aluminium tariffs that are set to kick in on 1 June.

However, trade ministers from the bloc’s 28 member states will discuss a plan laid out by EU leaders for a limited EU-US trade deal as well as opening up the European market to US natural gas — if the exemption is granted. 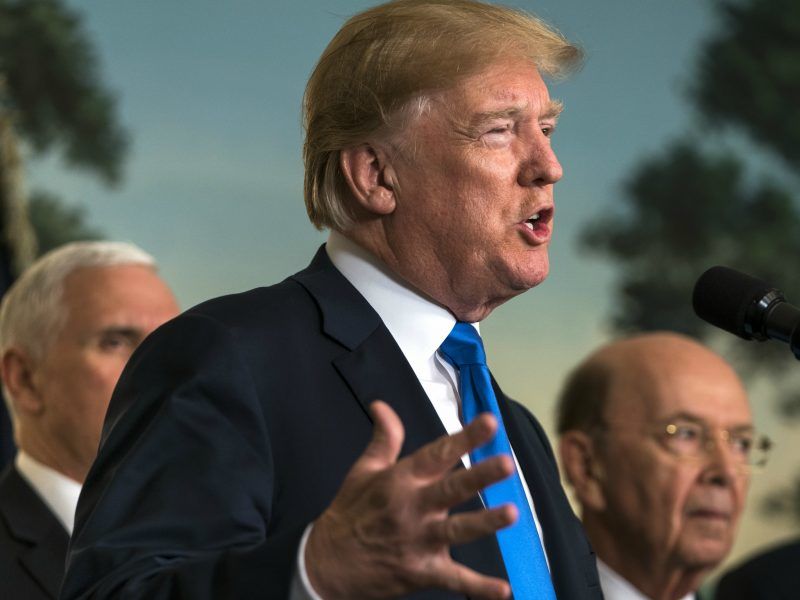 “The EU is ready to talk about trade liberalisation with our American friends but only if the US decides an unlimited exemption from steel and aluminium tariffs,” EU President Donald Tusk told reporters after the conclusion of a summit in Sofia on Thursday.

Tusk also said the US leader acted more like an enemy than a friend. 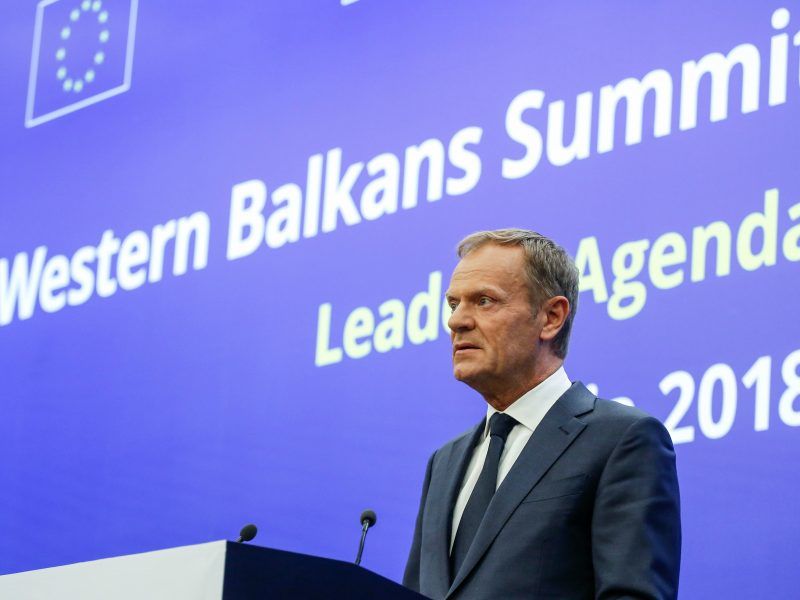 Asked to comment, on the occasion of a visit the next day to the US of NATO Secretary General Jens Stoltenberg, Trump said “The European Union has been terrible to the United States on trade, they have been terrible to our workers.”

The ministers will take encouragement from the US-China development on Sunday with Washington and Beijing backing off from tit-for-tat tariffs after reaching an as-yet specified accord on slashing the massive American trade deficit with China.

Europe’s incentives come with a threat to retaliate against the US with European tariffs on American imports, including iconic items such as Harley-Davidson motorbikes and bourbon whiskey.

These counter-measures will officially become enforceable on 20 June, but Europeans have committed to not use them as long as talks with the US are ongoing.

Trump announced the duties of 25% on imported steel and 10% on aluminium in March, but has twice accepted to suspend their effect as talks with key allies continued.

EU Trade Commissioner Cecilia Malmström, who handles trade negotiations on behalf of the bloc, has held a series of talks with US Commerce Secretary Wilbur Ross, a stalwart of Trump’s hardball tactics.

“My impression is that there will be a permanent decision in one direction or another,” Malmström told German weekly Der Spiegel.

Any attempt to negotiate a trade deal, no matter how small, requires a mandate from member states, which the ministers are expected to discuss over lunch today.

The “limited” deal would focus in particular on cars, a strategic sector that Trump has brought sharp attention to in several tweets that specifically targeted Germany — an auto powerhouse on its own.

US cars sold in the EU are slapped with 10% tariffs, while Washington imposes 25% duties on European pick-ups and trucks.

However, customs duties between the two blocs remain low overall, at an average of three percent.

Export powerhouse Germany is very much in favour of getting a deal while France is more reticent in the face of the US pressure tactics.

Whatever the case, EU leaders insist that there is no chance of relaunching the very unpopular TTIP talks, the major EU-US trade agreement torpedoed by Trump when he entered office last year.

At the request of the United States, Europeans are also ready to “deepen relations” in energy matters, in particular in the field of liquefied natural gas.

As a result of the shale gas boom, the US is avidly seeking new export markets and wants to compete with Russia and Norway, the EU’s current main gas suppliers.

Developing LNG, which is transported by ship and is more expensive than pipelines, would require reducing existing barriers between the EU and US.

“We have an interest in diversifying our sources of supply,” a European source said.

Europe has also raised the possibility of backing a drive to reform the World Trade Organization, the international trade watchdog that Trump accuses of being soft on China and harmful to US interests.