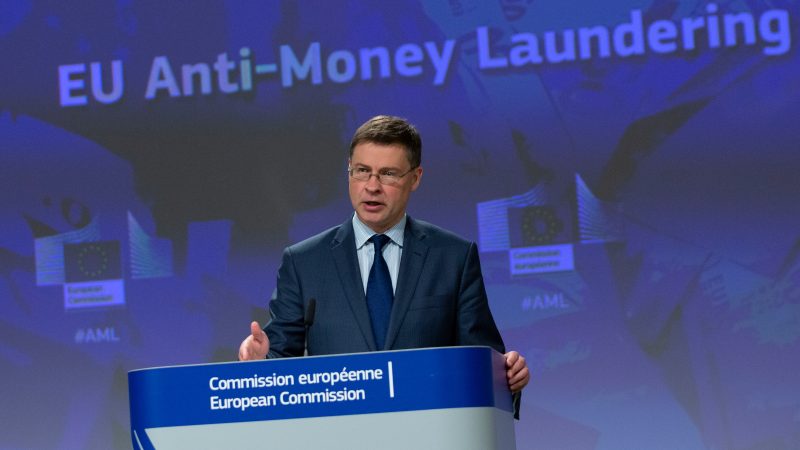 File photo. European Commissioner for An Economy that Works for People Valdis Dombrovskis speaks during a media conference regarding money laundering at EU headquarters in Brussels, Belgium, 7 May 2020. [Pool/EPA/EFE]

The European Union will propose a new agency to crack down on money laundering and new transparency rules for transfers of crypto-assets, EU documents showed on Wednesday (7 July) as the bloc responds to calls for tougher action to fight dirty money.

Europe has come under pressure to step up enforcement of anti-money laundering rules after several countries began investigating Danske Bank over €200 billion of suspicious transactions that passed through its tiny Estonian branch between 2007 and 2015.

Lacking any pan-EU authority to stop dirty money, Brussels has relied on national regulators to enforce its rules, but they have not always cooperated fully.

“Money laundering, terrorist financing and organised crime remain significant problems which should be addressed at Union level,” the documents seen by Reuters said. 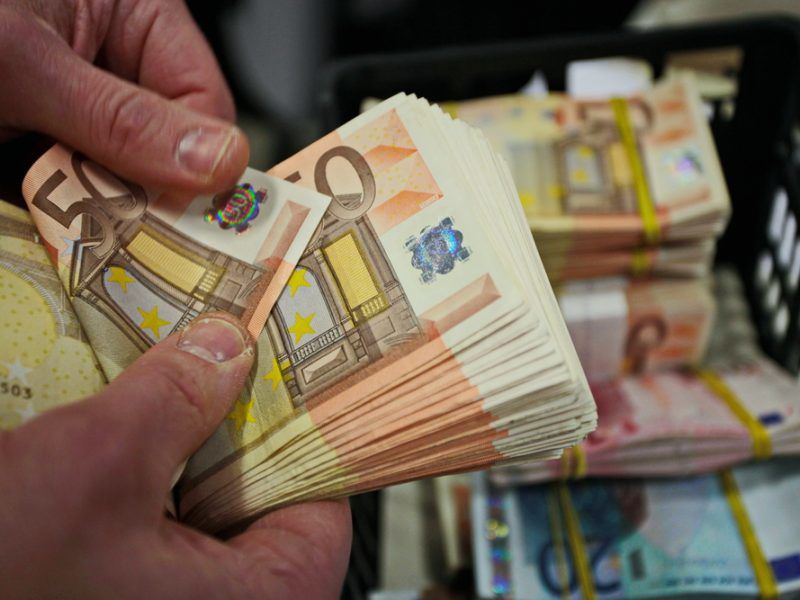 The EU’s executive European Commission is proposing a new Anti-Money Laundering Authority (AMLA) that will become the “centrepiece” of an integrated supervisory system also made up of national authorities, the documents said.

“By directly supervising and taking decisions towards some of the riskiest cross-border financial sector obliged entities, the Authority will contribute directly to preventing incidents of money laundering/terrorist financing in the Union,” the documents added.

“At the same time, it will coordinate national supervisory authorities and assist them to increase their effectiveness in enforcing the single rulebook and ensuring homogenous and high quality supervisory standards, approaches and risk assessment methodologies.”

EU AML rules will be made directly binding on member states to stop criminals exploiting differences between national regulators, the documents said.

A further proposal would introduce new EU requirements for service providers in crypto-assets to collect and make accessible data concerning the originators and beneficiaries of transfers in those assets.

Transfers of such virtual assets are currently outside the scope of EU rules for financial services.

Sven Giegold, a German Green Party member of the European Parliament, said the European Commission had put together a strong package against money laundering. Parliament and EU states will have final say over the proposed rules.

“With uniform standards and more centralised supervision, the EU Commission is introducing important improvements to enable consistent action against financial crime,” Giegold said. The EU should in the meantime pursue legal action against EU states that are not enforcing AML rules properly, he added.