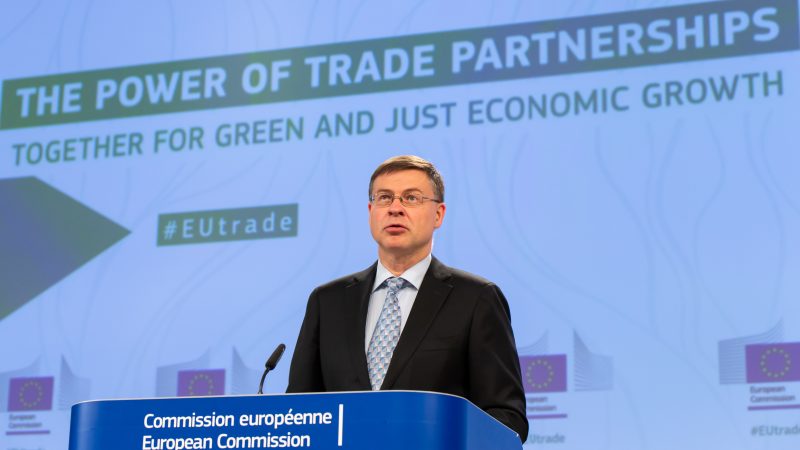 Sustainability concerns should receive increased attention in trade deals and, if necessary, be enforced through sanctions, according to a new approach presented by the EU Commission on Wednesday (22 June).

“The biggest focus is on implementation and enforcement,” the EU Commission’s Executive Vice-President Valdis Dombrovskis told reporters on Wednesday (22 June) when he unveiled the Commission’s new approach.

“We need to make sure that sustainability commitments do not remain only on paper, but that they actually happen on the ground,” he said.

In TSD chapters, trade partners agree to follow internationally recognised environmental and social standards, for example, the Paris Climate Agreement and the fundamental labour principles of the International Labour Organisation (ILO), but they can also include specifically tailored commitments to the situation of the trading partner.

While newly negotiated TSD chapters will underlie a dispute settlement mechanism in the future, this does not guarantee their enforcement.

That is why, in addition to the dispute settlement mechanism, the EU Commission wants to introduce the possibility of applying trade sanctions on trade partners that materially breached the Paris Climate Agreement or the ILO fundamental principles.

However, Dombrovskis said that engagement with EU trading partners remained a “guiding principle.”

“It’s only as a last resort if there are blatant and persistent breaches of core TSD provisions that we would apply sanctions following the dispute procedure,” he said.

With its drive for more sustainability in trade agreements, the EU Commission is reacting to criticism against the EU’s trade policy that civil society organisations have long accused of facilitating the exploitation of workers and leading to environmental damage.

A wide variety of recent EU initiatives can be seen as a reaction to this criticism, for example, the corporate sustainability due diligence directive proposed this February or the proposal for a regulation on deforestation-free products.

Also, in Wednesday’s announcement, the EU Commission takes a step toward civil society organisations, for example, by giving them the possibility to lodge complaints against violations of sustainability commitments.

The green member of the European Parliament Saskia Bricmont welcomed the Commission’s announcement as “a step in the right direction.” Still, she regretted that human rights were not explicitly mentioned and that the Paris Climate Agreement and the ILO fundamental principles were not expressly defined as taking supremacy over commercial considerations.

🚨The #TSDReview made public by @EU_Commission is a step in the right direction.

It contains interesting ideas to improve the sustainability impact assessments and make them a cornerstone of the future free trade agreements.
#FreeTradeAgreements

The EU Commission aims to implement the TSD principles in all new free trade negotiations and some current ones. However, in old trade agreements, they would only be included if it came to modernising the free trade agreement.

The first big test of whether trade partners will accept such measures will come with the negotiations around the free trade agreement with India that are about to start. 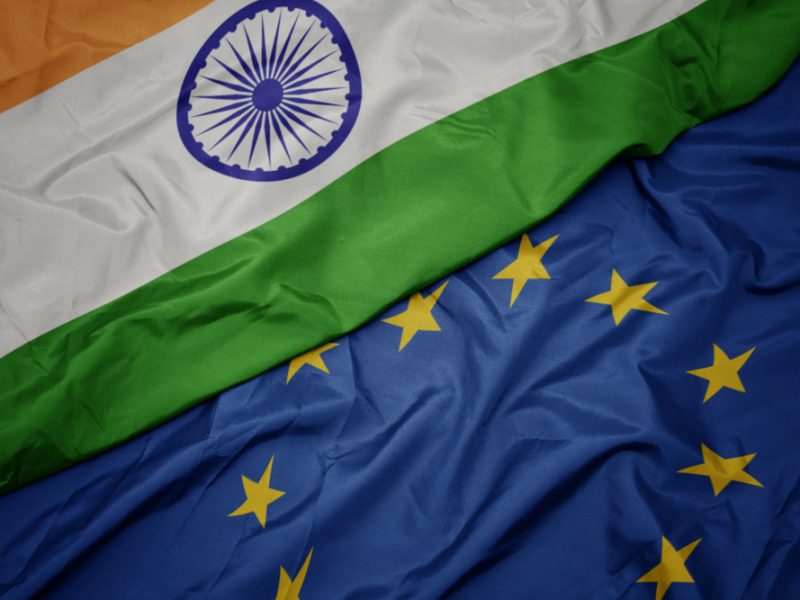 EU and India to start trade negotiations, with 2024 target