The political agreement was reached late on Tuesday (5 December) by negotiators from the European Parliament, the 28 member states and the European Commission, the EU’s executive arm that handles trade matters in Europe.

Four years in the making, the compromise text will allow the EU to swiftly impose higher tariff penalties on imports manufactured at below cost, in line with methodology already used in the United States.

“Better late than never. It took us some time to get here, but today’s deal means that the EU will have the necessary tools to tackle quickly and effectively unjust trading practices,” said EU Trade Commissioner Cecilia Malmström.

The new rule will also shorten the current nine-month investigation period for the imposition of provisional measures to seven or eight months, the commission said.

Importing companies will “also benefit from an early warning system that will help them adapt in case duties are imposed,” it said.

The introduction of such sanctions constitutes a cultural change for Brussels, whose anti-dumping duties were historically set at a level to only remove the injury to EU producers, rather than a higher rate required to bring the import price to what is deemed fair and normal.

The European Union was the only region in the world to apply this so-called “lesser duty” trade rule, which aims at sanctioning dumping practices only minimally.

However, the agreement concluded by the Europeans only removes the application of this rule in cases involving raw materials.

Economically liberal countries, especially in the north of Europe, are hostile to the total elimination of the “lesser duty rule”, which they fear would bring a boost to protectionism.

The deal comes just weeks after the EU pushed through other measure targeting China. 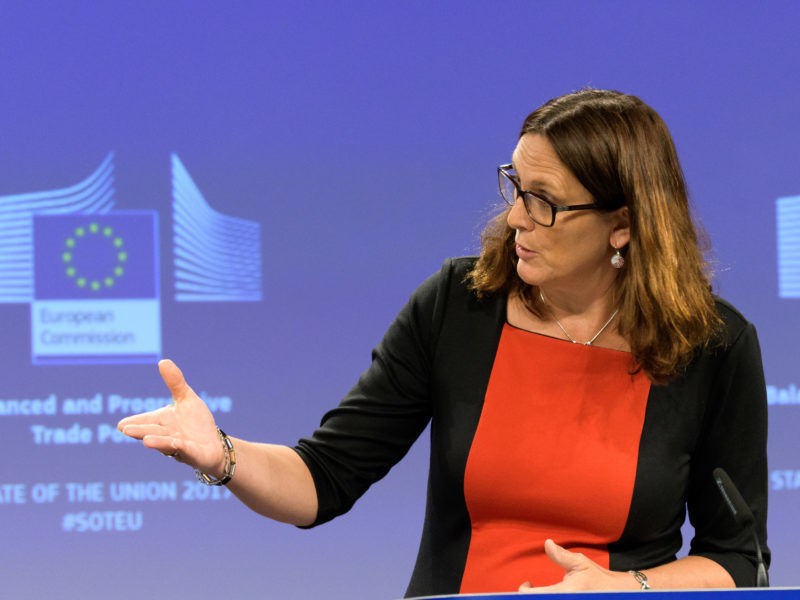 Those measures were intended to offset the consequences of granting China so-called market economy status at the WTO that will make it more difficult to prove and punish illegal trade practices by Beijing.

International Trade Committee Chair, S&D MEP Bernd Lange said: “It is high time that we found an agreement on this dossier. As parliament, we have achieved a lot. With the understanding on the continental shelf, we will close an important loophole in our legislation. We have streamlined our TDI system and in the future will actively pay attention to social and environmental standards when deciding on dumpingduties."

Parliament’s rapporteur EPP MEP Christofer Fjellner said: “After four years of negotiations, we have finally reached an agreement. Trade defence instruments are probably the most controversial part of trade policy. Together with the new anti-dumping methodology, we have modernised our trade defence so it is more effective, more transparent and puts SMEs on an equal footing with larger companies in investigations."

Green MEP Yannick Jadot following the trilogue between the European Parliament, Commission and Council said:  "After months of the Council blocking reforms of trade defence instruments, we at last have a deal. While it includes some improvements, it falls far short of the major overhaul we wanted to see.

"In the European Parliament, the Greens pushed for the so-called "lesser duty" rule not to be applied to countries whose social and environmental standards are lower than core ILO conventions and Multilateral Environmental Agreements, like the Paris Agreement.  Unfortunately, we were the only group to continue to make this demand in trilogues, despite the fact that this is the only way to combat social and environmental dumping. An opportunity has been missed.