EU under pressure on ‘ghost flights’ 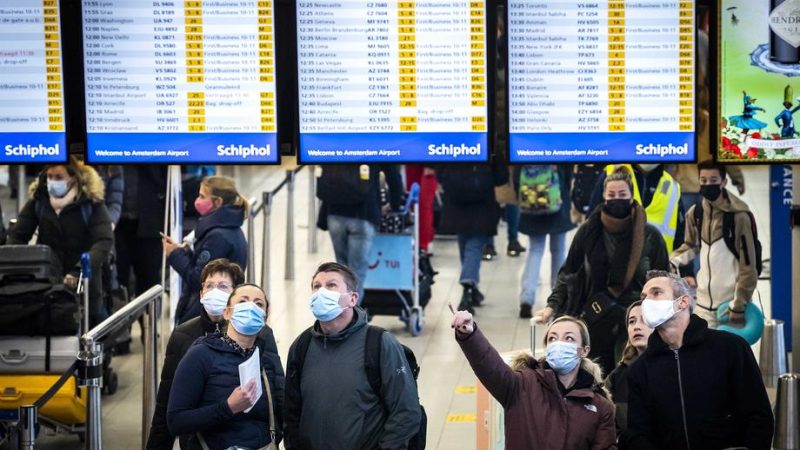 Travelers at Schiphol Airport, The Netherlands, 23 December 2021 prior to the Christmas holidays. [EPA-EFE/REMKO DE WAAL]

The European Union is under increasing pressure to further ease rules on airport take-off and landing slots to cut the number of “ghost flights” airlines are running to retain them.

Carriers say the requirement for them to use 50 per cent of their slots — down from 80 per cent in pre-pandemic days — or lose them is forcing them to operate empty or half-empty flights.

As travellers shrink away from the Omicron Covid variant and quickly changing rules for passengers, a sluggish return to air travel is dragging out the practice longer than they planned.

Belgium’s Brussels Airlines, for instance, says it will have to operate 3,000 under-capacity flights up to the end of March.

Its parent company Lufthansa warned last month it expected it would have to run 18,000 “pointless flights” over the European winter.

Belgium’s transport minister, Georges Gilkinet, has written to the European Commission urging it to loosen the slot rules, arguing the consequences run counter to the EU’s carbon-neutral ambitions.

The currently reduced quotas were introduced in March last year in a nod to the hardship airlines faced as Covid washed over Europe for a second year running, shrivelling passenger numbers.

In December, the commission said the 50-per cent threshold would be raised to 64 per cent for this year’s April-to-November summer flight season.

“Despite our urgings for more flexibility at the time, the EU approved a 50 per cent-use rule for every flight schedule/frequency held for the winter. This has clearly been unrealistic in the EU this winter against the backdrop of the current crisis,” a spokesman for the International Air Transport Association (IATA) told AFP.

He said the commission needed to show more “flexibility… given the significant drop in passengers and impact of Omicron numbers on crewing planned schedules”.

But a commission spokesman on Wednesday said the EU executive believed “the overall reduced consumer demand… is already reflected in a much-reduced rate of 50 per cent compared to the usual 80 per cent-use rate rule”.