The Commission’s executive vice-president for economy, Valdis Dombrovskis, said on Thursday that the goal should now be “gradually moving away” from income support measures, including SURE, to actions targeting active labour market policies.

In this regard, the Commissioner for Employment, Nicolas Schmit, added that the Recovery and Resilience Facility will support job creation. “That is the priority now,” he said.

Commission President Ursula von der Leyen argued in July 2019, when she was confirmed by the European Parliament, that a European Unemployment Benefit Reinsurance Scheme would offer “a better protection for those who lose their jobs when our economy takes a severe hit.”

“Of course there are national unemployment insurances but a reinsurance scheme for these heavy external shocks is needed in Europe,”  von der Leyen added at the time.

The COVID-19 outbreak was an immense external shock that has forced the EU to adopt unprecedented measures and altered its priorities and agenda.

The EU launched the €100 billion SURE mechanism to provide income support for workers and adopted the unprecedented €800 billion recovery fund.

The EU unemployment reinsurance scheme – which could come at a later stage to complete the instruments in place – has been a controversial proposal over the past years.

Member states are split between those who defended it as a central instrument to cushion external shocks, especially southern countries, and those that did not consider it feasible, given the diverging national labour market realities, especially northern member states.

Instead, in order to minimise the job destruction once emergency measures like SURE are withdrawn, the Commission presented on Thursday the Effective Active Support to Employment (EASE) following the COVID-19 crisis.

This new instrument will promote job creation and job transition from hard-hit sectors to expanding ones, notably in the digital and sustainable fields.

The Commission will offer support from the EU’s temporary central fiscal capacity, the Recovery Fund, and also the European Social Fund.

It will provide incentives and support to entrepreneurs, upskilling and reskilling opportunities and enhanced support to the national employment services.

“Creating jobs is one of our main priorities, and making sure people have the right skills for those jobs,” said Schmit.

To steer the efforts, the Commission set new headline objectives by 2030: at least 78% of people aged 20 to 64 should be in employment by then; at least 60% of all adults should participate in training every year; and the number of people at risk of poverty or social exclusion should be reduced by at least 15 million by the end of this decade.

These new goals came on the heels of Europe 2020 agenda, which also included targets for employment (75% of employment rate), poverty (at least 20 million out of poverty); and education.

The EU however failed to reach the targets before the pandemic hit last year, which has only increased the gap further.

Schmit argued that the previous targets were set before the financial crisis hit in 2008. But in the aftermath of the previous crisis “an enormous progress was made”, and Europe came close to reaching the 75% employment rate goal in 2019 (73.9%)

He stressed that the new targets are “ambitious but realistic”. “Now we have the resources for the recovery”, including the Recovery Fund, and new policies like EASE to support job creation, or to fight against child poverty, he said. 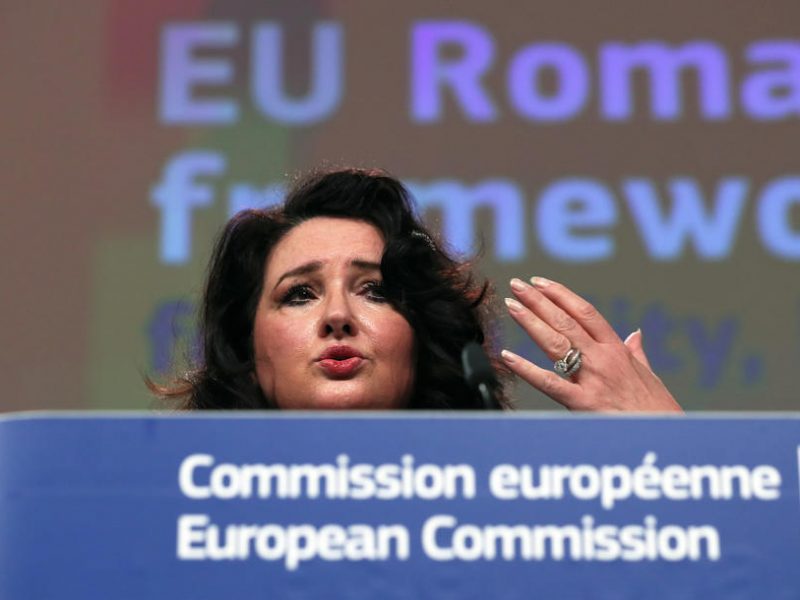 The EU’s Commissioner for Equality, Helena Dalli, presented on Thursday (4 March) the first EU-wide compulsory rules to force companies to disclose salaries by type of work and employees’ sex. The goal is to tackle the pay gap between men and women in the EU, currently at 14%.