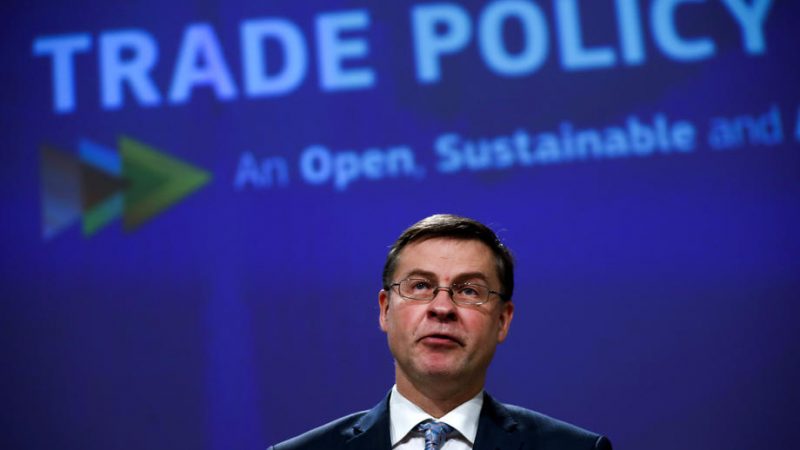 The EU pressed the US Administration to agree on the reform of the World Trade Organisation’s dispute settlement system amid deep divisions running through the institution.

Dombrovskis also met with ambassadors of some key members of the organisation, the Commission said.

The EU executive put forward last February a series of proposals to reform the WTO, which was seriously damaged after the US torpedoed its dispute settlement system in December 2019. 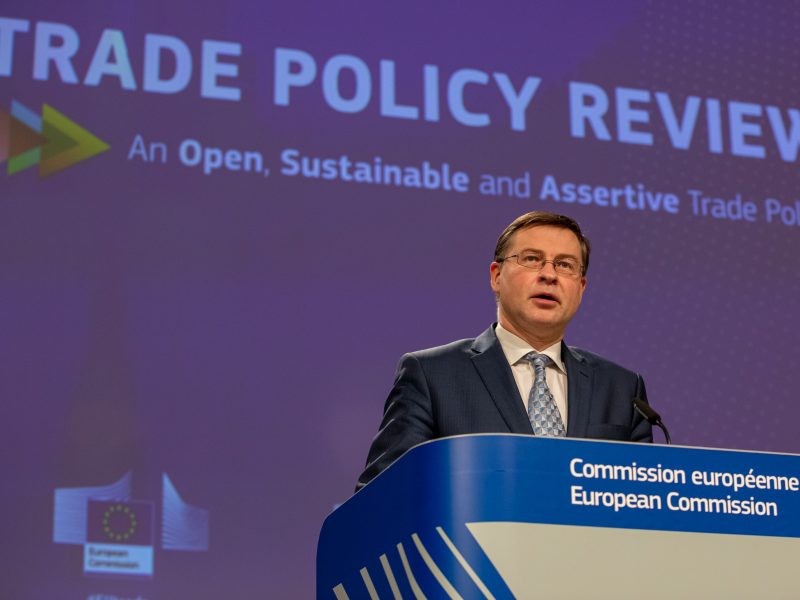 Speaking to reporters after the meeting, Okonjo-Iweala thanked the EU’s “very constructive approach”.

“The world without a functioning WTO is a worrisome place,” Dombrovskis said in a speech later on Thursday. “A fragmented trading system based on power relations will harm everybody and benefit no one”.

For the EU, the WTO is at a low point, with its negotiating powers paralysed, its dispute settlement system frozen and its members “deeply divided” over how the organisation should evolve.

“There is an absence of common purpose,” Dombrovskis stressed.

For some, like-minded countries should come together to push for an improved version of the organisation. The Europeans, for their part, have urged to progress along the lines of its proposals to restore the functionality of the WTO.

Chief among them is to fix the dispute settlement system, which was left impaired since the US administration led by Donald Trump blocked the nomination of new judges to the WTO’s appellate body.

“A well-functioning dispute settlement system is critical to avoid the escalation of trade conflicts,” Dombrovskis warned.

The US refused to nominate new members to the WTO appellate body because it considered that judges were overstepping their powers in their rulings.

The EU is ready to consider “major reforms” to the appellate body, as long as they make the dispute settlement system “more effective and legitimate,” Dombrovskis said.

Europeans are now aiming to reach an agreement no later than the WTO’s ministerial conference due by 2023.

The trading bloc also wants to “restore the centrality” of the WTO in international trade negotiations. One of the most controversial issues the organisation needs to address is the distorting subsidies provided by its members to their industries, farmers and fishermen.

Subsidies will be one of the top topics in the agenda of the ministerial conference staring in November.

The organisation should also play a bigger role in forging trading rules for the digital services of this century, the Commission believes.

The WTO however has failed to reach multilateral agreements in years as they require the support of all its members (currently 159).

For that reason, Dombrovskis proposed lowering the ambition in some cases and “combine areas where multilateral agreements are possible with those where we can only achieve progress through open and inclusive plurilateral agreements”.

One of the central topics of the ministerial conference taking place in November will be how to ramp up COVID vaccine production to support countries around the world.

Dombrovskis said the EU is working on drafting a ministerial declaration on trade and health. Europeans also support increasing vaccine production in regions like Africa but has stated its opposition to COVID patent liberalisation, saying cooperation with pharmaceutical companies is essential to provide know-how for vaccine manufacturing.

The EU also wants the WTO to better take into account new global challenges in the design of trade policy, including climate change, e-commerce or cooperation with other international bodies, such as the International Labour Organisation.