"There is a great deal of unpredictability. This is something we find difficult to understand because trade wars have never been good for anyone. And in this very conflict-ridden world, where there is already a lot of uncertainty, it would be much better to work with the Americans. We already share many of their criticisms of China," outgoing EU trade Commissioner Cecilia Malmström said. [European Commission]

The EU is willing to reach a “reciprocal” agreement with the US to scrap car tariffs as part of a new deal, Trade Commissioner Cecilia Malmström confirmed on Thursday (30 August) but added that both sides still have “profound disagreements” on trade.

Speaking to the European Parliament’s committee on Trade, the Swedish commissioner said the bloc was willing to bring down the car tariffs to zero if Washington does the same.

“If that would happen, it would be good for us economically and good for them,” she told MEPs

US President Donald Trump and Commission chief Jean-Claude Juncker reached an agreement last month in the White House to open trade talks to address outstanding differences and to scope areas to reduce the duties.

The joint statement only referred to working towards zero tariffs on “non-auto industrial goods”. But an EU official noted that the communiqué also included that both sides would assess the “existing tariff measures” in general.

In return, Trump promised to abstain from imposing new tariffs on European car exports to the US as he had threatened to do earlier.

The EU and China have become the primary targets of the Trump Administration to reduce the huge US trade deficit with other economies, more than $500 billion at the end of 2017.

European carmakers are the preferred target of Trump’s ire given that the bloc imposed a 10% tariff on US cars, while European car exports still face only 2.5%.

The Commission has repeated that the global picture including all the goods is more balanced.

A Commission spokesperson said this week that “if the US were to apply additional tariffs on European products, the EU stands ready to respond swiftly and forcefully.”

The review of the car tariffs would come as part of a broader agreement. But Malmström said the EU does not intend to revive the Transatlantic Trade and Investment Partnership.

The controversial agreement negotiated between the Europeans and the Obama administration was sent to the freezer by the new US administration.

“This could be a more limited trade agreement, focused on tariffs on goods only,” Malmstrom said.

But even if both sides agreed in July on a framework to scope what fields could be part of the deal, Malmström recalled that Brussels and Washington are not on the same page.

“We have profound disagreements with the United States on trade policy,” she told the Parliament’s committee. 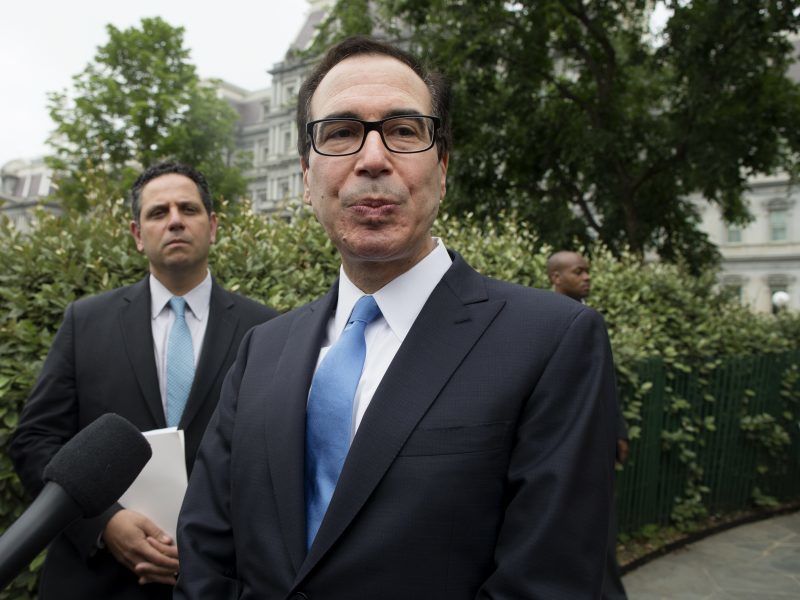 Both sides held the first meeting to prepare the talks last week. But the US would like to speed up the process and achieve concrete results by November elections for the US Congress.

Malmström said the EU also would like to try to reach an agreement “during the mandate of the Commission”, which ends in November next year.

She commented that it could be possible if the negotiations are “limited”.

Despite the outstanding differences, the EU and the US share concerns on global trade, in particular China´s steel overcapacity and its practices with foreign companies’ technology.

But “we do not agree with their methods of imposing massively billions of tariffs on China, as they have also done with Turkey,” Malmström said.

“We do not share the U.S. view that trade wars are good and easy to win,” the commissioner added.