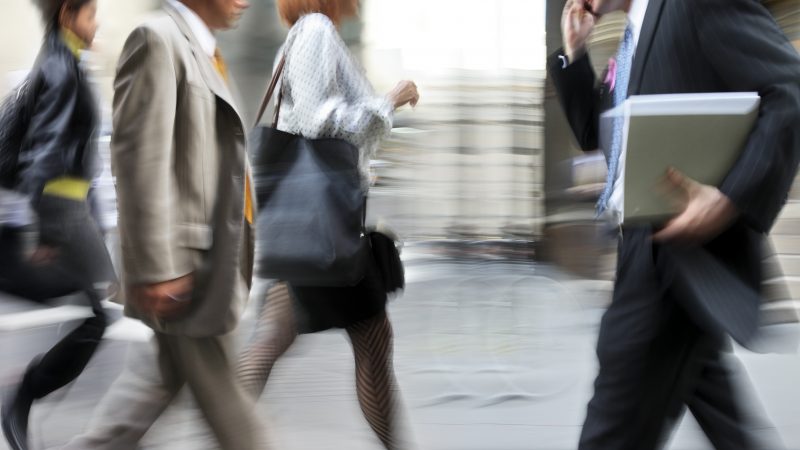 "The euro zone economy is firing on all cylinders again as reopening has had the expected positive effect on growth. Concerns about the impact of the Delta variant and input shortages remain but have not derailed the rebound thus far," said Bert Colijn at ING. [blurAZ / Shutterstock]

Business activity in the euro zone grew strongly this month, only dipping from July’s two-decade high monthly pace, as a rapid COVID-19 vaccination drive allowed more firms to reopen and customers to venture out, a survey showed.

IHS Markit’s Flash Composite Purchasing Managers’ Index, seen as a guide to economic health, fell to 59.5 in August from 60.2 last month. It was ahead of the 50-mark separating growth from contraction but just shy of a Reuters poll estimate for 59.7.

“The euro zone economy is firing on all cylinders again as reopening has had the expected positive effect on growth. Concerns about the impact of the Delta variant and input shortages remain but have not derailed the rebound thus far,” said Bert Colijn at ING.

Both the services and manufacturing indices remained in growth territory in Germany, confirming Europe’s biggest economy was on a recovery path, an earlier survey showed.

Economic growth in Germany could miss projections this year and the resurgence of the pandemic may put unexpected strain on the economy in the autumn, the Bundesbank said in a monthly report on Monday.

In France, the bloc’s second-biggest economy, growth in business activity slowed compared to July but remained resilient, as problems with supplies of goods and COVID-19 health protocols impacted trade.

“Overall, August’s flash PMIs underline two key risks to our forecasts. First, that the economic recovery might be slowing a bit faster than we had thought, posing a downside risk to our view that the economy will return to its pre-pandemic level by October,” said Kieran Tompkins at Capital Economics.

“Second, that materials and staff shortages might feed into second-round effects of rising wage growth, meaning that inflation is higher for longer.”

Markets were unmoved by the PMI data and were instead focused on worries about the Delta variant hampering growth as investors weighed up the possible timeline for the tapering of monetary stimulus ahead of Federal Reserve Chair Jerome Powell’s speech at Jackson Hole this week.

Firms increased headcount in the euro zone at a near-record pace but were still unable to complete all new business coming in, building up a backlog of work at the third-fastest pace in survey history. The composite employment index held at 56.1.

A PMI covering the bloc’s dominant service industry nudged down to 59.7 from July’s 15-year high of 59.8. The Reuters poll had predicted 59.8.

Demand slowed marginally from July – suggesting the rebound will continue – but the services business expectations index, which measure optimism about the year ahead, dropped to 68.6 from 69.1.

“We continue to see the potential spread of more virulent virus variants and the prolongation of supply chain issues as the main risks to the economic recovery,” said Maddalena Martini at Oxford Economics.

“Therefore, the level of uncertainty around the forecast remains very high, but we still expect a strong recovery over the coming quarters.”

Manufacturers had another solid month, their PMI remaining well above the breakeven mark at 61.5, albeit below July’s 62.8 and the 62.0 poll estimate. An index measuring output that feeds into to the composite PMI fell to 59.2 from 61.1.

But supply delays – the delivery times index was near a survey low – again played a key role in driving up the costs of the raw materials factories need. The input prices index was 87.3, although down from July’s record high of 89.2. 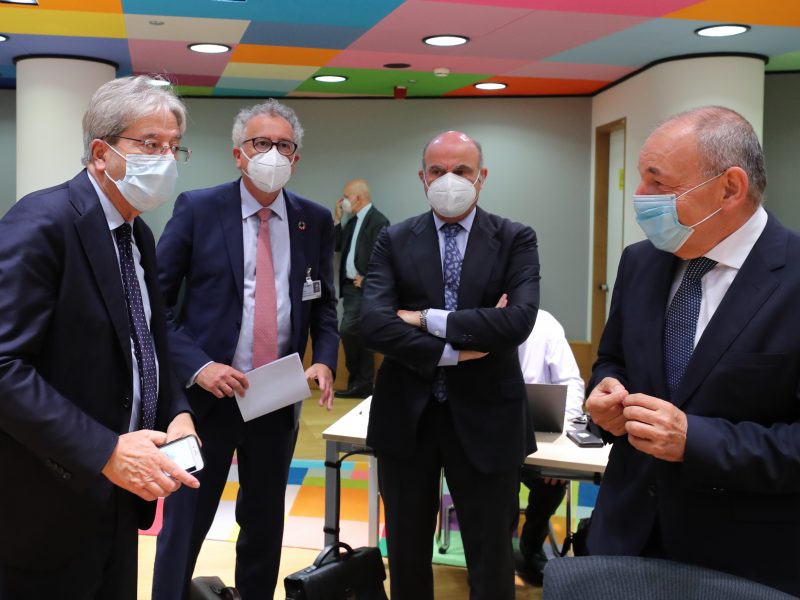 EU-27 finance ministers in the Ecofin Council approved on Tuesday (13 July) the first batch of twelve national recovery plans, paving the way for the first payments by the end of this month, as the spread of the Delta variant of COVID-19 across Europe increases the risk of new restrictions.