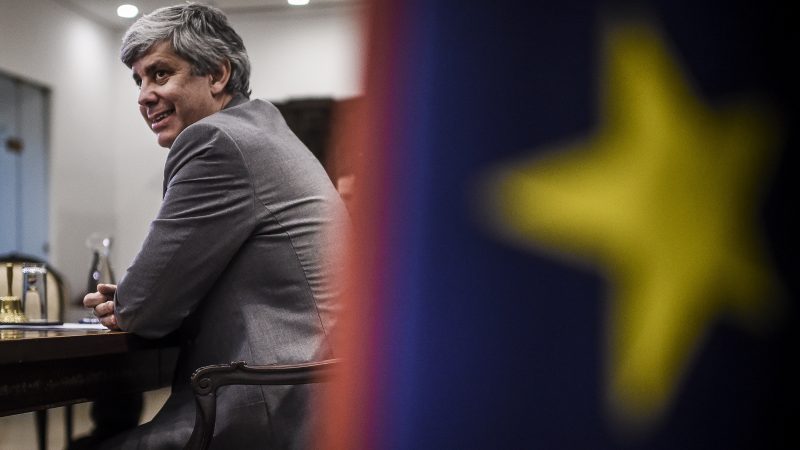 Eurogroup President Mario Centeno during press conference at the Portuguese Ministry of Finance in Lisbon, on Thursday (9 April). [Council]

After several failed attempts, EU finance ministers on Thursday (9 April) agreed a €540 billion package to support member states, companies and workers in the coronavirus crisis, after The Netherlands and Italy overcame their differences. Leaders will discuss in the coming days the recovery plan and the possibility of issuing so-called ‘coronabonds’.

The deal was reached on Thursday evening after an intense round of bilateral contacts that postponed the start of the teleconference by more than four hours.

The draft text was  finally supported by Italy and Spain, the two countries hardest hit by the coronavirus, and The Netherlands, which was the last EU country still opposing light conditions to cheap loans provided by the European Stability Mechanism, the eurozone’s bailout fund. 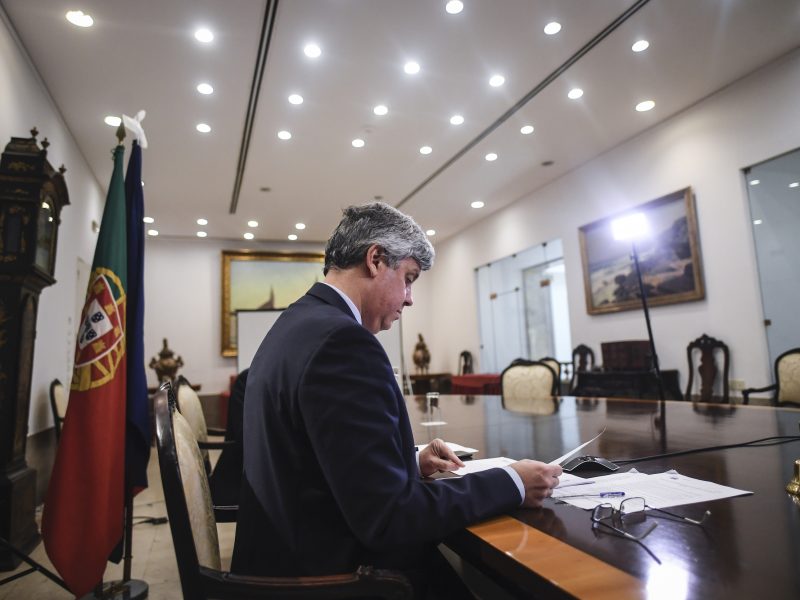 The package sets up a massive safety net of €540 billion for member states via the ESM, for companies through the European Investment Bank, and for workers via the European Commission’s new instrument SURE.

The ESM is reserved only for euro zone countries, EIB and SURE are available to all EU member states.

But the economic response to the crisis is not entirely complete yet. EU leaders will add the last piece of the puzzle it in the coming days with a recovery plan to relaunch the economy once the pandemic starts receding, including the divisive issue joint debt issuance, or so-called ‘coronabonds’.

“This response contains bold and ambitious proposals that would have been unthinkable just a few weeks ago,” said Mario Centeno, the Portuguese finance minister who chaired the Eurogroup teleconference.

“What matters the most is that we rose to the challenge – our citizens expect and deserve nothing else,” he said after the meeting.

“With this package we will help countries in need in the short term while also building resilient economies in the long-term. This is a powerful and sensible sign of European solidarity,” said Dutch finance minister, Wopke Hoekstra.

The main bone of contention was The Netherlands’ insistence to request macroeconomic reforms to countries applying for ESM support. About 2% of the eurozone’s GDP (€240 billion) will be available to countries seeking assistance to counter the economic impact of the coronavirus.

The ESM had suggested some “light conditionality” that would include dedicating loans only to coronavirus-related costs and a general commitment to adhere to EU fiscal rules. But this was not sufficient for The Hague.

The Netherlands and Italy were at loggerheads for days, as Rome considered unacceptable at first even the “light” conditions proposed by the ESM.

For its part, Rome insisted on ‘coronabonds’ to jointly finance  the costs of the recovery without further increasing its public debt, which currently stands at 135% of the country’s GDP.

In the end, the ESM condition is to limit funds to covering health-related expenses in response to the coronavirus, directly or indirectly.

“I should add that, my interpretation, as President, is that the average euro area member state affected by the COVID-19 crisis should be able to identify expenditures directly or indirectly related to healthcare, cure and prevention amounting to 2% of GDP,” said Centeno.

Hoekstra added that countries could request an ESM cheap loan to cope with other costs, including the impact of the containment measures, but in that case they would have to accept reforms. “It is fair and reasonable,” he said.

The Commission’s SURE mechanism was another sticking point, this time between The Netherlands and Spain, an EU diplomat told EURACTIV.

The Netherlands wanted guarantees that the new mechanism would only be temporary. And to ensure the mechanism doesn’t morph into a fully-fledged EU unemployment insurance scheme, The Hague also sought to broaden the scope of the mechanism to other areas beyond jobless support. The Spanish government revolted, seeing the move as an attempt to torpedo future plans for an EU-wide unemployment insurance scheme, which Madrid champions.

The final agreement was that “the primary objective” of SURE is to protect workers, Centeno explained, although the Netherlands managed to add in the final agreement that the mechanism could also cover “some health-related measures”.

The agreement is nevertheless only the first battle in the economic response to the virus. Leaders will face a tougher negotiation to seal a deal on the recovery plan for the next months, and how to pay for it.

The volume of investment will be significant. The eurozone economy could fall by 10%, warned the ECB last Tuesday.

The Eurogroup chairman will send a letter to the leaders including a reference to “innovative financial instruments” as part of its financing, a face-saving formula for both groups.

It’s a “deliberately vague text” Hoekstra admitted. But “it is important not to fool ourselves,” he added: “You cannot ever read anything in it that is related to debt mutualisation”.