EU Trade chief Cecilia Malmström underlined that "imposing tariffs on each other would not be a good solution." [European Commission]

The Commissioner for Trade, Cecilia Malmström, told reporters on Monday (16 September) that the EU will keep trying to negotiate with the US an amicable solution to the nearly two-decades-old dispute.

But should that prove impossible, the EU executive will discuss with member states their retaliatory measures.

“Our view is that there are enough tariffs in the world as it is so imposing tariffs on each other would not be a good solution,” she said.

Last Friday, the World Trade Organisation gave a partial blessing to US President Donald Trump’s plan to impose duties to European exporters and thus compensate for the European aid to plane maker Airbus.

Trump has sought permission to impose tariffs up to 100% on European goods worth $11.2 billion a year.

The organisation is expected to confirm the volume of the compensatory tariffs as from 30 September.

A similar ruling is expected early next year for the EU to determine the level of tariffs it could set in response to the subsidies provided to Boeing by Washington.

Against this backdrop, Europe offered a negotiated solution to the US Administration to avoid mutual penalties.

As part of the deal, Europe proposed to the Trump administration a “comprehensive, ambitious and balanced subsidy disciplines for the civil aircraft sector,” Malmström explained.

If they reach an agreement, she considered they could share it with Russia and especially with China, seen as the great disrupter of the global trade because of the massive subsidies it injects into Chinese industry.

But as EURACTIV reported in May, the US has turned a deaf ear to the European attempts to find an amicable solution and prefers to impose new tariffs.

“We regret that there has been no reaction so far to our proposals,” Malmström added.

The total impact on the bilateral trade could easily surpass $10 billion.

The initial compilation drafted by the US listed European goods worth $25 billions, including around $10 billion on agri-food products, $4.5 billion on industrial products and around $3.5 billion on aircraft and spare parts.

However, diplomats considered that the compensatory tariffs would be much lower than this amount, or the $11.2 billion sought by Trump.

They expected that only the A350 and partially the A380 models will be taken into account to estimate the level of the penalty, while other models (A300, A310, A320 and A330/A340 aircraft models) are no longer under the spotlight.

Meanwhile, the EU drafted a list of US exports to the European market worth around €20 billion and covering goods from aircraft to chemicals and agri-food products (including everything from frozen fish and citrus fruits to ketchup).

In both cases, the compensatory tariffs could vary between $5 billion and $12 billion, officials and experts estimated, although the final figure is expected to benefit the European side.

The US list of products and the total amount is not expected until the second half of October, a diplomat said, as there are still various steps to be completed by the WTO.

In the case of the EU, the volume of the compensatory measures will be confirmed as of early next year, Mälmstrom said.

The likely escalation in the trade war will come during the first weeks of the new Commission, despite the US administration’s earlier promise to “reset” the damaged bilateral relation, but Malmström did not want to interpret the failure to reach a negotiated solution necessarily as a setback.

But Malmström added, “if they want to restart, this [the agreed solution] could be a good thing”.

She reminded that they are allowed technically by the WTO to impose the compensatory tariffs, while the steel and aluminium duties or the potential car tariffs are illegal. 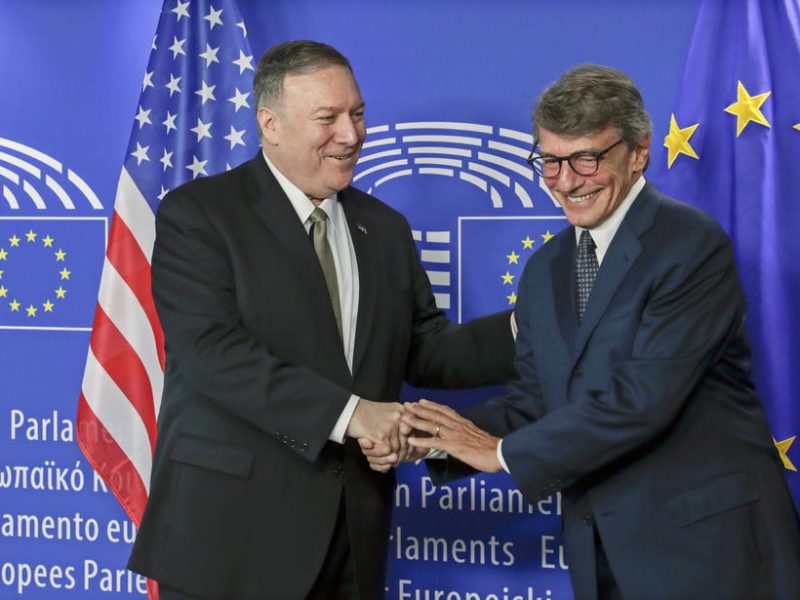