The EU is a net importer of raw materials, in which it has had a trade deficit since 2002. Last year that trade deficit stood at €31 billion. [Parolan Harahap / Flickr]

When Europeans think of mining, they may think of an old-fashioned activity from another era. Over the past 50 years mining activity in the European Union has gone from being a very visible driver of European economic growth to an activity that is more out of sight and out of mind.

But with raw material access coming into question, mining in Europe may be coming back into the spotlight.

Today, the EU imports most of the materials it uses rather than mining them itself. It is a net importer of raw materials, in which it has had a trade deficit since 2002. Last year that trade deficit stood at €31 billion.

While mining in the rest of the world has increased exponentially, it has remained limited in Europe, aside from coal and lignite mining which has declined. That has meant that the EU now accounts for a smaller share of global mining than it did a few decades ago.

The reasons European mining isn’t growing at the same rate as the rest of the world are myriad. Some of the quarries in Western Europe have been mined out, and large concentrations became easier to find in other areas of the globe. Labour and infrastructure costs are also cheaper outside Europe, which means it was less expensive to import the resources than to mine them domestically.

The European mining industry has long complained that it is not operating on a level playing field when it comes to international competition. “The existing extractive industry, in as far as it is exposed to international competition that does not operate to the same standards, needs to be safeguarded against aggressive industrial and economic policies,” says Corina Hebestreit from the Brussels-based industry association Euromines.

There are also concerns that many of the important raw materials Europe imports come from parts of the world lacking political and economic stability – a situation that could be rectified by mining those same materials in Europe. Over 50% of major reserves are located in countries with a per capita gross national income of $10 per day or less.

On the whole, the situation has left Europe dependent on imports for many of the raw materials that are essential to the economy. And as the world seems to be retreating into a protectionist era where supplies could suddenly run dry, many are questioning whether it has been wise for Europe to allow its domestic mining to flatline.

There are already over 450 export restrictions on more than 400 different raw materials worldwide – something economic observers have become increasingly concerned about.

“Perceptions of uncertainty of supply of minerals can incentivise some countries to open mines that were previously considered unprofitable,” says Jane Korinek, an economist and trade policy analyst with the OECD.

“If trade tensions continue and countries wish to guard against supply risks, they may invest more heavily in extractive industries.”

Despite popular conceptions, Europe still has many resources. Europe mines more than 42 different metals and minerals, plus ornamental stones, sand and gravel and aggregates. The situation varies dramatically by geography, but resources are particularly plentiful in Europe’s east and north. The question is how to make the extraction of those materials more economically interesting.

EU policymakers have suggested capitalising on what European mines do well – efficiency. The bloc’s environmental and safety standards, far more strict than in the developing world, may have driven up costs but they have also spurred efficiency and productivity improvements. EU companies are now at the forefront of innovation in raw-materials supply.

But the concern is that the more mining is driven outside Europe, the more that expertise is lost. It isn’t just the technology that could move out of Europe – it’s also the best brains in the business. There is a risk that the research and education that Europe has been invested in then goes to benefit mines in other parts of the world.

In order to reverse the trend, the European Commission has taken a number of actions. It established a raw materials programme in the EU’s Horizon 2020 initiative to award money to innovations in the mining sector. One of those investments was a €7.4 million award in 2014 to a mining initiative called FAME which is trying to find new ways to process certain ore bodies commonly found in Europe, such as pegmatites.

Other projects are seeking to capitalise on Europe’s innovation and research in the area. “The European Innovation Partnership on raw materials is working in various areas to increase access and investment in raw materials,” says Hebestreit. “The European Commission is working on a renewed work programme for the access to raw materials for Europe’s industrial value chains. An industrial policy including these recommendations is expected to be published by March 2020.”

Though there is significant political will to ensure security of supply for raw materials, there is also public opposition to increased mining because of its environmental effects. There is especially strong local opposition to new mines.

The biggest block to new investment may be the sheer costs involved. Mining exploration takes a lot of time and a lot of money. But new technology being developed in Europe could make the process easier, by combining X-ray based technologies and 3D modelling technology. One company working on this technology is Kista, in Sweden. They are developing the X-Mine project, designed to reduce both the costs and time involved in exploration.

The European Commission is now focusing on collecting information about the deposits available in Europe – not necessarily for new mines, but also to expand existing mines or use them more efficiently.

Hebestreit says Europe’s mineral output could be increased without opening new mines by using better data and new technology. “Yes, in principle, but it requires exploration in extending the reserves of the existing mines, it requires investments into modern technologies and it requires in a number of mines to go deeper which requires more energy,” she says.

And then there is the material the EU can mine without ever striking an axe into the ground – recycling scrap.

This so-called “urban mining” has been an increasing focus in the EU, particularly at its annual Raw Materials Week in Brussels. 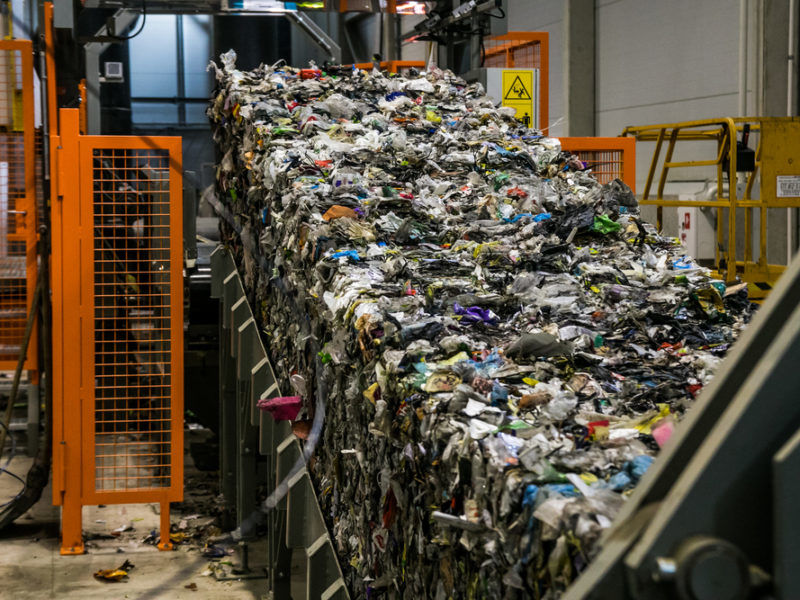 The European Commission has made it an area of focus for the Circular Economy Strategy. The millions of tonnes of valuable materials that are lost to landfilling or export are a lost opportunity for Europe – but the question is how to collect it.

Last year the Urban Mine Platform was launched in order to build a centralised database of information on arisings, stocks, flows and treatment of waste electrical and electronic equipment, end-of-life vehicles, batteries and mining wastes. Last year also saw the adoption of EU waste legislation with increased recycling targets for municipal waste overall, and specific targets for packaging waste – 80% for ferrous metals and 60% for aluminium.

As EU policymakers look for ways to make sourcing raw materials more secure, they have found a variety of different tools in the toolbox. Expanding domestic mining activity may be one of the routes to greater security.