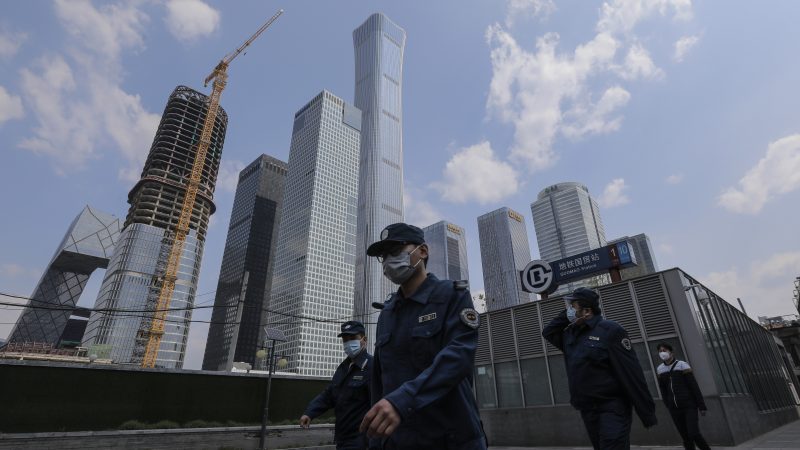 The outrage that followed has spurred fresh action by European Union nations to bolster their defences against hostile takeovers that could see key technologies and know-how being lost to countries like China and the United States.

Although Germany’s CureVac company denied last month’s reports that Trump had offered a billion dollars for exclusive rights to any coronavirus vaccine, the furore nevertheless prompted Economy Minister Peter Altmaier to declare that “Germany is not for sale”.

Days later, European Commission chief Ursula von der Leyen urged the bloc’s 27 members to “use all options to protect critical European companies” from unwanted foreign takeovers at a time when many firms are hit hard by the pandemic-induced downturn.

Some listed companies have seen their share price plummet as they grapple with the economic fallout, making them prime targets for bargain hunters, while previously-niche firms in health technology or medical research are catching investors’ eyes.

The EU last year agreed regulations for screening foreign investments and although member states have until the autumn of 2020 to adjust their national laws, the coronavirus has given the matter fresh urgency.

“Europe doesn’t want to see takeovers of strategically important firms with key technologies or whose valuations are very low at the moment,” said Ulrich Wolff, a partner at Linklaters in Frankfurt.

Germany has been among the first to act, with ministers approving a draft law this month that makes it easier than before for Berlin to block a non-EU takeover of companies deemed strategically important.

The government will also be able to put takeovers on ice while it assesses their impact, preventing the potential new owners from laying their hands on the target firm’s intellectual property.

Neighbouring France has taken similar steps, with authorities now examining bids involving stakes from non-EU investors starting at 25%, down from a 33% threshold previously.

The French government also expanded the sectors that qualify for scrutiny to include food safety and the press.

In a sign that the measures could be starting to bite, the American group Teledyne recently said it had received a “negative opinion” from French Finance Minister Bruno Le Maire on its desired purchase of French firm Photonis, which makes night vision technology.

Italian Prime Minister Giuseppe Conte said earlier this month that the government had widened its powers to halt hostile takeovers in key sectors, from within and outside the EU.

The government is now able to veto not just deals involving critical infrastructure or defence, but also those affecting the health and food industries, the insurance sector and artificial intelligence.

The EU is especially wary of “countries, like China, which operate differently economically and are not security partners”, said Mikko Huotari, director of the Mercator Institute for Chinese Studies.

Although Chinese investments in the EU have diminished over the past three years following a years-long buying spree, “the interest in accessing strategic technology remains”, he added.

Chinese conglomerate CITIC raised eyebrows last week after increasing its stake in Medea, one of the largest Czech media companies, from 30 to 57%.

Expressing concern, MEP and former Belgian premier Guy Verhofstadt tweeted: “We have to be careful that this crisis will not lead to a big sell-out of our companies to the Chinese.”

But China is far from alone in eyeing up a European company going cheap.

According to the Financial Times, Gulf sovereign wealth funds like Saudi Arabia’s Public Investment Fund are looking to snap up EU companies that are hurting now but expected to bounce back after the crisis, particularly in the areas of healthcare, technology and logistics.