The anxiety about our economic future is only increasing as China is paving the way for its economic superiority through unfair practices and massive subsidies.

Against this background, the EU is still struggling to come up with the right strategy to face a highly challenging environment.

The EU’s largest economies, Germany and France, have proposed watering down competition rules and the European Commission’s authority, in order to facilitate the surge of European champions.

But EU officials, national envoys and business representatives put the focus on other areas in a debate hosted by EURACTIV on 8 October.

“There isn’t one single tool for the challenges we face,” said Janne Känkänen, director for EU and international affairs at the Finnish ministry of economic affairs and employment.

But he warned that “competition enforcement is not the silver bullet for all the problems” Europe faces, including the growing competition from US and Chinese titans.

“We won’t go too far if we relax the competition rules”, he added. Instead, he called for the completion of the single market as it offers great opportunities for European companies.

What is needed is a “comprehensive approach” that factors in the climate angle in the industrial transformation, said Lucie Studničná, president of the consultative commission on industrial change at the European Economic and Social Committee.

Liam Bates, executive vice-president at Outokumpu, a global stainless steel manufacturer, argued that Europe needs to lead globally in sustainability while progressing on digitisation “must be another keyword for us.”

The call from Paris and Berlin to limit the Commission’s competences followed the EU executive’s decision to block Alstom-Siemens merger.

Csiszár said that both companies were already European champions as train makers, and the operation did not want to increase their competitiveness but their balance sheet.

Känkänen shared the goal of having “European champions”, but added that the EU competition rules “served us well”. 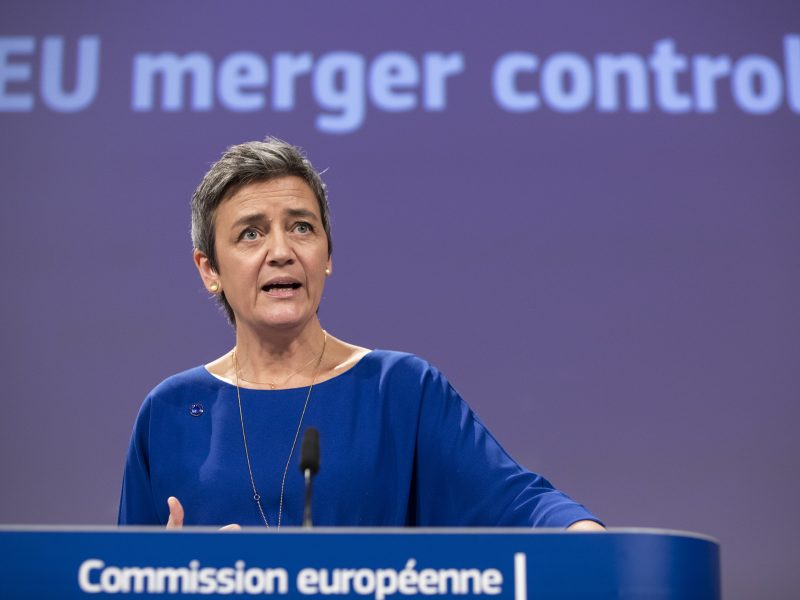 A group of European multinational chiefs proposed a modernization of the EU’s competition rules to face the rivalry of US and China’s companies in the digital age, but rejected France and Germany’s proposal to interfere in European Commission’s exclusive powers.

Instead, he said that the rules should be stepped up in some fields, for example, in order to better regulate the growing influence of platform firms, fuelled by the consumer data they hold.

But Europe should not exclusively rely on big firms to create European champions as middle-sized companies are also leading in their respective sectors.

In Studnicna’s view, there should be a strategy to achieve a “good, smart combination” of big and middle-sized firms.

The future of Europe’s competitiveness is increasingly dependent not only on internal policies such as the industrial policy under review or the internal market; but also on external tools, including Europe’s trade competences and the impact of its regulatory powers beyond its borders.

Europe’s stricter standards on health, environment or consumer protection could be spread through the trade deals the bloc signs. The EU also proved its influence as a rule maker with its data privacy rules, which inspired similar legislation across the world.

Känkänen highlighted that the regulatory role the EU plays could represent a “competitive advantage” for the continent.

Csiszár noted that there could be a “trade-off” between maintaining our social market economy and competitiveness. But he concluded that the ‘European way of life’, including our social structure and public policies that reduce inequality, distinguishes us from the rest of the world.

“It is something we can be proud of and it attracts people,” he added.