Divisions between the EU’s geographical blocs are complicating the process of picking a European candidate to lead the International Monetary Fund (IMF), as the EU wants to agree on a nominee as soon as possible to retain the Fund’s chair.

31 July marks the end of the self-imposed deadline set by the Europeans to agree on their choice for the IMF Managing Director.

However, the divisions between Northern and Southern member states and the difficulties that the bloc could face to clear the way for consensus candidates are complicating the selection process.

The race is still open, with the five shortlisted candidates all still with a chance of securing the post, according to French sources.

These are the Eurogroup president Mario Centeno; his predecessor Jeroen Dijsselbloem, Spain’s Minister of Economy, Nadia Calviño, Finnish central banker Olli Rehn and the CEO of the World Bank, Kristalina Georgieva, the most recent addition. 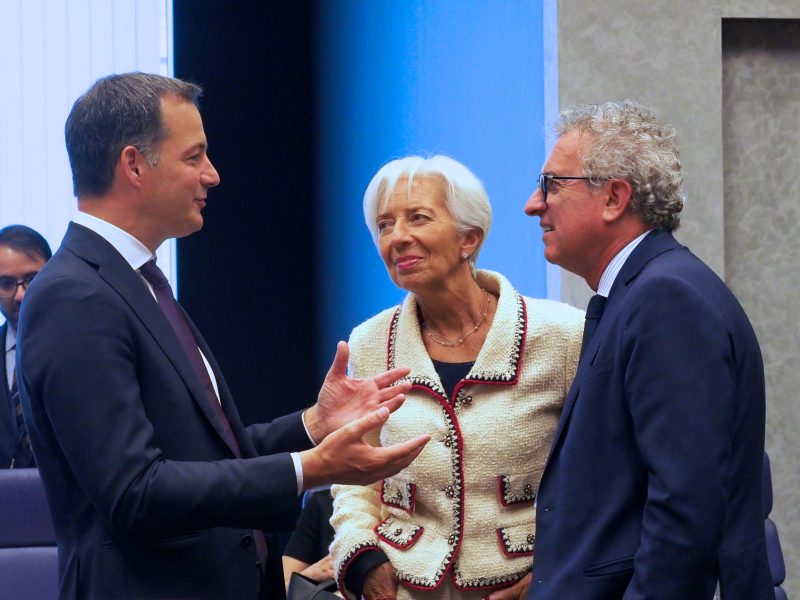 France is coordinating the process among the European nations. However, French officials did not clarify whether the intention is to wrap up the discussions during the first week of August, or whether a teleconference among EU finance ministers is planned for the next few days to take a decision.

Europe has always led the Fund since the institution was founded in 1945, in order to counterbalance the US nominating the chair of the World Bank.

But the difficulties of picking a successor to Christine Lagarde, who leaves the Fund to lead the ECB in November, could increase the chances of candidates coming from other regions.

A French official said on 26 July that the goal was to progress “as fast as possible” to reach a consensus.

“This is in the Europeans’ interest in the first place,” the source added.

The IMF told its members to put forward candidates by early September. The election should be completed by 4 October.

A diplomat told EURACTIV.com that the EU was divided between North and South countries. Dijsselbloem, supported by Germany and Northern capitals, is opposed by the Southern members, because of his hawkish positions on economic matters, and during the eurozone debt crisis, and the derogatory comments he made about them two years ago.

Rehn, who was the EU’s economics commissioner at the height of the eurozone debt crisis, also holds orthodox positions in economic policy.

Another national diplomat said that the profile for the IMF is “clear”: it needs to be an experienced minister or central banker, from the eurozone, with first-hand experience at steering complex negotiations with financial institutions and political bodies like the Eurogroup.

France proposed Georgieva as a consensus candidate to bridge the differences between the geographical blocs.

Her name emerged as an option for the European Commission presidency, and her election for the IMF job would serve to compensate the Eastern member states, who ultimately did not take any EU top positions for the next term.

But Europeans would have to convince the rest of the IMF members to change the internal rules, as Georgieva exceeds the age limit of 65 (she will be 66 in August).

One response to “Europe splits over IMF leadership”