Germany's investments in education lie under the EU average. The European Commission sees it as a priority for Germany to increase its spending in education. [shutterstock]

One would expect that increased digitisation would ensure less work is needed but the European Commission has stated that EU member states will face exactly the opposite. EURACTIV Germany reports.

In the European Commission’s annual recommendation, Germany has been warned that it needs to make work more attractive and invest more in education. The same is said in the Commission’s report written in partnership with IIASA.

In the year 2060, the population over the age of 65 will represent 32% – compared to around 20% today. This is the estimate given in the new “Demographic Scenarios for the EU – Migration, Population and Education” report, written by European Commission’s Joint Research Centre (JRC) in partnership with the International Institute for Applied Systems Analysis (IIASA).

From the low fluctuation, they conclude that there needs to be more investment in education. The aim is to give more people access to the labour market and adjust the employment rate to that of Sweden. The goal is to ensure that more people work longer. This recipe could prepare EU member states for an increasingly ageing society.

“Why should Austria and Italy not have the same employment rate as Sweden and Finland? Of course, one does not want to carry out dull jobs into old age but with meaningful work, happiness increases,” said Wolfgang Lutz, director of the World Population Program at IIASA and the study’s main author.

A further way to preserve an ageing society lies in allowing men and women to equally participate in the labour market. If men and women were equally employed, the proportion of a working population would only fall slightly. Then there would be 123 dependents for every 100 workers – compared with 108 to 100 today.

However, if the current trend were to continue, the number of dependents would rise to 133. With the help of more comprehensive integration measures, this could be reduced to 126.

This is also one of the central points outlined in the EU Commission’s current country-specific recommendations.

Regarding Germany, an EU Commission official told EURACTIV that “it is essential to increasingly engage those who remain less involved, such as women and migrants.”

Germany must create more incentives to work longer. For example, direct taxation on labour should be reduced, and indirect taxes increased instead.

The official also considered it a paradox that Germany has a very low unemployment rate but wages are barely increasing. 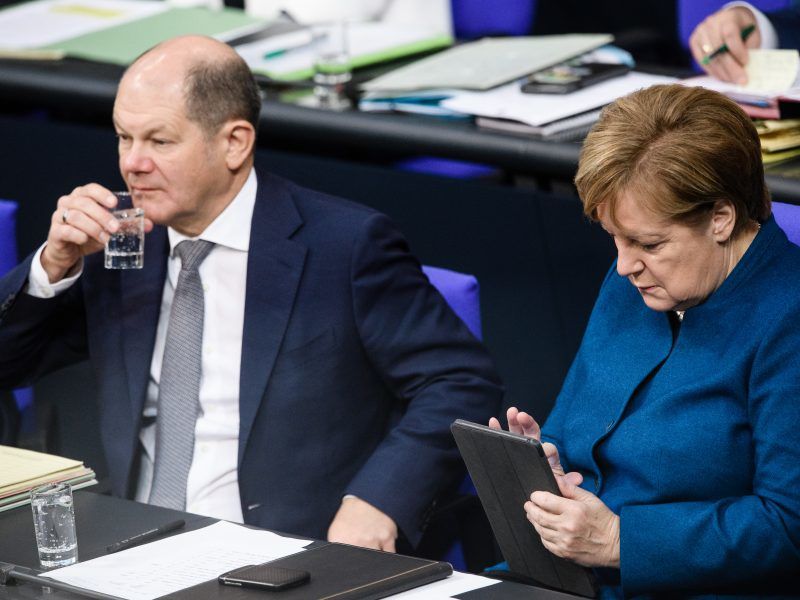 Germany’s high current account surplus is now a less urgent problem. It has fallen from more than 8% a few years ago to 6.7% currently and there are plans to lower it to 6%.

The slow balance is due to rising demand at domestic level and increased investment from both the private and public sectors.

Instead, the EU Commission now focuses on education failures.

At 4.1%, Germany’s public spending on education in 2017 was lagging behind the EU average, which is at 4.6%. The Commission also criticised the “rather rare” opportunities to climb the social ladder via the German education system.

“As there is already a considerable shortage of teachers, the increasingly heterogeneous classes mean that great efforts must be made to strengthen the teaching staff,” the Commission wrote.

There are still 7.5 million people without basic literacy skills – but education is the key to future success in the labour market.

The European official commented that Germany’s great hurdle for the future would not be the current account surplus, but failures in education policy.

The Organisation for Economic Cooperation and Development (OECD) defended a larger budget for the EU, saying the bloc's funding is already “stretched” despite new challenges  like digitalisation.