17 million Europeans work in a different member state to their country of origin. [European Youth Forum]

With the adoption of the report on the coordination of social security systems in Strasbourg on Tuesday (11 December), MEPs extended the period of rights’ portability to six months.

This could even be extended by the member states to beyond the minimum of six months – to the whole period of unemployment entitlements. While this provision helps jobseekers’ mobility within the EU, it was contested by a section of the European right-wing, who criticised a potential windfall effect for the unemployed.

A French citizen seeking work in a European country where the cost of living is cheaper would therefore be better off than a French person looking for a job in France. Despite the reservations expressed, the provision was adopted by a comfortable majority by MEPs in the plenary vote (345 votes in favour, 287 against and 24 abstentions).

“False accusations, such as that of social tourism, have long served as an excuse for the refusal to recognise identical social rights or the refusal of any coordination effort. This can’t happen again,” said the French rapporteur Guillaume Balas from the Group of the Progressive Alliance of Socialists and Democrats (S&D).

“Refusing the negotiating mandate today amounted to burying the report and burying the major advances for European workers’ rights. I am pleased that the union of progressives has allowed a majority to be obtained in favour of ‘social Europe’, of a Europe of equality,” stated Balas.

Guillaume Balas’ report should also provide a framework to more effectively fight against fraud in the posting of workers. The report aims to better identify so-called “letterbox” companies by ensuring that workers are registered with a social security system in the member state where they carry out their main occupation.

Also on 11 December, MEPs adopted a text on creating the European Labour Authority, another measure that supports “social Europe.” This new kind of European watchdog will be responsible for applying social rights on the internal market and could be operational from 2019, if the member states quickly reach agreement on the matter. 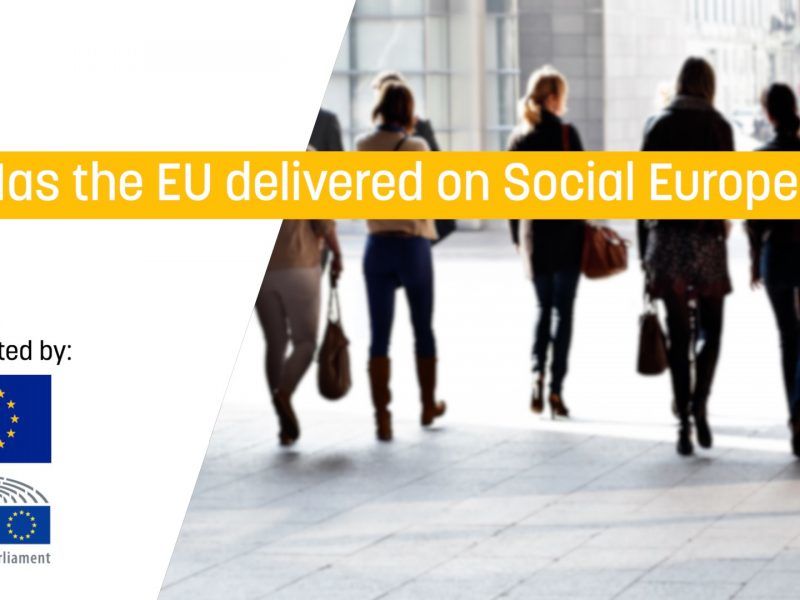 Has the EU delivered on Social Europe?

With only 5 months before the European elections, we discuss whether the European Union has really delivered tackling the social challenges facing citizens and what are the priorities for the new legislature.