Europe’s most innovative start-ups include a belt that tells you where to go, lego-like modular solar panels and smart chemicals that give wood a second life. But ‘unicorn’ companies are a rare species in Europe: EURACTIV went to Budapest to learn what the EU does to breed more of them.

Unicorns are rare, but they do exist. They don’t have spiralling horns or rainbow manes but are business ventures that quickly become worth over $1 billion, typically under a few years. Some names include Airbnb, Uber and Dropbox.

They have the potential to disrupt whole sectors, are statistically rare (fewer than 300 since 2003), and disproportionately American (148) or Chinese (69). So where are Europe’s Unicorns?

Quite a few wannabe unicorns were gathered in Budapest at the European Institute for Innovation and Technology (EIT) awards.

This lesser-known EU body was set up in 2008 to spur innovation and entrepreneurship across the bloc. Their mission is to bridge the gap between academia and the industry and create the enabling environment where Europe’s most promising companies can grow.

Its flagship program is the EIT award scheme, which every year selects Europe’s most successful start-ups and rewards them with cash prizes and notoriety, hoping to see them grow into fully-fledged unicorns.

Prizes aren’t big – they range from €15,000 to €50,000. But they can mean a lot for scientists and aspiring entrepreneurs eager to start a company. 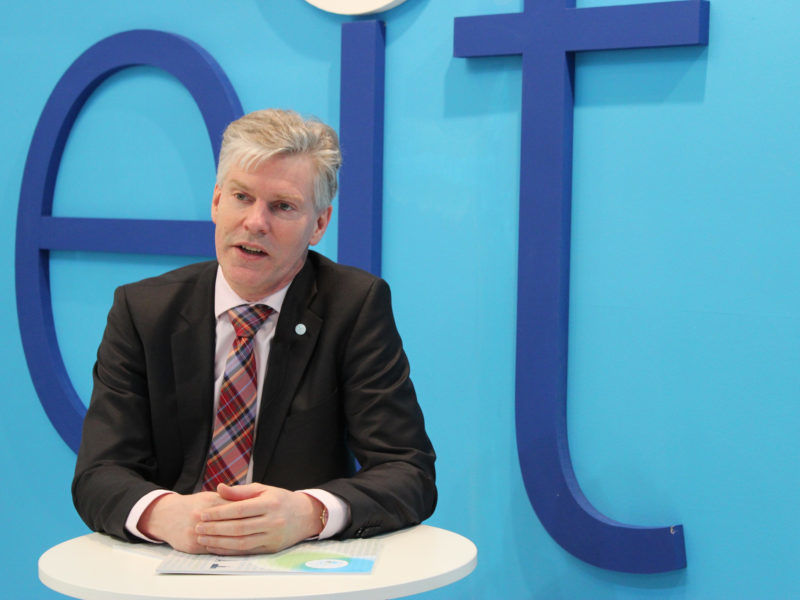 Europe lacks a “global mentality” when it comes to innovation in the digital technology sector, Director of the European Institute of Innovation and Technology (EIT Digital) Willem Jonker told EURACTIV Spain.

In 2017, award nominees counted eight women entrepreneurs (out of 20) – a 22% improvement on last year. Women are underrepresented in STEM subjects (science, technology, engineering and mathematics), because the image of most STEM occupation is not gender-neutral.

The idea of a scientist is often associated with white-coated men in labs, but it is a highly creative process, according EIT award-winner Florence Gschwend. “I learned that I didn’t want to be someone who does repetitive work”, she said.

Florence, a chemistry PhD holder, patented a chemical process to recycle waste wood. Europe produces about 70m tonnes of waste wood a year, of which half ends up in landfill, often polluting the environment with heavy metals from paint residues.

Her inexpensive process cleans and separates wood components – which can then be used to produce sustainable biofuels and other materials. And it’s almost carbon neutral because it uses one of the wood’s recycled components (lignin) as a source of energy.

Her product exploits an unused resource to produce energy, in a clean loop: “Because we are using a waste feedstock, our carbon balance is really good, as long as we don’t increase shipment of waste woods. We want to make sure it wood is treated as locally as possible.”

Social can be profitable

A common trait of these wannabe unicorns is their engagement: they want to leverage the potential of innovation and business to tackle huge environmental and social challenges. This is what Siten Mandalia, CEO of Solaris, is doing with off-the-grid solar technology.

Solaris wants to cater for the energy needs of the 1.2 billion people who live off the grid, by providing them with modular solar panels. They combined this modular hardware with pay-as-you-go systems, allowing customers to upgrade according to their need.

Using solar in developing countries is nothing new- extensive research has studied how access to electricity has a direct positive impact on education.

“What we have done is made it modular and pay as you go. The customer can increase their solar panels and battery capacity. They can power anything from a laptop to a refrigerator,” said Mandalia, allowing people to start small businesses.

Solaris is partnering with Microsoft to bring internet access to their customers. And is already running profits.

“I want to prove that businesses that are social can be as profitable and as attractive to all investor types,” said Mandalia. 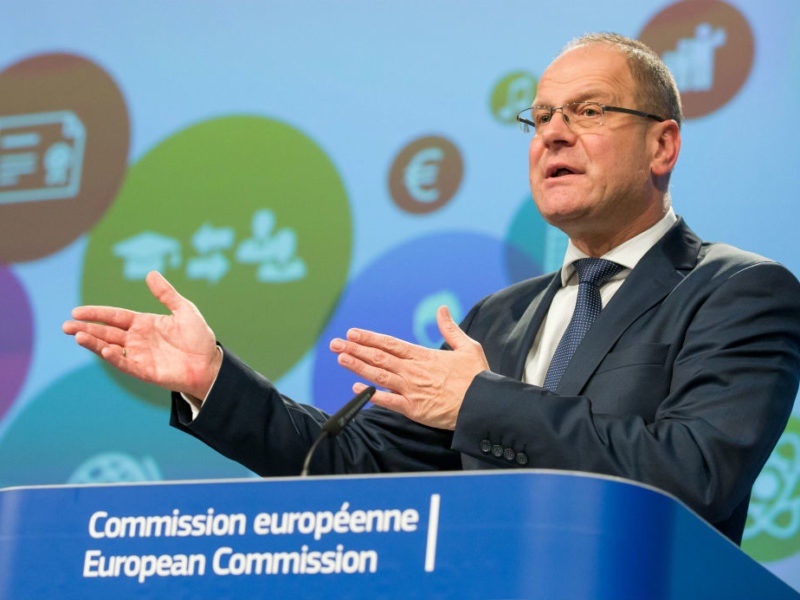 From research to market

Business ventures on display at the EIT awards also shared something else: they almost all were a spin-off from university labs and research projects.

FeelSpace is a navigation belt that gives you directions by vibrating. It can point north, or by connecting with purpose-built apps, guide you to your hairdresser appointment – leaving your hands and eyes free.

The product, already on the market, is a huge benefit for Europe’s 30 million blind or visually impaired people, as well as for cyclists.

But originally, Julia Wache’s research team was simply seeking to give people “the North sense, like some birds have.”

When participants in their study liked the belt so much they wanted to buy it, Julia saw the opportunity for a business venture.

It will also expand its operations across the bloc: “Geographically, a lot of EIT activities have been centred around centres of excellence, but we want to have a pan-European scheme. Make EIT services available all over Europe,” said Kern.

Since EIT’s inception in 2008, Kern estimated that 300 startups received an award and over 800 have been supported by a network of 1,000 partners from Academia and the business world.

“EIT is about brining ideas, products and services to the market. It is delivering what it has been set up to and it is changing the face of innovation Europe.”