“We need a good MFF (Multiannual Financial Framework) for the next seven years,” said Lucas Guttenberg, deputy director of the Berlin-based Jacques Delors Centre, referring to the EU’s long-term budget.

“And then, an instrument that really helps us share the burden, which means channelling funds to the countries that are most hit by the virus and by the economic fallout of it,” he told EURACTIV.

“It’s not either-or. It has to be both,” agreed Marta Pilati, a policy analyst at the European Policy Centre, who added: “the EU budget is not the right tool for recovery.”

According to Guttenberg, the main instruments of the EU budget, the Common Agricultural Policy and the EU structural funds, are aimed at long-term development and are therefore “not built” to face an emergency situation.

“We need an instrument that is more agile than that,” he said.

The European Commission has channelled un-allocated regional funds to support countries confronting the virus and eased transfers between programmes, unlocking around €37 billion. The measure faced criticism as countries which had unused funds were not necessarily those more affected by the pandemic.

The EU executive is now exploring options allowing for greater flexibility in the new EU budget proposal due to be presented on 29 April. The goal is to make the EU budget more resilient in case of an acute crisis such as the COVID-19, and to front-load money over the first two programming years in order to finance the recovery.

Zsolt Darvas, a senior fellow at the Bruegel economic think tank in Brussels, said greater flexibility could help countries fill financing gaps. But he warned it could also jeopardize long-term goals such as the European Green Deal or the EU’s digital agenda.

The recovery plan cannot be a trade-off between funding EU’s objectives and recovery, Pilati agreed. “The EU’s priorities will not just go away,” she pointed out. 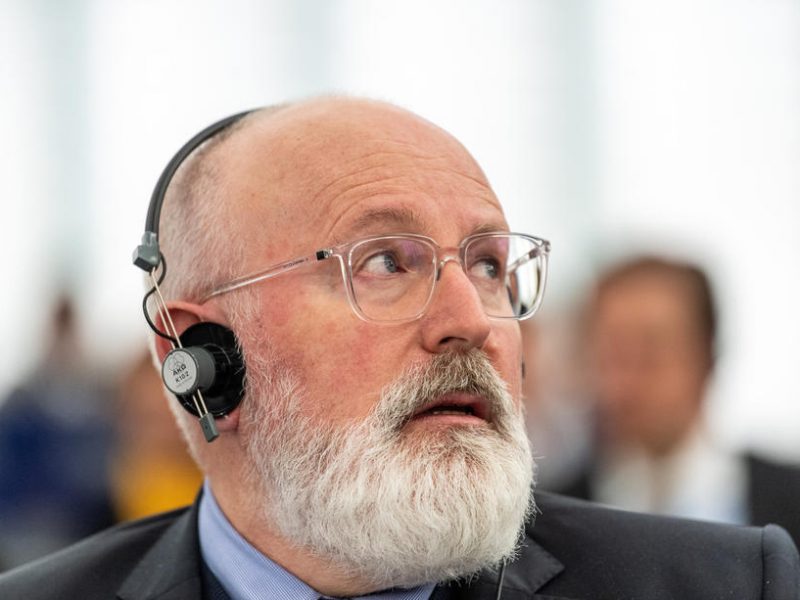 EU experts argued that linking the recovery plan to the EU budget would make negotiations on the MFF even more difficult as it would mean changing the structure of the budget and its distribution logic to target the consequences of the COVID-19 crisis.

The EU budget is a highly regulated instrument and creating a recovery plan within its already complex structure would be legally complex and politically risky, they pointed out. Member states were already fighting over numbers before the coronavirus outbreak and adding a layer of complexity won’t help reaching a deal, they warned.

“My fear is that if we try now to mix up the two, then we end up with something that looks very similar to the MFF and doesn’t really help the countries that are most in need,” Guttenberg argued.

Instead, Guttenberg said the EU should set up a ‘Pandemic Solidarity Instrument’ to issue bonds on the market which are backed by member state guarantees. The money would then be redistributed to hard-hit countries and invested in targeted areas such as healthcare,  unemployment benefits and economic stimulus programmes.

“It’s really important to find a solution that is targeted to this specific crisis,” Guttenberg insisted, “but at the same time, I think we also know that some countries are just inherently more vulnerable to this crisis than others and that should be reflected in the design.”

Zolt agrees, saying the recovery fund should be targeted at countries that are most heavily affected by the pandemic or the economic consequences of lockdown measures.

“The main point here is what to do with this money, whether you lend it to countries or you give grants, and that’s where the big divisions would be,” Pilati said.

Contrary to proposals circulated so far, EU experts also advocated for a system of grants instead of loans, in spite of opposition from thrifty Northern European countries.

“What the Eurogroup agreed last week, basically, was just creating more debt,” Zsolt Darvas said. “If the debt has low-interest rate and loan maturity it can be helpful but it’s not a game-changer,” he cautioned.

The issue of debt creation is probably the most sensitive in the debate. “Although the risk of a debt crisis is very low, this is not an excuse to keep increasing debt levels in the long term,” Pilati argued, warning this could create sustainability problems in the longer term.

Everything that matters now is facing the current crisis, even though Italy, Spain and other southern EU countries were already facing fiscal problems before the crisis, Darvas argued.

“The spending should be proportional to the nature of the problem,” he explained, saying payback periods in the long term should be linked to economic performance.

“If we do nothing, inequalities will be wider,” Darvas warned. “If we are able to engineer a really decisive big fund, temporary and planned to support the recovery, then there will no need for revising the MFF.”