EU finance ministers will discuss how to combat harmful tax practices within the EU during their informal meeting in Berlin this weekend, according to the German presidency’s preparatory documents seen by EURACTIV.

Taxation is on top of the agenda of the German presidency of the Council for this semester. The efforts for setting up a digital tax and a minimum corporate tax at the global level will be part of the tax discussions on Saturday.

But Germany also wants to address the fiscal dumping inside the EU, facilitated by “sweetheart deals” that some governments offer to multinationals to bring their tax bill close to zero. 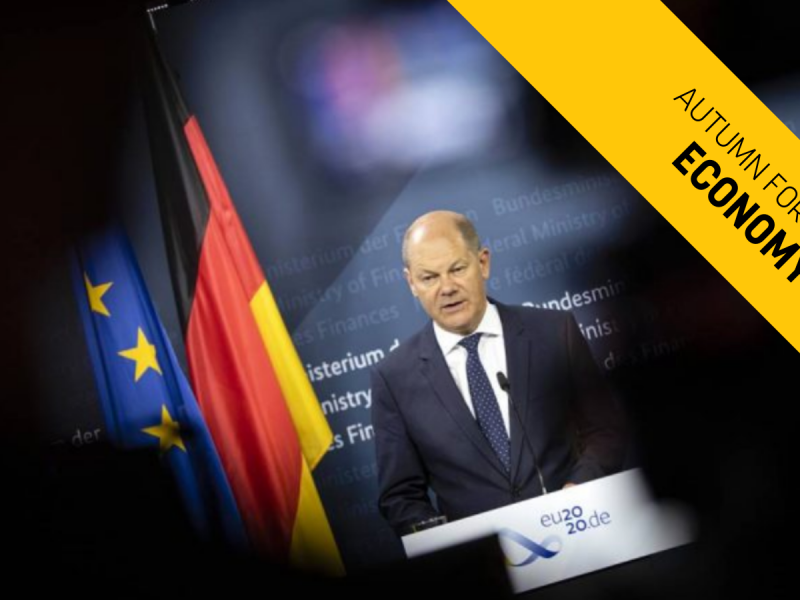 Economy agenda: Recovery and taxation to dominate the EU's priorities

In order to combat these practices, the EU finance ministers (Ecofin Council) will discuss a reform of the Code of Conduct Group, which was set up to fight against unfair tax competition inside Europe and elsewhere.

Ministers will explore which elements of the Group’s mandate, unchanged since 1997, should be amended.

“These changes to the mandate are necessary to ensure that the group can continue to make a constructive contribution to fair and effective taxation,” the document said.

According to an Oxfam report, Cyprus, Ireland, Luxembourg, Malta and the Netherlands would be listed as tax havens if the EU criteria for foreign jurisdictions were applied to member states.

Another tax-related matter to be discussed by the Ecofin will be the design of new duties and levies to finance the €750 billion EU recovery fund to overcome the crisis caused by the COVID-19.

The German presidency wants to exchange views on Friday on the member states’ priorities and concerns ahead of the Commission’s proposal for a carbon border adjustment mechanism, a digital levy, or a revised Emissions Trading System.

Ministers will be also asked whether other new taxes that support certain EU priorities (like the green agenda) should be created to finance the unprecedented borrowing from the markets to finance the recovery.

“Linking EU policies with revenue for the EU could be a new route in the enforcement of common policies while creating revenue which can be described as a true ‘own resource’ for the EU, which in turn can contribute to overcoming the ‘juste retour’ dilemma,” the German document reads.

The ministers will not only debate how to finance the recovery fund but also how to spend the big stimulus, in particular the €672.5 billion of the ‘Recovery and Resilience Facility’.

The ministers will discuss on Friday the economic situation, what policies should be prioritised in the recovery, and how to use the recovery facility to overcome the most severe recession in the EU’s history.

The preparatory document says that member states’ plans to unlock the EU funds should include “ambitious” reforms and investment projects to make their economies and the EU more resilient. They should address country-specific challenges, especially those identified by the Commission in the context of the country recommendations.

The Ecofin foresees deciding by next spring on the national plans submitted to access the recovery funds.