Finland has lofty ambitions for its semester chairing EU ministerial meetings. Helsinki wants to focus on the rule of law, improving the EU’s competitiveness and social inclusiveness, boosting the EU’s position as a global leader in climate action, and protecting citizens.

In several ways, Helsinki can be seen as Europe’s capital of renewal. The coalition government led by Antti Rinne (Social Democratic Party) came to power earlier this month as part of a new wave of centre-left governments taking power across the EU.

One of the government’s first political announcements was to proclaim the country’s intention to reach carbon neutrality by 2035, well ahead of the 2050 objective currently being debated for the European Union as a whole.

The country also has two well-positioned candidates to take over the presidency of the European Central Bank (ECB) from Mario Draghi in November, including Erkki Liikanen, a former central banker and EU Commissioner.

And Finland will assume the rotating presidency of the EU on 1 July, the same day that European leaders are expected to nominate the new presidents of the EU institutions.

Speaking to a group of journalists invited to Helsinki by the incoming EU Finnish presidency, Rinne said it was “likely” that the summit will agree on a package of nominations next Monday.

This is despite persisting disagreements between Germany and France over the very process of nominating the next European Commission President. 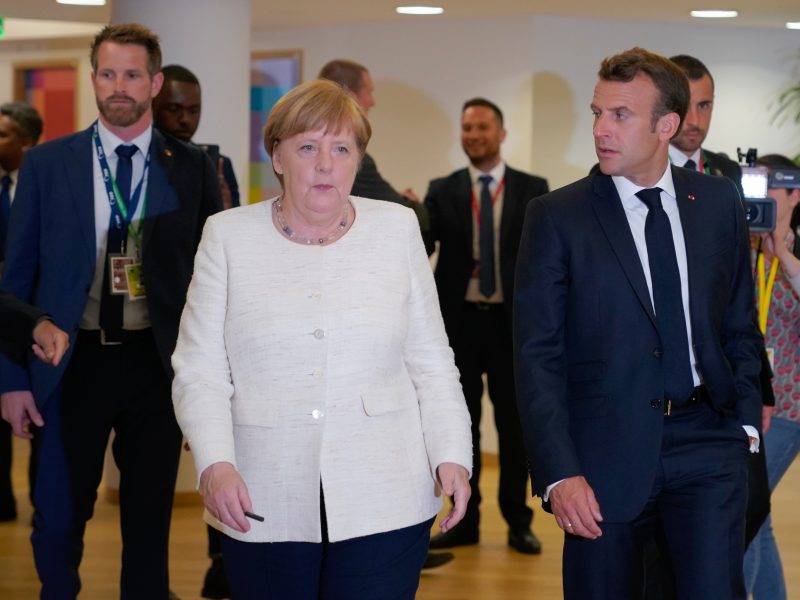 In Helsinki, the new period opened by Rinne’s centre-left government does not necessarily mean a change in the country’s longstanding positions, in particular with regards to the euro area.

“Each country needs to take responsibility for its economic policies,” Rinne said in reference to ongoing discussions about a eurozone budget to stabilise countries in difficulty, which Helsinki opposes.

But in contrast with the radical opposition of The Netherlands, Rinne accepted that a “small eurozone budget” could be introduced to support investments in the single currency area. He stressed, however, that it should be part of the multi-annual financial framework (MFF), the EU’s long-term budget.

The new Finnish government is also open to minimum solidarity among eurozone partners and is ready to reconsider public spending on education and other investments under the EU’s Stability and Growth Pact.

But the openness to review some aspects of the EU’s fiscal rules does not imply that the new executive in Helsinki softened its stance towards countries breaching the rules.

Asked about the looming sanction procedure against Italy for overspending, Rinne stressed that “we need to respect the rules…the rules don’t change when the government change”.

Finland’s staunch defence of the EU’s common rules not only covers the EU’s spending limits but also the rule of law.

The Finnish presidency is preparing to step up its pressure against Hungary as soon as next month, as it would try to push forward the sanction procedure against the government of Viktor Orban as fast as possible.

Rinne told reporters that “It is not possible to tell our citizens that we are going to give money to countries that do not follow the rule of law.”

Hungary, together with Poland, the Czech Republic and Estonia, will play an important role on whether the Finnish government can wrap up a successful presidency, whose motto is  “sustainable Europe, sustainable future”.

These four countries are dragging their feet to accept 2050 as the date to reach carbon neutrality in Europe.

Still, Finland is confident it can convince these governments during its semester, as they only need additional time to estimate the economic impact of the transition and to convince their citizens.

“The EU must play a global leadership in climate action,” said Rinne.

The climate discussion will be very much tied with negotiations of the EU’s next long-term budget for 2021-2027, also known as the Multi-Annual Financial Framework, or MFF.

Steering the budget talks will probably be the biggest political priority for Helsinki in the coming semester. Some countries including Poland want more funding to smooth the transition toward a greener Europe.

Rinne said it was “likely” that a budget agreement will be reached by the end of December, the target date for completing the talks.

But a deal among the 27 EU member states will be complicated by the UK’s withdrawal from the bloc, scheduled for 31 October. A no-deal Brexit is expected to cut EU resources available by an estimated €45 billion.