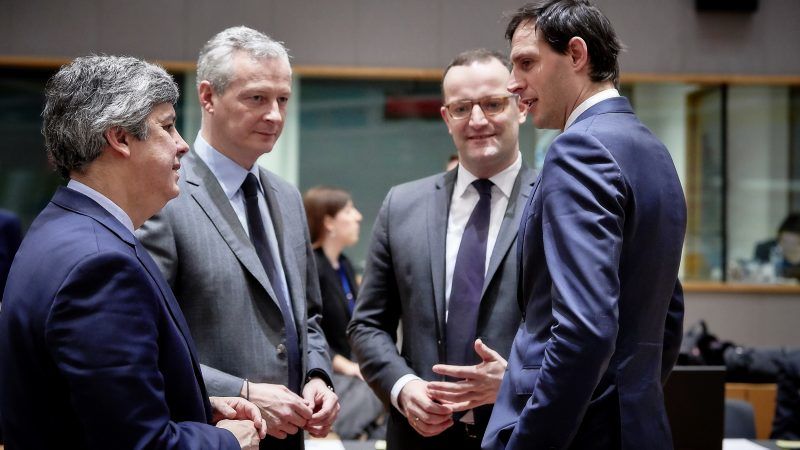 The impulse to carry out EU reform, sparked by Emmanuel Macron’s victory in France almost one year ago, is losing its vigour as political instability persists and a group of countries have solidified their opposition to bold changes.

Europe’s finance meetings, both in the eurozone format (Eurogroup) on Monday and the EU as a whole (Ecofin Council) on Tuesday, were the perfect occasion to test the waters before the EU leaders summit next week.

As agreed last December, the European Council was expected to kick off a process to draft the eleventh roadmap to complete the economic and monetary union. The leaders should endorse the blueprint at their next gathering in June.

However, the past months barely served to narrow the member states’ differences over the most controversial issues, while the context became increasingly challenging.

“The window of opportunity opened, but it would not last forever,” Commissioner for Economic Affairs Pierre Moscovici said after the Eurogroup on Monday.

“We remain very much committed to presenting a package of measures by June for completing the banking union and reinforcing the European Stability Mechanism for future crises,” added Eurogroup President Mario Centeno.

These two elements are seen as the low-hanging fruits in the process. But the Portuguese finance minister pointed out that a fiscal capacity for the region, the most controversial element, “is not off the table”.

“It is a matter of timeline and sequencing but we are committed to bringing proposals on that front as well,” Centeno said.

The Eurogroup will draft proposals based on the mandate given by the leaders late next week.

A eurozone budget worth several percentage points of Europe’s GDP to stabilise the region in case of shocks was Macron’s flagship proposal.

The idea was somewhat included in the coalition agreement in Germany and picked up by the European Commission in a watered down version.

But Centeno admitted that the idea is “in the early stages”.

This fiscal capacity, both as a fiscal stabilisation function but also to support investment is “a long-term issue”, said the Portuguese minister.

The governments also remain stuck in a debate on the proper sequencing to mutualise risks between national banks across the bloc.

The plan is to set up a common guarantee scheme and clean the banks’ balance sheets of ‘bad loans’.

For the Commission, the ECB, and various countries both the mutualisation of risks and risk reduction must go hand in hand.

Progress has been made on the risk reduction front, they argue. The overall non-performing loan ration in Europe stands at 4.6% in the second half of 2017, down by a third since the end of 2014.

In addition, the EU executive has “over-delivered” in terms of proposals to bolster the banks’ position, said vice-president Valdis Dombrovskis on Tuesday.

But a group of eight Nordic and Baltic countries led by the Netherlands considered that the risk reduction has to progress further – a view also shared by Berlin.

The group said in a document that national reforms and fiscal adjustments “should have priority over far-reaching proposals” like the ones proposed by Macron.

The group is not the only obstacle to turn the positive momentum signalled in the second half of last year into concrete progress. 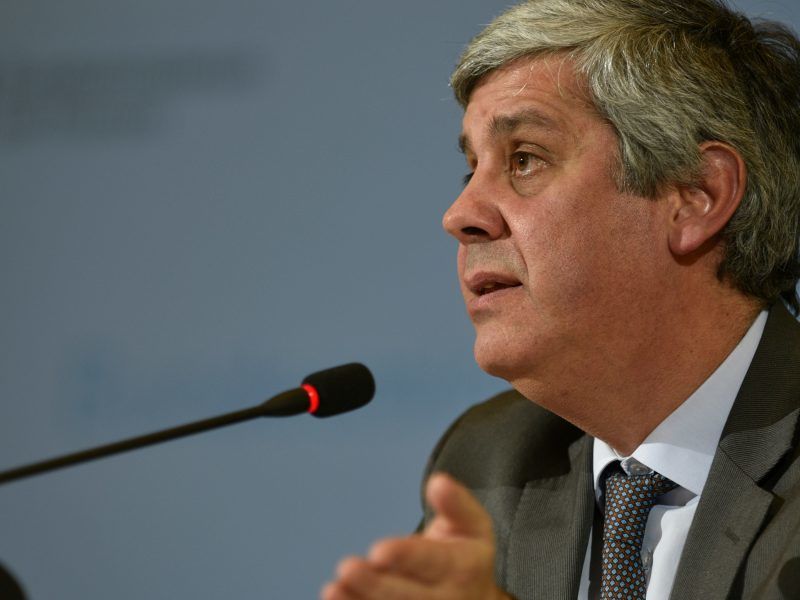 The inconclusive elections in Italy and the victory of parties that oppose any push for ‘more Europe’ complicates further the eurozone integration process.

Following half a year of political paralysis in Berlin, a new German government will take over today.

Despite the stalemate situation, France and Germany progressed at the technical level over the past weeks to find areas of convergence on the reform agenda.

But now “the political message needs to be there from the very top”, an official with knowledge of the discussions told Euractiv.

Chancellor Angela Merkel will meet with Macron in the coming days ahead of the next EU summit. French Finance Minister Bruno Le Maire will meet with his counterpart, the new German finance minister Olaf Scholz, on Friday. 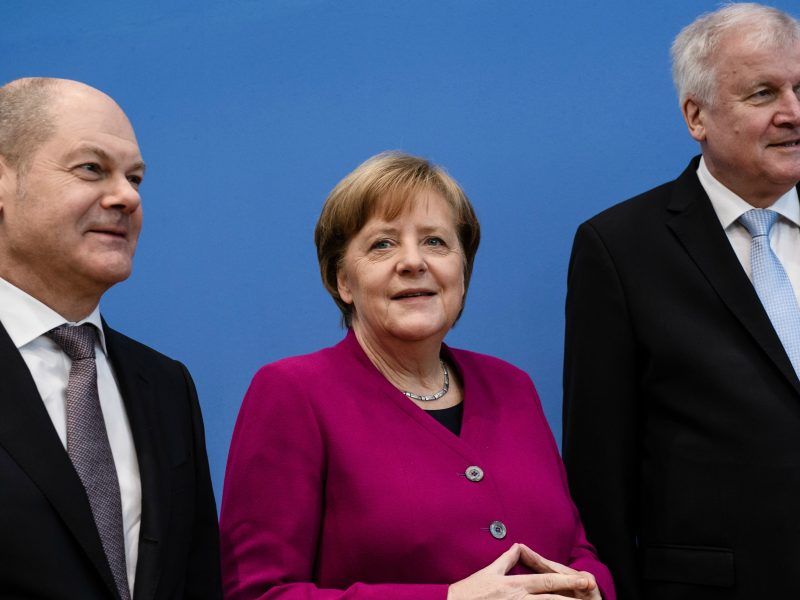 German Chancellor Angela Merkel said yesterday (12 March), two days before she is to launch her new government, that she will pay a quick visit to French President Emmanuel Macron to discuss EU reform proposals.

The Franco-German engine is expected to come up with a proposal that will shape the leaders’ debate next week.

But no one is trying to belittle the difficult task ahead.

“It is a complex and difficult process… probably the most important reform since Maastricht treaty, said Spain’s new economy minister, Román Escolano,on Tuesday.

To date, there are “converging views”, Centeno said, on issues like bolstering the European Stability Mechanism’s powers to cope with future crisis or to use its funds as a backstop for the common fund to resolve ailing banks.

But for France, this is not enough. “For us, more ambition is needed,” an official said. 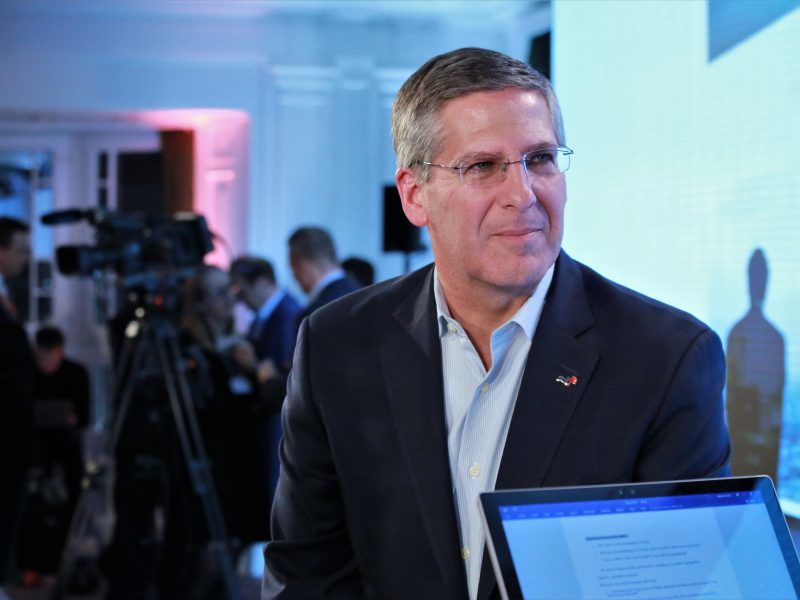 Paris is aware that there is quite a lot of work to do and that Germany will not sign off on its proposals immediately, despite the renewed understanding between the two largest European nations.

As the political tenure is nearing its end before the EU elections next spring, the window of opportunity will soon start closing.

June summit may be the last opportunity to come up with objectives and actions to materialise the momentum hailed over the past years.

“I aim at reaching some common ground by the June summit,” Centeno told EU finance ministers on Tuesday.

Europe is running out of time to repair the roof of its economic and monetary union while the sun is shining. Otherwise, unmet expectations could confirm the bloc’s curse: progress only comes in the darkest hours of a crisis.