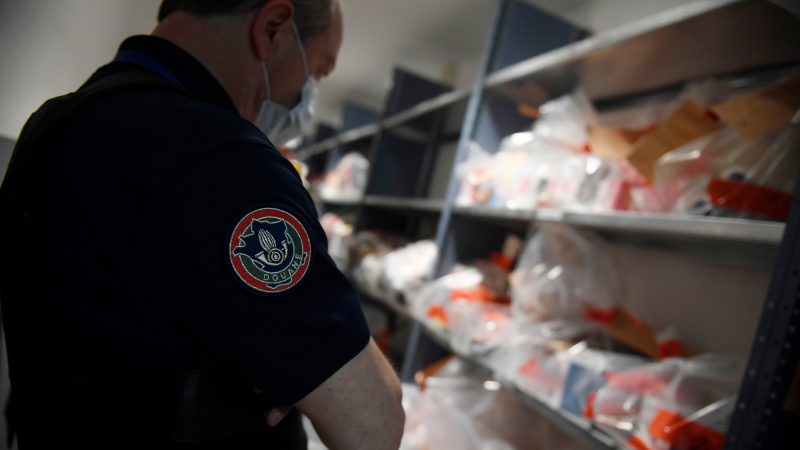 In an evaluation report on France’s capacities to detect and combat illicit financial activities published on Wednesday (18 May), FATF underlined the country’s “robust and sophisticated framework to fight money laundering and terrorist financing,” highlighting that efforts have “obtained very good results, depriving criminals of considerable amounts.”

FATF is an international organisation dedicated to fighting money laundering and countering terrorist financing (AML/CFT) and proliferation. Hosted by the Organisation for Economic Cooperation and Development (OECD), it aims to harmonise AML/CFT practices across countries and set international standards to better combat illicit financial activities.

FATF runs mutual evaluations, where member states of the organisation analyse and review each other’s regulatory system and applicable criminal tools. It also assesses the degree of implementation of FATF recommendations in national practices and legislation.

According to the two and a half year-long investigation, France has set out a number of impactful reforms to reinforce anti money laundering practices over the past ten years. These include the creation of dedicated institutions, such as the Central Office for the Fight Against Corruption and Financial and Tax Offences (OCLCIFF), the French anticorruption agency (AFA) and the National Financial Prosecutor’s office (PNF).

The latter was created in 2013 to streamline the handling of court cases related to financial crime in France, and developing cross-border cooperation with partner international authorities. Since 2014, the PNF has handed back over €10 billion to the public purse.

The report also highlighted the importance of the financial crime intelligence service TRACFIN, which it states “plays a vital role in the AML/CFT system,” both nationally and internationally. TRACFIN substantially contributed to the adoption of the 2019 EU Directive on access to financial information for law enforcement.

FATF also added that France takes on an “active role in proposing designations to the EU and UN sanctions list”.

In a press release, Didier Banquy, president of COLB, the national advisory board for AML/CFT, said that France had “considerably strengthened [the board’s] operational and legal arsenal to be able to tackle these threats in [the] country.”

However, he added: “It is essential to maintain ongoing vigilance, to adapt and to update our risk assessment, as criminal practices evolve rapidly according to the different opportunities.”

The unknown risks of drug trafficking in overseas territories

Critical gaps remain, however, in France’s control over profits from illegal trade in the country’s overseas territories.

“It is true that there have been improvements, especially with TRACFIN’s remarkable work”, a source involved in the FATF report’s creation told EURACTIV. However, the source emphasised, the real risks likely run higher than what is suggested in the report.

FATF found that France’s maritime access to the Mediterranean and the Atlantic via both EU  and overseas borders – such as French Guiana and the French West Indies – are “factors of major inherent vulnerability” for drug trafficking, in particular for cocaine to reach mainland France.

“The proceeds from offences such as theft, fraud and misuse of corporate funds is difficult to evaluate, as very often funds are transferred to bank accounts in the sub-region, where formal international cooperation is difficult to establish”, the report reads. It added that, while the number of controls has increased in past years, there remains an absence of a specific strategy for this geographical zone.

The source that spoke to EURACTIV was also keen to emphasise the scale of this limitation.

FATF also reported that the country’s supervision in much of the non-financial sector is “insufficient, particularly for real estate agents and notaries involved in a real estate sector.” This is a critical point, the insider source added, highlighting that real estate is “an industry prone to illicit financial activities.”

Among other things, FATF recommended that France increases the number of money laundering technical specialists across all its competent authorities.