Member states failed to convince France on Wednesday (3 April) to support the negotiating mandates for trade negotiations with the US but hoped to find a compromise to accommodate Paris’ concerns before the Easter break.

The French government fears that the efforts to eliminate all tariffs for industrial goods could be a ‘backdoor’ to revive the Transatlantic Trade and Investment Partnership (TTIP). 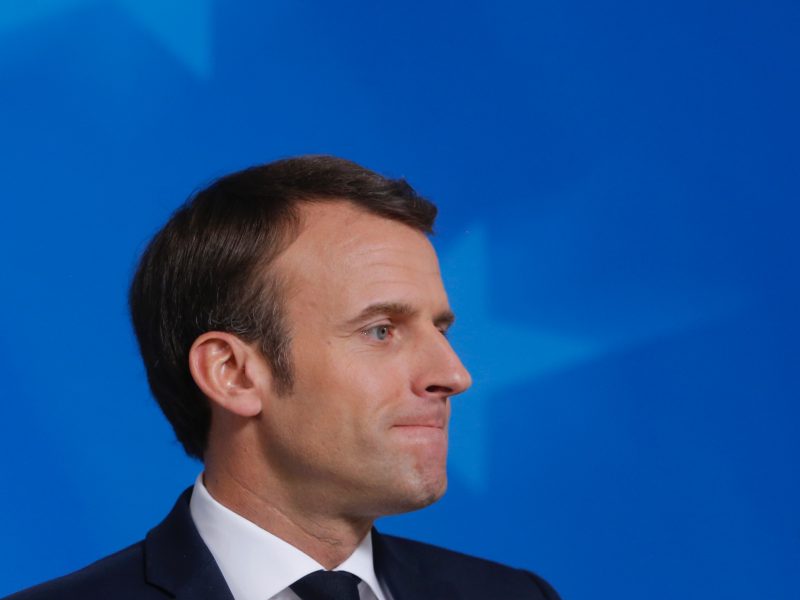 France wants to secure enough guarantees in terms of environmental protection and access to public procurement markets, before moving forward into trade talks with the US, president Emmanuel Macron said during the European Council on Friday (22 March).

“I am not in favour of having new trade deals, in whatever form, with whoever is, with partners that do not have the same climate standard than we have because that would be unfair competition for our companies, our farmers…,” Macron warned after the EU summit.

European sources told EURACTIV.com that member states are willing to accommodate French demands, in particular when it comes to the disconnection between the negotiating mandates on the Council’s table and the TTIP.

The Romanian presidency of the EU Council has been tasked with preparing a new text to address these issues.

“It’s about finding the language to accommodate outstanding French concerns,” a diplomat said.

“We want a consensus on this… but Paris shouldn’t test the others’ patience,” the same diplomat added.

Another national official said that other countries have already been flexible, for example Germany, by accepting a clear language on the TTIP.

European officials and diplomats said most delegations want to reach an agreement before the Easter break and a diplomat expected that a deal could be sealed by ambassadors next Wednesday (10 April).

Another national representative urged diplomats to conclude the work here in order to give “a clear signal” to the US “well before the EU elections”, which are due in late May.

The European Parliament failed to pass a resolution on Thursday (14 March) supporting the start of negotiations with the US on removing tariffs for industrial goods, worsening the prospects of de-escalating trade tensions between Brussels and Washington.

EU lawmakers failed to pass a resolution in March in support of starting the trade negotiations, as the steel and aluminium tariffs punishing European exporters remain in place.

MEPS have to approve any deal reached between EU and US negotiators.

Europe and the US launched exploratory talks last July to reduce tariff and non-tariff barriers in the bilateral trade.

The main goal for the Europeans was to avoid fresh duties against European car exports to the US. Some in Europe are concerned that President Donald Trump could be leaning toward that decision after the US Commerce Department defined car imports as a threat to national security.

Given how unpredictable Trump is, some delegations fear that further delays could indeed trigger the car tariffs, escalating the trade tensions between Europe and the US.

“Everybody in Washington is against escalating this except one,” a diplomat said referring to Trump.

The EU initially expected the US Administration to lift the tariffs slapped against European steel and aluminium before the negotiations started. But the Commission now requests to lift these ‘unfair’ duties only before concluding the process to eliminate tariffs on industrial goods.

Even if the mandates are ready by next week, the negotiations with US representatives could be postponed until late May or early June, according to diplomats.

The US is currently negotiating with China to contain and solve the trade war between the two largest economies of the planet.

The priority given to Beijing drove Washington to postpone the negotiations with Japan until later this month or May.