"I obviously call on all companies, especially the large companies in France, to show a sense of civic responsibility. Companies that need cash and are asking for State aid cannot and must not, pay dividends" Economy Minister Bruno Le Maire told BFM TV on Friday (27 March). EPA-EFE/Francois Mori / POOL MAXPPP OUT

Paying dividends may become ‘mission impossible’ for companies as calls are growing for a ban on this practice in the midst of the current international health crisis.

“I obviously call on all companies, especially the large companies in France, to show a sense of civic responsibility. Companies that need cash and are asking for State aid cannot and must not, pay dividends”.

“A company that does not have sufficient funds to pay its tax and social security charges does not have the cash to pay its shareholders,” he stated as an example. The minister also said that a company requesting a deferral of charges or a cash advance would have to repay this aid “with penalty interest” in case it has paid out dividends.

Will France’s recourse to the €300 billion state guarantees put in place for French companies be conditional on virtuous behaviour as regards dividends? “I want to be very clear: for any company that has paid out dividends, I would refuse to sign the state guarantee for a new bank loan,” the minister said.

Companies resorting to short-time working (‘chômage partiel’) – a novel provision introduced by the state to limit the number of redundancies – should also show “the utmost moderation in the payment of dividends”, without mentioning an outright ban as in previous cases.

The same goes for companies in which the state is a shareholder, according to Labour Minister Muriel Pénicaud, who confirmed that the state would ask them not to pay dividends this year “out of solidarity”.

This statement from Le Maire comes after a flurry of announcements by French companies of the reduction or cancellation of dividend payments.

Aerospace giant Airbus had announced as early as 22 March that it would not pay out the dividend promised to its shareholders. The aeronautical equipment manufacturer Safran also announced that it would waive the payment of a €1 billion dividend in 2019, as did the advertising poster specialist JCDecaux. 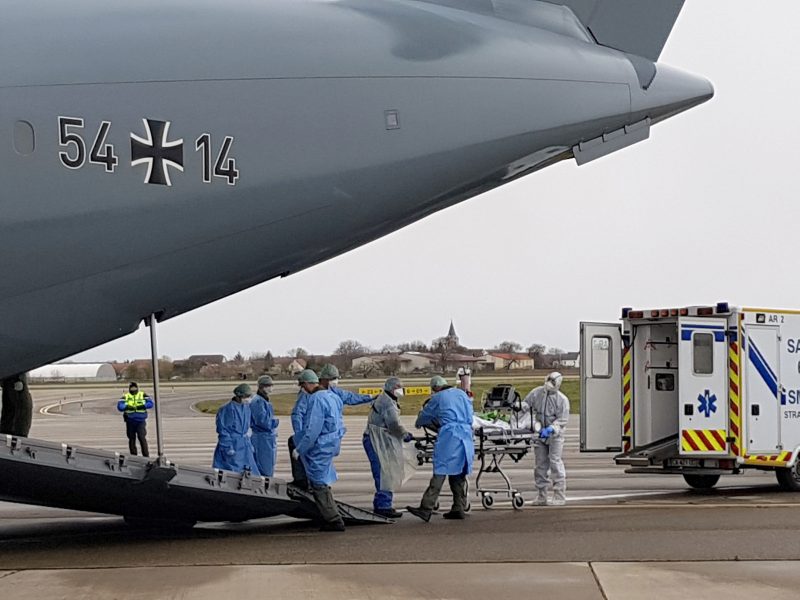 While a bill had been envisaged to provide a legislative framework for the payment of dividends, it was finally an appeal to the “civic sense” of companies that was preferred by the economy ministry in Bercy.

However, many trade unions and NGOs have called on the government to take stronger action in recent days. The NGO Oxfam has notably denounced measures that it said were too lax in the context of the looming economic crisis in the wake of the coronavirus.

“The announced measure is clearly insufficient […] We cannot just rely on the “civic sense” of companies, the State must not just “invite”, […] it must impose! …] We must impose!” said Oxfam spokesperson Quentin Parrinello.

It “would be incomprehensible and unacceptable that a single euro of public aid is used to pay out shareholders or pay bonuses to the CEOs of large companies,” he added.

A freeze at the European level?

While France has formalised its policy on dividends, other calls in Europe could generalise the idea of a global freeze during the coronavirus crisis. In fact, the European Central Bank has called on banks in the eurozone not to pay out dividends for the duration of the pandemic.

In Norway, the national banking regulator has also called on the finance ministry to suspend dividend payments at least for the duration of the pandemic.

In the European Parliament, the intergroup of La France Insoumise has also put the issue on the table, calling for an outright ban on dividend payments for two years.

According to Oxfam, European companies should pay out €359 billion in dividends to their shareholders for the year 2020, an increase of €12 billion compared to 2019.