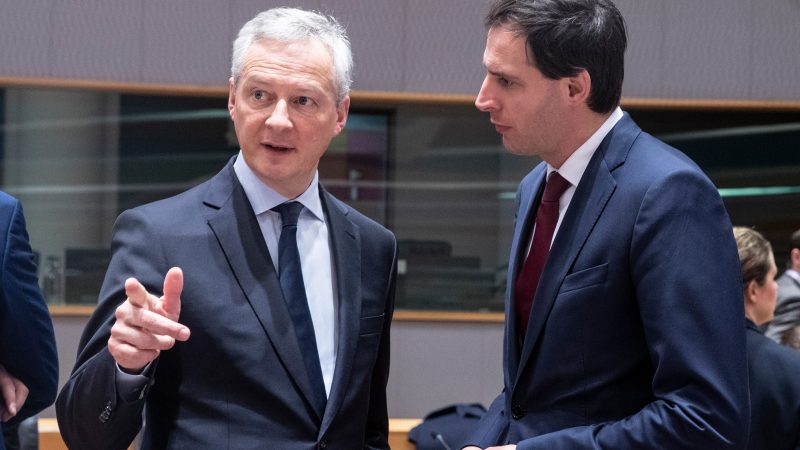 Bruno Le Maire said after talks with his euro zone counterparts that European Union member states had agreed to mobilise €1 trillion to shore up the economy in response to the coronavirus crisis, in the most important economic plan in the EU’s history.

Le Maire said on a call with reporters that the European Stability Mechanism will be activated with light conditionality, which could help a country such as Italy that is struggling with high borrowing costs.

He also said the agreement will make €500 billion available immediately and that a recovery fund worth about another €500 billion would follow and which would be financed by borrowing.

He added that the agreement document’s reference to “innovative financial instruments,” which was the object of negotiations during 15 hours, opened the door for the first time to jointly issued debt.

“It means what it means. The only instrument that does not yet exist in European financing is joint debt,” Le Maire said.

Germany and France overcame opposition from the Netherlands to the crisis plan during the marathon talks, but only by avoiding an explicit mention of jointly issued debt in the final agreement.

But while Le Maire said Thursday’s agreement paved the way for debt mutualisation, his Dutch counterpart, Wopke Hoekstra, stressed the opposite.

“We are and will remain opposed to eurobonds. We think this concept will not help Europe or the Netherlands in the long-term,” Hoekstra said after talks ended.

He was backed by Austria’s Finance Minister Gernot Bluemel. “For us it was and is important that the current crisis not serve as a back door for a mutualisation of debt through euro bonds. With this agreement the countries affected can be helped in a targeted way without damaging the euro area’s stability in the long term,” he said.