American lovers of fine French wine are likely to keep stocking their cellars and uncorking bottles despite US President Donald Trump’s threat to impose a tax in a potential new trade war. But makers of cheaper French vintages are concerned.

France’s premier wines sell for hundreds of dollars a bottle and are often bought for their prestige as much as their taste, industry experts say, so a US tariff will have less of an impact on demand.

But consumers of less expensive wines can readily switch to other nations’ wares in the quest for better value quaff.

Trump raised the prospect of tariffs in retaliation for a planned digital services tax by France, and he criticised President Emmanuel Macron’s for what he called “foolishness”. 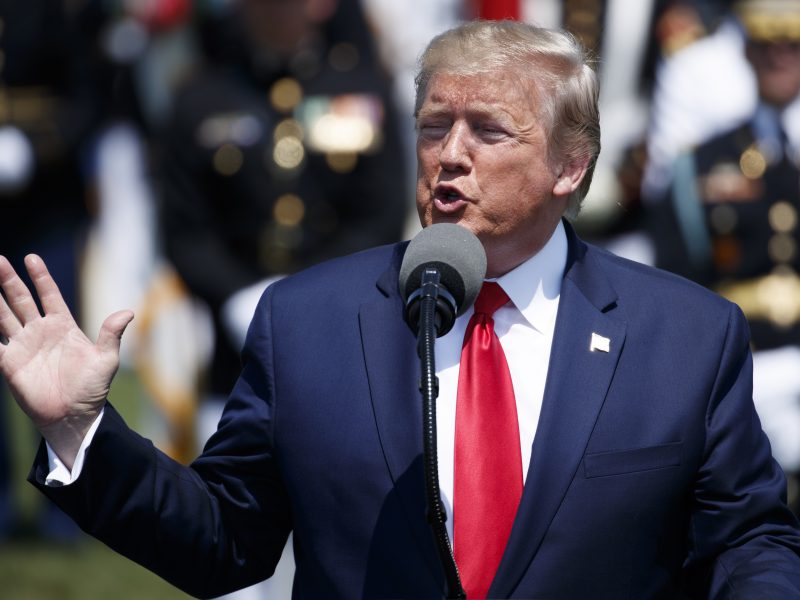 While Macron’s own response has been restrained, other French ministers have hit back.

“American wine is not better than French wine,” he said.

His cabinet colleague, junior tech minister Cedric O, tweeted: “Looks like president Trump doesn’t know much about wine. Nor about the principles of international law.”

Trump’s threat is a headache for Macron ahead of a summit of G7 leaders in Biarritz next month and comes after France’s parliament approved legislation designed at making tech companies such as Google, Amazon and Facebook pay more tax.

The so-called “GAFAs”, as they are known in France, are often accused of unfairly competing with local businesses by booking profits in low-tax countries like Ireland, no matter where the revenue originates.

While wine is France’s second-biggest export after aerospace, some experts say the fact that Americans mostly import prestige wines from Burgundy or Bordeaux which are less sensitive to higher price tags should cushion the blow.

“When you look into the details, you realise America is the first export market in value terms, but not in volume,” Eric Morain, a lawyer who specialises in the wine sector, told Reuters.

“That means Americans drink French wines that are already expensive. I don’t think someone who’s able to buy a bottle for $100 or $150 will think twice before buying one at $180 or $200,” he said.

Germany is France’s top export market in terms of volume sold with 2.18 million hectolitres, ahead of the United States.

In value terms, the United States comes first, accounting for 18 percent of French wine exports and worth 1.7 billion euros ($1.90 billion), up almost a third over the past five years.

Near Bordeaux, Olivier Fleury, the owner of the middle-market Chateau du Pavillon winery at Sainte-Croix du Mont, was bracing for bad news. He exports half of the million bottles he produces every year, with half of that going to the United States alone.

“Even a few dollars per bottle would change things for us, our products will simply disappear from the shelves,” he told Reuters. His wine sells for between $18 and $60 in the United States.

Trump made his threat as the lower euro was helping French wines recover market share after years of stronger competition from Chilean and Argentine wines.

“Americans are big producers themselves, they won’t struggle to replace Bordeaux wines which were only just recovering their positions. Americans will buy something else,” Fleury added.

Others were hoping American consumers’ increasing taste for foreign wines – the United State is the world’s largest wine importer and, since 2011, the largest wine consumer – will mean trade will continue to flow across the Atlantic.

“It would be bad news for us,” said Christian Paly, the head of the Tavel cooperative in the southern Gard region, which mostly produces rosé, an increasingly popular choice in the Unitred States. The cooperative’s wines sell at $20-25 there.

“But Americans can’t do without French wine altogether. It would slow us down but it wouldn’t be a disaster,” he told France 3 television.