The Deputy Prime Minister of Hesse, Tarek Al-Wazir, told reporters that the city is “more than a boring office space”.

He said Germany’s fifth city is not just a “few skyscrapers and an airport” but that it also offers excellent infrastructure, international schools and “the beer is also better” than in London, where the EBA is based today.

“But still you can find British pubs in Frankfurt if you wish,” he told the London-based bankers, who are not overly keen to move to the quiet city.

In recent days, EU member states have begun launching their bids to land the EBA and the European Medicines Agency.

The two EU agencies, currently based in London, will have to be relocated after the UK leaves the EU.

A delegation of senior officials from the German Federal Government and Hesse visited Brussels to stress the strong points of the city as the possible future host of the EBA.

“We do meet the objective criteria,” said Thomas Steffen, state secretary at the Federal Ministry of Finance. “We are well positioned for the upcoming negotiations,” he added.

“I leave Brussels with a good feeling,” commented the prime minister of the region, Volker Bouffier, He said that the EU officials had understood the major role Frankfurt plays as a financial hub in Europe.

Bouffier named Frankfurt’s good connectivity, the central situation of the city in Germany and Europe, the skills and competences of the local workforce and the high standard of living as arguments to back the bid.

The group met with Sabine Weyand, deputy chief negotiator of the Commission Taskforce on Brexit Negotiations, Olivier Guersent, director-general of DG FISMA, and Benjamin Hartmann, a member of the EU Council Brexit Taskforce.

Member states are wary of the high concentration of financial bodies in Frankfurt, as it is the seat of the ECB, its Single Supervisory Mechanism, and the European Insurance and Occupational Pensions Authority (EIOPA).

But the German authorities are willing to spin this in their favour.

Steffen highlighted the potential “synergy effects” of having the EBA and the EIOPA under a single roof, while each would maintain its own structures and independence.

National governments will fight for a better distribution of EU agencies, given that some countries currently have none on their territory. But Steffen pointed to the savings such a decision could bring, which would be good for the EU as a whole.

On top of that, he stressed the high concentration of expertise in one spot as one of the strongest parts of Frankfurt’s candidacy.

“What we have to tell people in the street is why we make the decisions,” he insisted.

The EBA and the EMA are two of the most powerful regulatory and supervisory bodies in the EU machinery.

To date, the Netherlands, France, and Spain have kicked off campaigns to conquer the EMA for Amsterdam, Lille and Barcelona, respectively.

Meanwhile, Paris is seen as the main rival to Frankfurt to attract the EBA. Milan is also eyeing the authority.

Despite the objective reasons listed by Berlin and Hesse, bankers and EU authorities have not yet felt “love at second sight” with the German city.

But Germany could find an ally in Spain, as the two countries could have complementary goals.

Madrid is no longer seeking to host the EBA, and Germany prefers to focus its energies on its “strongest” bid and forget about the EU’s drugs agency

“We have a close cooperation and coordination, to the extent that is possible, with Spain and we are very proud of that, not only referring to the locations but on broader issues,” Steffen said. 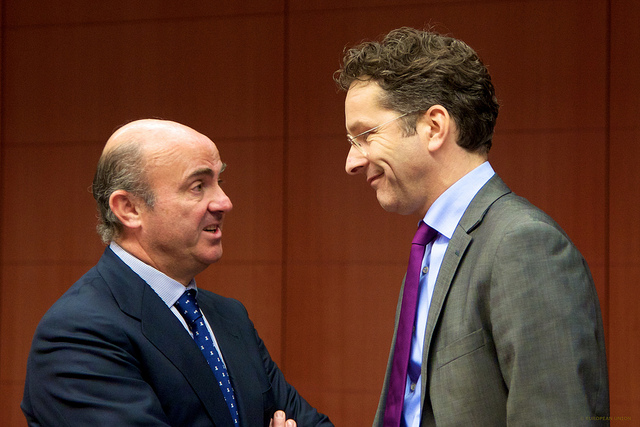 He added it is “too early” to have a deep coordination on the future destination of the agencies, as the Commission still has to make a proposal on the headquarters.

But he commented that both countries would not go out and proclaim their mutual support as they could come under fire from the other capitals. “It would be more sophisticated than that,” he said.

However, he expressed the German government’s willingness to coordinate on this topic and other Brexit related issues with Spain.