In a draft dated 22 April seen by EURACTIV Germany, the German, Portuguese and Slovenian governments declare that they are committed to an “open, ambitious and fair” trade policy. and call for reform of the World Trade Organisation to “strengthen the rules of multilateralism.”

Germany will hold the rotating presidency of the EU Council from 1 July to 31 December 2020, before it passes to Portugal and then to Slovenia. As a trio, the three countries have, therefore, prepared a joint programme in advance, as is customary.

In addition, Germany has its own national Council programme, which it plans to present to the leaders of the parliamentary groups in the European Parliament on 27 May.

Together, the three countries want to “continue working on ambitious bilateral trade agreements that protect investments.” These include trade agreements with Indonesia, Australia and New Zealand, which are to be concluded in 2021. They also plan to push ahead with the Mercosur agreement, modernise the agreement with Chile and “resume negotiations on an EU-India treaty.”

Trade relations with the United States are also a key item in the work programme, which hopes to overcome the current difficulties to achieve “a balanced and mutually beneficial relationship.”

“It is not clear to me how the German government intends to push through the controversial Mercosur agreement despite the criticism of many member states and MEPs during its Council Presidency,” said Anna Cavazzini, the Green trade policy spokesperson in the European Parliament, in an interview with EURACTIV Germany.

“Instead, the German government should take up the debate initiated by France and the Netherlands on how to anchor climate protection and high standards on environmental and social issues in trade agreements,” she added.

Earlier this month, the Economics Ministers of France and the Netherlands presented a joint proposal to the other 25 member states, calling on the Commission to increase tariffs against trading partners that fail to meet their sustainable development commitments.

“Trade policy instruments can provide additional leverage for the implementation of international environmental and labour standards,” the proposal says.

The EU is rethinking its economic and trade policy in the wake of the COVID-19 pandemic.

But nothing is written in stone yet. To enter into force, the Mercosur Treaty must be ratified by all 27 member states.

“I wonder how Germany intends to convince those member states that are sceptical about this treaty or clearly reject it, like France or Austria,” said Cavazzini. This will not be possible without applying “pressure on critics” to persuade those involved to accept the treaty.

Macron digs in his heels

So far France has refused to do so. On 23 August last year, French President Emmanuel Macron announced that he would oppose the free trade agreement between the EU and Mercosur “in its current form” and accused his Brazilian counterpart of having “lied” about his environmental commitments at the G20 summit in Osaka.

This was the French head of state’s response to strong opposition from French farmers to the two free trade agreements CETA, which was ratified by French MPs in July 2019, and Mercosur.

French farmers had expressed concern that the agreements would lead to the dumping on the European market of cheap agricultural products produced in non-environmentally friendly conditions.

Berlin, on the other hand, wants to ratify Mercosur by the end of its presidency. Germany has a great economic interest in this, says Cavazzini. “The German government has been a strong supporter of Mercosur since the beginning of the negotiations. The automotive, chemical and pharmaceutical industries are among those that would benefit from this agreement.” 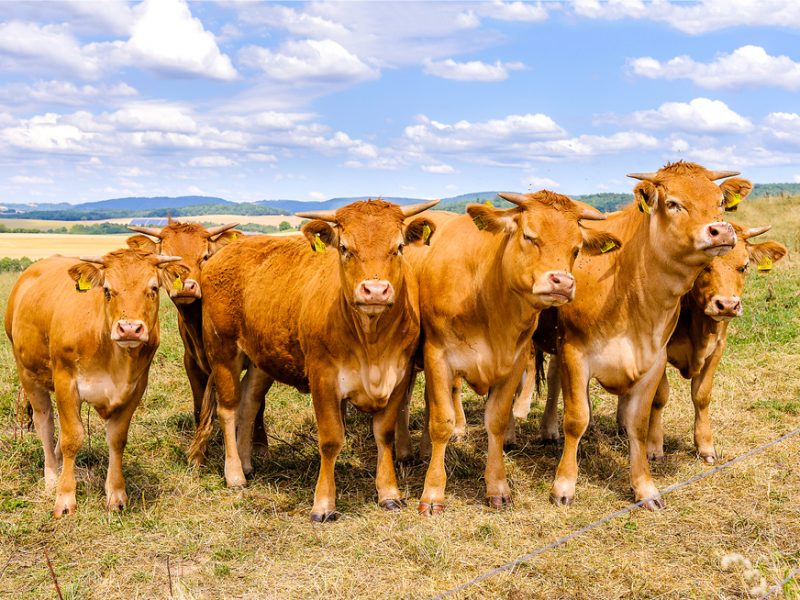 According to the French Ministry of Agriculture, meanwhile, the country’s agricultural production in 2018 amounted to €73 billion, or 16.9% of the European market. By comparison, Germany’s agriculture sector produced goods worth €56 billion.

So the stakes are high for France, which sees itself as Europe’s leading agricultural power, and fears losing market share to new imports.