Between 2015 and 2017, ridership was already up 10%, peaking at 1.1 million cyclists in 2017 according to a study published as part of the project. [Keitma/Shutterstock]

The ViaRhôna, a green and heritage-filled 815-kilometre long cycling route in southeast France, has received more than €2 million in EU funds during the 2014-2020 budget period  because of its environmental component. EURACTIV France reports.

From Lake Geneva to the shores of the Mediterranean, the ViaRhôna cycling route is an emissions-free journey. It has received €2.1 million from the European Regional Development Fund (ERDF) under the objective of environmental protection and resource efficiency.

The ViaRhôna is part of the EuroVélo network: 17 long-distance cycle routes covering more than 90,000 kilometres throughout the Old Continent.

An increase in attendance thanks to the ‘COVID-19 effect’

Offering a green and gentle mode of transport, ViaRhôna has been “a real craze” in recent years, according to Yves Ronot, in charge of the project at the environment and energy department of the Auvergne-Rhône-Alpes region.

The need for fresh air after months of lockdown, now combined with a greater reluctance to take public transport has provided further impetus to the project. According to the region, the ‘COVID-19 effect’ will most likely increase ridership along this route, which is already very popular with the French.

Between 2015 and 2017, ridership was already up 10%, peaking at 1.1 million cyclists in 2017 according to a study published as part of the project. However, while the majority are local residents who pass on the ViaRhôna for their daily journeys and leisure activities, 18% of cyclists are now tourists.

Tourism and the environment: at the heart of the project

It is precisely this tourism factor, coupled with the environmental protection aspect, that fits into the project’s design. That is because, in addition to the bicycle path, many natural areas and wetlands stretch along the banks of the Rhone River.

“We want to make users aware of the importance of protecting these areas,” explained Ronot.

In the future, the project will focus more on the link between natural areas and tourism along the route, with particular emphasis on an educational aspect. 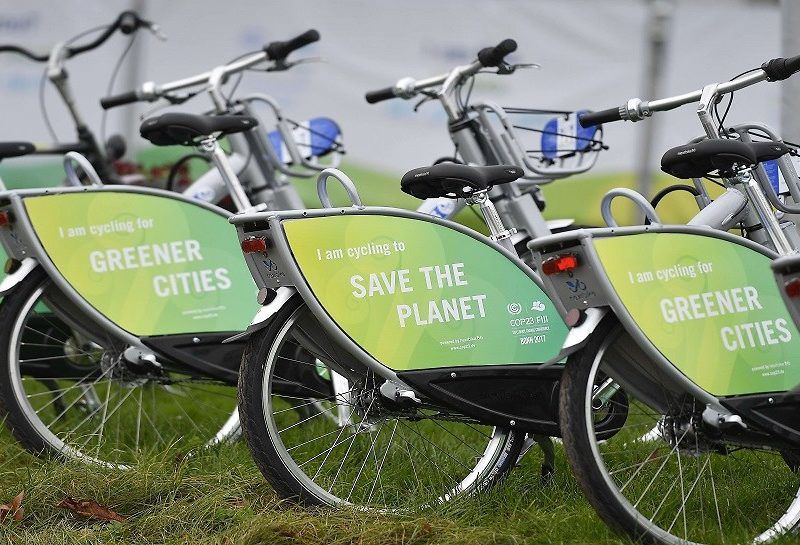 At the same time, the ViaRhôna is an “excellent way to introduce passers-by to the territories” that border it, according to Ronot.

The route has in fact been an important traffic route for centuries. In the south of Lyon, in particular, cyclists pass through an area marked by Roman remains and a viticulture that has been in place since the times of Roman Emperor Julius Caesar.

According to the project manager, the ViaRhôna represents an ideal way to rediscover this natural heritage that fell into oblivion during the period of industrialisation. But it is also a way to admire diverse landscapes, by cycling from the alpine panorama to Provence and up to the beaches of the Camargue.

A project designed to ensure continuity

While for about 500 kilometres, cyclists ride on green lanes or shared lanes with low traffic, some sections still force cyclists to travel on roads with heavier traffic. However, the project aims to address this risk with a programme designed to ensure continuity.

“ViaRhôna was already on the agenda during the last budget period, from 2007 to 2013,” Ronot explained.

In addition to the completion of several sections of the route, the current period will have made two crossings of the Rhône safe for cyclists, marked out the entire route and developed innovative services, such as the GeoVélo guidance application or the “Benur” tricycle for people with reduced mobility.

But there is still a long way to go, particularly as some of the work planned for this year had to be postponed due to the coronavirus pandemic. In addition, new funding is now being negotiated for the 2021-27 EU budget in order to further secure and finalise the route.