Gentiloni: EU recovery fund idea could be used again, if it is a success now

By János Ammann | EURACTIV with Reuters 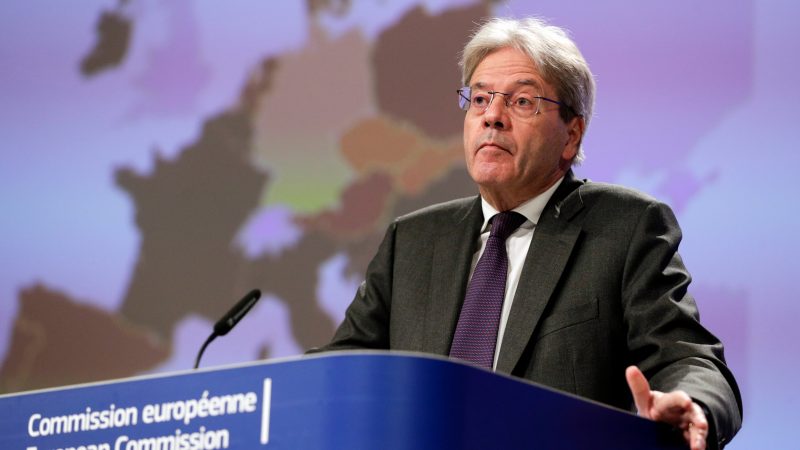 The EU’s idea of jointly borrowing for joint goals, such as for the post-pandemic recovery, could be used again if the implementation of the recovery scheme is a success, the bloc’s Economic Commissioner Paolo Gentiloni said on Monday (13 December). The pressure is now on large recipients of EU money to use the recovery funds effectively.

In an unprecedented move to prevent economic fragmentation due to the COVID-19 pandemic, European Union countries agreed last year to jointly borrow €800 billion euros and spend them on rebuilding their economies greener and more digitised.

The joint borrowing was seen by many as breaking a taboo and financial markets greeted the decision with enthusiasm, prompting speculation that the recovery fund, called Next Generation EU, could be transformed into a more permanent arrangement – something many northern European countries are strongly against.

“Indeed it was an extraordinary decision,” Gentiloni told the European Parliament’s budget committee in Strasbourg during a hearing in response to a question from a lawmaker.

“But we should recognise the fact that it was conceived as a one-off — it is in the legal acts. Does this mean that this kind of methodology to raise common resources for a common goal could never be used again in the EU? I don’t think so. I think this could happen, this has nothing to do with making (it) permanent,” Gentiloni said.

“But for this, we need success with implementation of the Next Generation EU (NGEU) and in the challenge of raising stronger own resources,” Gentiloni said, referring to dedicated revenue streams to the EU budget from which the 800 billion euro borrowing is to be repaid.

In an interview with EURACTIV.IT, Enrico Letta, former Italian prime minister and current secretary of the Partito Democratico, spoke out in favour of making the EU recovery fund a permanent part of EU policy. However, like Gentiloni, he stressed that a good use of the NGEU money would be a precondition for any such step.

According to Letta, Italy’s responsibility “is enormous because if Italy fails to use European money properly, it will be a disaster for Europe and in the end, the frugals will be right to say: ‘You see, we should not have given it to you and we should not have made large joint investments'”.

“It is essential that Italy and Spain, which are the two main beneficiaries, use the money well,” Letta added.

Under the NGEU scheme, each of the EU’s 27 countries will get grants and cheap loans to invest in reducing carbon dioxide emissions and in making economies more fit for the digital age.

The money for the projects will come from the Commission, which will pay it out to governments in tranches until 2026, on the completion of jointly agreed milestones and targets.

The Commission has already disbursed €54 billion in pre-payments to 18 countries to get projects going. Further pre-payments are in the pipeline as 22 countries have already had their spending plans approved by the Commission in line with the EU’s joint goals.

Of the remaining five countries, approval for the Netherlands and Bulgaria’s plans has been delayed due to changes in government in both countries, and the Commission said good progress has been made in approving Sweden’s programme.

Approval for Poland and Hungary’s spending plans, however, faces bigger challenges because the EU executive says Poland does not meet the requirement of having an independent judiciary while Hungary has problems with corruption — both issues that endanger the proper spending of EU funds.

A proposal to introduce new own resources for the EU, to pay back the money borrowed for NGEU is expected to be presented by the Commission on 22 December.

*Roberto Castaldi of EURACTIV.it contributed to this story.