In recent years, Europe has seen the rise of new forms of illicit tobacco trade, such as illicit cut tobacco or cheap white cigarettes. However, the increasing flow of genuine cigarettes from Algeria into Europe is giving politicians a fresh headache.

The political instability in the region makes it difficult to establish the real final destination of these cigarettes, the European Anti-Fraud Office (OLAF) admits.

According to the report, the flows from Algeria to France have increased 300% since 2012, when volumes of legally produced cigarettes in Algeria that are smuggled to France soared from 1.08 billion in 2012 to 3.19 billion in 2016.

This accounted for more than 31% of total flows into France in 2016, with the majority of products identified as Marlboro, the report noted. 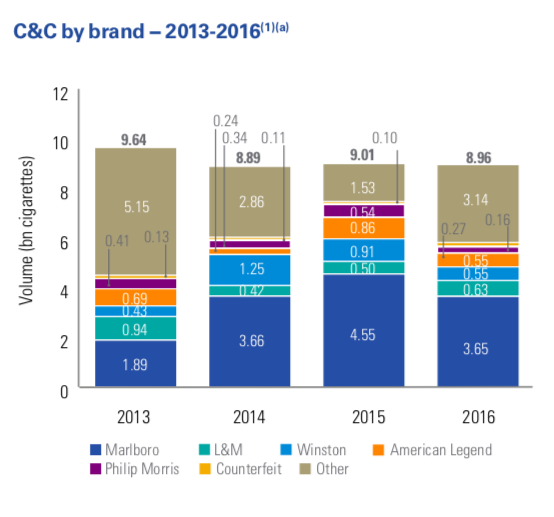 Speaking at an event organised by OLAF and the European Economic and Social Committee (EESC) on 23 March, Nicolas Ilett, OLAF’s Acting Director-General, noted:

“The original problem of oversupply of genuine products is not dead, it is still happening. There are worrying indications that genuine products produced for the North African market in Algeria are finding their way across the Mediterranean in greater bulk than could be justified”.

The rising trend is confirmed by RUSI, which found last year that the travel volumes and the limit of 200 cigarettes per trip “do not support the volumes identified in France, resulting in 87% of the Algerian flow reported as contraband”. This is equivalent to almost 300 containers during the year.

Tomáš Zdechovský, a Czech member of the centre-right European People’s Party and a member of the Budgetary Control Committee asked the Commission recently about the French case and in particular, whether OLAF is supporting France in investigating the routes from Algeria and if other EU countries, like Spain, are also impacted.

“France is the member state that records the highest volumes of illegal cigarettes each year. Algeria is the country of origin of 3.19 billion cigarettes,” Zdechovský said.

Marseille as a port of entry

The city of Marseille is particularly impacted as one of the main ports of entry into France from the Maghreb region. Press reports in France said that in 2015, 18.2% of cigarettes around the Vieux Port were coming straight from Algeria. The majority of packs of cigarettes identified were Marlboro and L & M.

According to Guy Jean-Baptiste, the regional director of customs, the effects of the illegal trade are prevalent in cities such as Marseille, where 90% of cigarettes found on the streets are deemed to be illegal.

He noted that there were well-structured networks that try to illegally import cigarettes from North Africa into the French territory. Even though the most important tobacco smuggling network identified in Marseille was dismantled in November 2016, cigarette smuggling in Marseille has gone up recently, probably fuelled by the latest excise increase enacted by the French government.

While a pack of cigarettes is sold at €1.63 in Algeria, a legal pack of Marlboro is sold at 8€ by retailers in France and 5€ on the black market.

The European Commission already acknowledged last year in its Progress report on the implementation of its Communication against cigarette smuggling that a “key driver for cross-border trade in general and illicit trade in particular, is the big differences in the price differentials between the EU member states and neighbouring countries”.

Contacted by EURACTIV, OLAF said it had a unique investigative mandate to fight tobacco smuggling into the EU.

“In complex cross-border cases, in particular, OLAF can bring significant added value by helping coordinate anti-smuggling operations carried out by law-enforcement agencies across Europe,” OLAF said, adding that the EU agency works to ensure that evaded duties are recovered, criminal smuggling networks are dismantled and perpetrators brought to justice.

Asked whether OLAF is in contact with the French authorities on the issue, the agency’s press office declined to make a comment but pointed out that OLAF would endeavour to “facilitate any request for assistance from a member state and has regularly assisted member states on dealings with third countries”.