The European Parliament’s REGI committee voted on the regulation for the regional development fund on Thursday (14 February). Environmental activists criticised the fact that key concessions to climate protection were withdrawn and the proposal reportedly contradicted a vote from the day before. EURACTIV Germany reports.

More than 2,500 amendment proposals on the European Parliament’s proposals were received but ultimately the final result was only a compromise between old and new.

On Thursday (14 February), the Parliament’s Committee on Regional Development (REGI) voted on the new regulation for the European Regional Development Fund (ERDF) and the Cohesion Fund. Amounting to almost €200 billion in the current funding period, the ERDF is by far the largest of the EU’s seven structural funds.

However, environmental organisations viewed the adopted ERDF regulation with disappointment. They said that, when it came to environmental protection, the proposal was considerably less bold than the paper submitted by the Commission.

There was “great disappointment” with the compromise reached, said Raphael Hanoteaux from CEE Bankwatch Nework, an association of environmental groups. He added the vote was inconsistent because it undermined the Common Provisions Regulation (CPR), adopted the previous day in the Strasbourg plenary.

The CPR lays down the various structural funds’ general objectives and orientations. This time, to the delight of environmental activists, it includes a strong green focus. Climate-friendly projects which favour “climate proofing” should be given preferential support when applying for the structural funds. Moreover, in the future, the national programmes for regional support should be aligned with member states’ climate plans. 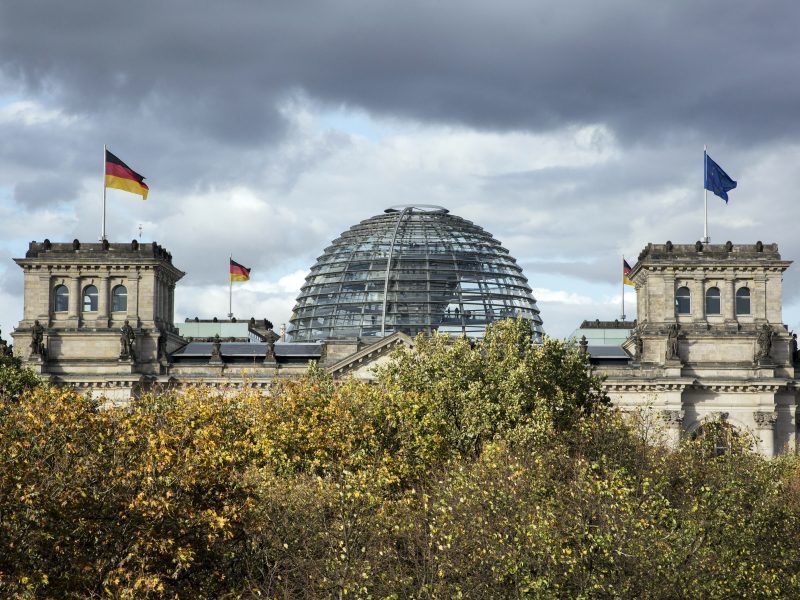 Hanoteaux considered it to be a major setback that the ERDF proposal, which was subordinate but designed with more concrete measures, turned out to much more conservative concerning environmental protection than what is specified in the CPR. “The ERDF vote clouds the success of the climate-friendly Common Provisions Regulation,” Hanoteaux added.

However, the REGI committee’s ERDF proposal surpasses the Commission’s proposal in one respect. Minimum spending for green projects under cohesion policy should be increased to 30% for all regions – 5% more than originally planned.

However, Hanoteaux believed that the definition of what was a “green project” had been watered down, now also including the major field of “transport.”

Fossil fuels no longer to be banned

Climate activists were particularly disappointed by the fact that a clause excluding support to projects which are very damaging to the environment was not adopted.

The Commission had included this clause in its proposal in May last year. Without it, projects to construct airports, for landfill sites and fossil fuel infrastructure could continue to be funded by the EU.

The clause would have sent an important signal and helped set the EU regions on the path towards sustainable development, believed Markus Trilling from the Climate Action Network (CAN).

He added that the current proposal would maintain the EU regions’ dependency on fossil fuels for years to come. Cohesion policy would have become the EU’s first policy area with such a clause excluding fossil fuels.

Such a policy could have served as an example for the support policies of the European Central Bank or European Bank for Reconstruction and Development, Hanoteaux said. He thought it was primarily MEPs from central and eastern Europe, which are still heavily dependent on fossil fuels, who had blocked the clause.

MEP Constanze Krehl (S&D), member of the Committee on Regional Development and co-rapporteur for the CPR, thought that there certainly was a consensus in the committee for greater climate protection.

“But Romanian and Polish colleagues consider banning fossil fuels to be a problem,” she told EURACTIV Germany. Krehl stated that it was not a matter of introducing an overall ban but of withdrawing funding. “I think some colleagues misunderstand what the aim of this is,” she added.

However, there has been no final decision on the ERDF regulation. It still has to be adopted in plenary in late March.

Hanoteaux therefore considered that there was still one last chance to move the regulation closer to the Commission’s proposal again.

“We’re concerned about whether the Council will approve an ERDF which rejects fossil fuels,” Hanoteaux said. “As such, it is of the utmost importance that the Parliament submits as ambitious a proposal as possible,” he added.