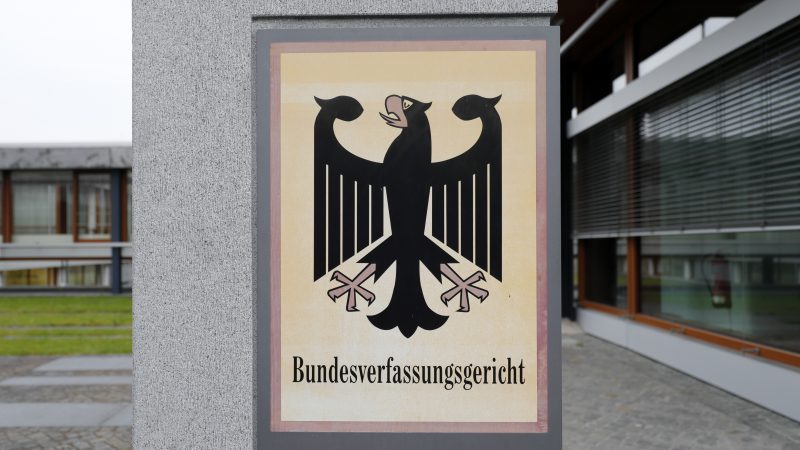 "The Federal Constitutional Court's original May 2020 ruling was strong stuff. The Bundestag and the government have made a credible case that they have effectively fulfilled their control duties and wisely implemented a difficult ruling of the Constitutional Court," said Markus Ferber, economic policy spokesperson of the European People's Party (EPP) on Tuesday. EPA-EFE/RONALD WITTEK [EPA-EFE/RONALD WITTEK]

Germany’s constitutional court rejected on Tuesday (18 May) a complaint against the European Central Bank’s (ECB) flagship bond-buying scheme, in a ruling that primes the eurozone economy for more stimulus once the bank’s pandemic-related emergency measures end. EURACTIV Germany reports.

The plaintiffs, Bernd Lucke, a former member of the right-wing AfD party, and Peter Gauweiler, a former member of the ruling CSU, together with a handful of prominent and long-standing German critics of the ECB’s money-printing programmes, claimed the institution had not yet met the requirements set in the court’s previous judgement in May 2020. The Karlsruhe-based court ruled that lawmakers had failed to exercise sufficient control over the Bundesbank, which buys bonds on behalf of the ECB, and ordered Germany’s central bank to quit the scheme unless the ECB provided proof that it was necessary and appropriate.

The ruling on the ECB’s quantitative easing programme to purchase public sector securities on the secondary markets (Public Sector Purchase Programme – PSPP), launched in 2015 to fight off deflation, had caused unrest in Brussels and Frankfurt since EU law, which was the basis for the adoption of the PSPP, is superior to national law and thus also applies to Germany’s top court.

With the new ruling, the Constitutional Court affirmed that the government and Bundestag’s conducted a sufficiently rigorous appraisal of the proportionality of the PSPP in accordance with its earlier judgement.

“The Constitutional Court’s original May 2020 ruling was strong stuff. The Bundestag and the government have made a credible case that they have effectively fulfilled their control duties and wisely implemented a difficult ruling of the Constitutional Court,” Markus Ferber, economic policy spokesperson of the European People’s Party (EPP), said on Tuesday.

“Today’s ruling should now also be accepted by all parties in this form,” he added.

Friedrich Heinemann of the Leibniz Centre for European Economic Research warned, however, that the decision “by no means permanently ends the European and constitutional dispute over bond purchases.”

“In the pandemic, the ECB Governing Council overturned many of the safeguards designed to prevent prohibited monetary government financing,” he said, adding that the ECB was entitled to “this key role for state financing” in pandemic times “but certainly not afterwards”, warning that the Constitutional Court will continue playing its role as watchdog in the future. 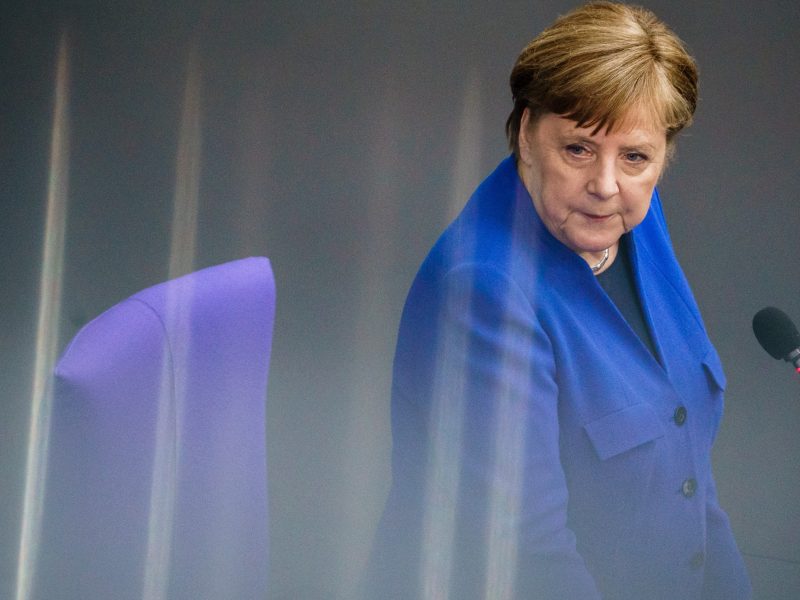 Chancellor Angela Merkel said Wednesday (13 May) that a bombshell ruling on the European Central Bank by Germany’s top court should “spur” efforts toward greater eurozone integration.

“By now declaring the applications for an enforcement order inadmissible and not carrying out its own factual examination, the Constitutional Court is leaving unchallenged the failure of the ECB, the government and the Bundestag to comply with its judgement,” said Gauweiler, whose application was dismissed.

Gauweiler also announced that he would not be discouraged by this decision and would continue to fight against the “insolence of the EU institutions”.

According to Lucke, the second complainant whose request was dismissed, “it is hard to see why the negative effects of the ECB’s super-expansive monetary policy have to remain secret.”

“Unfortunately, the Constitutional Court did not even have the courage to demand transparency for the citizen. If the ECB’s monetary policy does not cause any damage, the ECB could publish its assessment after all,” he added.