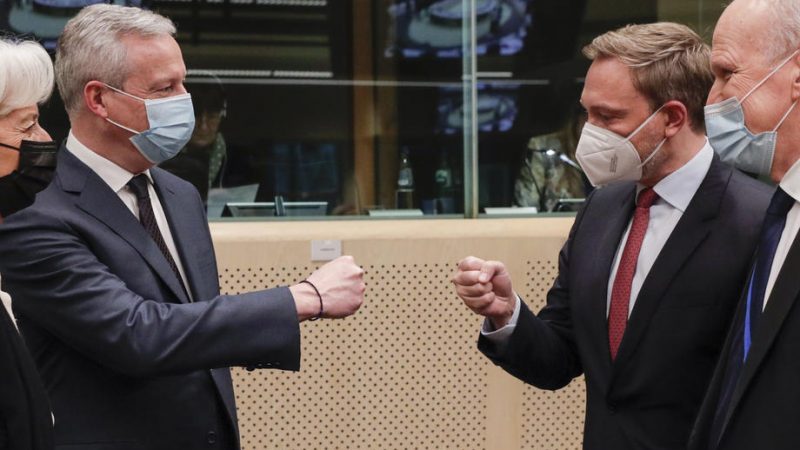 Germany and France laid out differing visions for the future of the European economy Monday (17 January), signalling a fight later this year to overhaul the bloc’s strict rules on government spending.

The EU wants to simplify the decades old regulations on running national budgets, and the positions taken by the eurozone’s top two economies will drive the debate.

The rules force members of the eurozone to cooperate when drawing up their spending plans, an exercise that gained importance after the debt crisis of 2010-15, which nearly sank the single currency.

Berlin’s new finance minister, Christian Lindner, was attending his first meeting with his eurozone counterparts, and made it clear that his focus will be on keeping spending under control.

Though part of a newly installed coalition with the centre left and greens, Lindner comes from the liberal FDP, which has traditionally held to a sound spending, zero deficit policy.

“It is crucial that we continue to pay attention to the importance of the fiscal rules,” Lindner said as he arrived for the talks.

“Fiscal rules are crucial to maintaining the credibility of governments vis-à-vis the capital markets.”

The rules, known as the stability and growth pact, limit government debt to 60% of an economy’s annual GDP and its yearly deficit to three percent.

The debt rule is often broken and France and Belgium have joined Italy, Spain and Greece with debt ratios of more than 100%, reflecting years of overspending.

In response to the Covid-19 pandemic, the rules were suspended and are due back into force at the end of the year, hopefully with new benchmarks in place.

“I’m very much in favour of reducing sovereign debt and this is one of the important details,” Lindner said.

But French Finance Minister Bruno Le Maire insisted the bloc’s energy should be directed towards growth, especially since Europe’s covid-era recovery is trailing that of the United States.

“It must be a growth pact first. Growth comes before stability,” Le Maire said, with France in favour of allowing the massive investments needed to green Europe’s economy to be absolved from the rules.

German Chancellor Olaf Scholz, speaking during a visit to Spain, defended the pact. 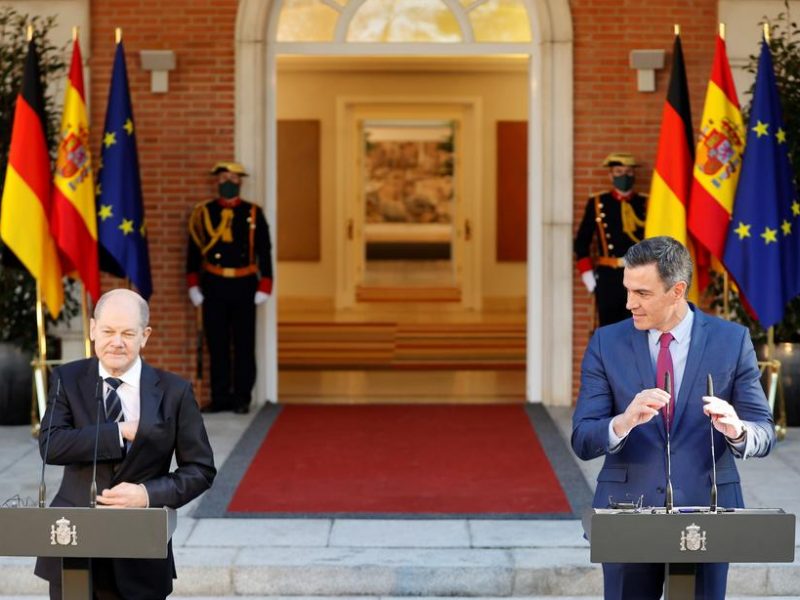 German Chancellor Olaf Scholz gave Spanish Socialist Prime Minister Pedro Sánchez no indication his left-leaning government is ready to support a relaxation of EU fiscal rules, even as the two agreed to work closer together on European policies.

“Europe must continue to march together in the coming years and we’ll do so … on the basis of our stability and growth pact, which provides an important framework,” he said, pointing out that it served as the basis underpinning the bloc’s Covid-19 economic recovery plan.

The discussion is not expected to begin in earnest until June, Lindner told reporters, when the European Commission is expected to table its proposal to amend the rules.

The commission’s executive vice president, Valdis Dombrovskis, said it held no “pre-cooked ideas or predetermined positions,” and the EU’s executive would listen to member states in a “constructive spirit”.

The debate will rumble on until at least EU leaders meet at a summit dedicated to the topic in March.