Mário Centeno at the Eurogroup meeting on 22 January 2017. [Council]

The tranche is the latest from Greece’s third financial rescue programme since 2010, as the southern European country recovers from the depths of a debt crisis that brought the whole euro currency close to collapse.

A petrol bomb explodes in front of parliament during protests against an austerity bill vote
By @PGiannakouris @AP_Images #Greece pic.twitter.com/DlJxeYvW2M

“On Greece there is good news,” Portugal’s Mário Centeno, chairing the Eurogroup of 19 finance ministers for the first time, told a news conference after a meeting in Brussels.

“This reflects the huge effort and excellent cooperation between the Greek government and the institutions” representing Greece’s creditors, said Centeno. 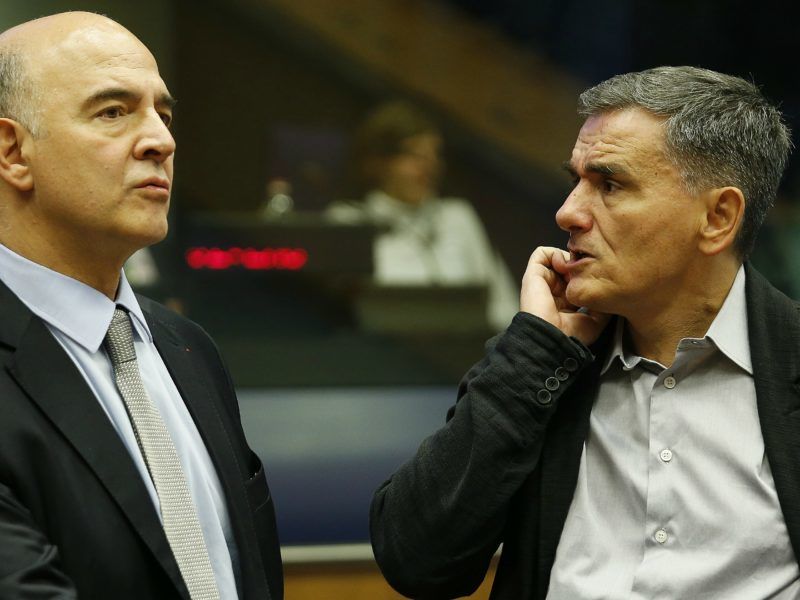 “The next disbursement will amount to 6.7 billion euros” to cover debt servicing, arrears and to boost Greece’s cash reserves, said Centeno, adding that it was “critical to ensure Greece’s full market access.”

The tranche will be split into €5.7 billion paid in February and the remaining one billion paid later in the spring once eurozone officials have checked that Greece has carried out all the reforms, the Eurogroup said in a statement.

Centeno said that the eurozone would now start to look at cutting Greece’s huge debt pile, equivalent to 180% of its annual economic output.

“Looking ahead we can start with the technical work on debt relief measures,” he said, particularly those that linked debt relief to economic growth.