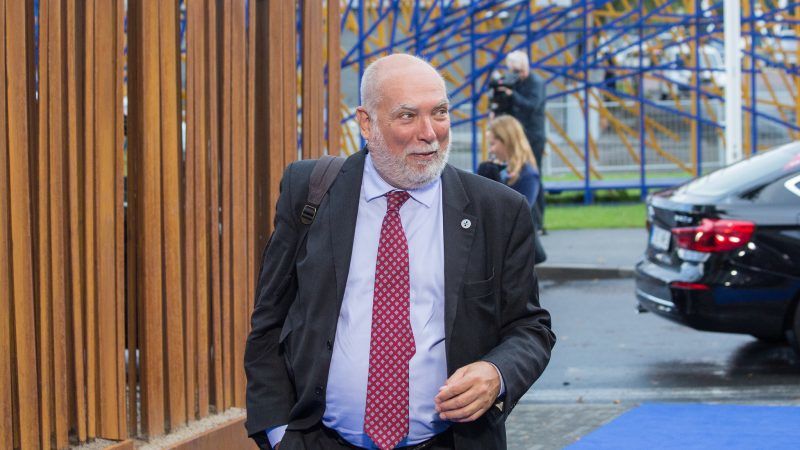 Weiser was also critical of the country’s political system, which according to him hinders growth and development. [EU2017EE Estonian Presidency/Flickr]

Referring to the discussion about a debt relief for Greece, Thomas Wieser stated that politically and economically, it is “highly advisable and highly probable” that the country will get adequate debt relief.

The debt-ridden country will most probably conclude the third review in today’s Eurogroup and another final review is pending. The government aims to a “clean exit” from the bailout and be able to stand on its own feet after it.

“Our plan brings results […] the country will be out of the memorandum in August 2018, and even those who were more cautious in the past will have to recognise it,” Greek Prime Minister Alexis Tsipras recently said.

On the other hand, the Greek opposition claims that this is an “illusion” and that the increase in public revenues was due to the over-taxation measures.

Regarding the next day after the bailout, Weiser explained that every member state which emerges from a programme is subject to post-programme supervision until 75% of their debt has been repaid.

“Which in the case of Greece, which has such massively favourable financing conditions already –  something people somehow tend to forget also when talking to me –  will be a very long time,” he said.

The Austrian diplomat added that the post-programme supervision meant that there is a much more stringent look at how economic policies work and how the economy is developing.

“There is so far no final decision or conclusion on how this post-programme supervision should be structured. There is also no discussion on what this debt relief will depend upon. But the fact is that now Greece already has very positive arrangements for the repayment of its public debt and those are not contingent on anything any longer.”

He added that the participation of the IMF in post-programme arrangements was “highly desirable”.

Weiser was also critical of the country’s political system, which according to him hinders growth and development.

Referring to the responsibility for the Greek crisis, he noted that one had to ask the politicians who had been in power at the time why the crisis happened.

“The astonishing thing for me is that this is a discussion which – unless I’m mistaken – has not taken place in Greece still. It has taken place in some other countries, but not in Greece,” he said.