Greek Prime Minister Alexis Tsipras (C-L, back) is congratulated by MPs during a session in the parliament's plenum after a budget vote in Athens, Greece, 18 December 2018. [Orestis Panagiotou/EPA/EFE]

The budget forecasts the economy to grow by 2.5% in 2019 compared to a projected 2.1% this year. Greece is also expected to generate a primary surplus, which excludes debt servicing costs, of 3.6% of gross domestic product (GDP).

Greece emerged in August from an international bailout, its third since 2010. Its 2019 budget has been approved by the European Commission, which has also urged the country to continue implementing reforms and remain fiscally prudent.

“We own this budget, it is Greece’s first since it was freed again,” Prime Minister Alexis Tsipras told parliament before the vote, referring to the eight years of bailout supervision.

A majority of lawmakers in the 300-seat parliament approved it. Earlier, a few thousand people marched through central Athens to protest against unpopular reforms and austerity.

Athens says it can achieve the 2019 targets without implementing pension cuts that it initially agreed with lenders and legislated in order to convince the International Monetary Fund to participate in the third international bailout. 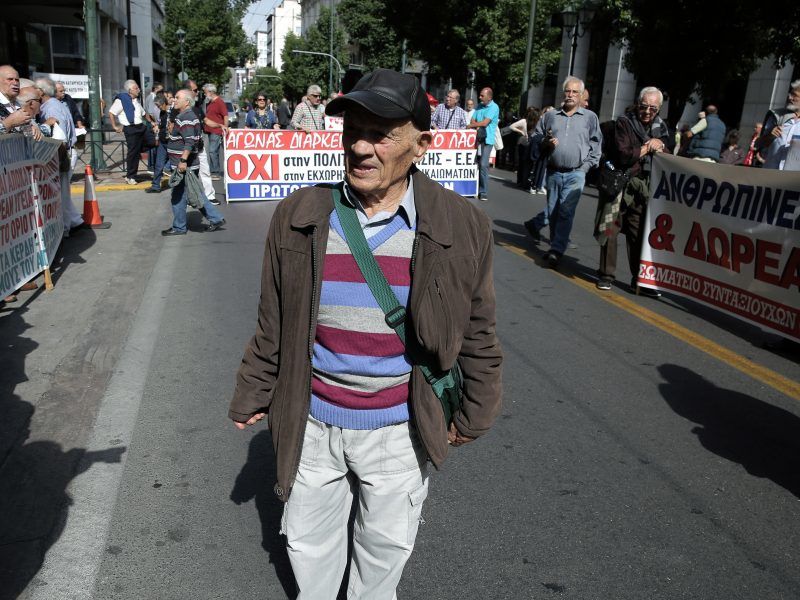 Greece’s parliament on Tuesday (11 December) voted to scrap plans to cut state pensions, in a motion led by the left-led governing coalition hoping to shore up its flagging support ahead of a general election next year.

Eventually the bailout, worth up to €86 billion, expired in August without IMF assistance and Athens says its fiscal performance allows it to rescind the plans. Parliament voted last week to scrap the planned pension cuts.

The left-led governing coalition hopes to shore up its flagging support ahead of a parliamentary election next year. It will cut an unpopular property tax by an average 10% and corporate tax by one percentage point next year.

Since 2010, Greece has signed up to three international bailouts totalling almost €290 billion, and will remain heavily indebted for years to come. The budget sees debt at 167.8% of GDP next year.

“This is the last budget that your government submits to parliament and you know it,” said Kyriakos Mitsotakis, leader of the opposition New Democracy party.