There is no provision under Greek law to allow for voting abroad. Instead, Greeks must travel home to where they hold their voting rights to make their voices heard.

Since the 2007-8 financial crisis, 505,666 Greeks have left Greece, which has suffered two bailouts and years of harsh austerity and high unemployment, according to Eurostat, the European Union’s statistical office.

The bar on expatriate Greeks voting abroad is long-standing and applied in January’s election, which saw Syriza sweep to power. But the snap referendum, called only last Sunday (27 June), has not given Greek expats much time to arrange travel back to vote.

Prime Minister Alexis Tsipras broke off talks with the creditors in Brussels on Sunday, before announcing the vote on whether to accept pension cuts and tax hikes in return for a new bailout.

A “No” could lead to Greece leaving the euro, and perhaps ultimately the European Union, and returning to the drachma. A “Yes” could make it difficult for the governing anti-austerity party, Syriza, to stay in power.

Greece is now on the verge of bankruptcy after missing a repayment to the International Monetary Fund on 30 June.  It is the first developed economy to default on an IMF debt.

The IMF is one of the “troika” of international lenders, along with the European Central Bank and the European Union, which has bailed out the stricken country twice, lending it €240 billion since 2010.

The Eurogroup of eurozone finance ministers have said they will not resume bailout talks until after the vote. That was echoed by leaders including German Chancellor Angela Merkel.

Avgi Papadopoulou, 28, moved to Belgium in 2010. She now works in events for a trade association in Brussels.

“I find it ridiculous and illegal we cannot vote from abroad,” she said, ”and many Greek expats, if not all of them that I know have said the same thing.”

Papadopoulou is flying back to Greece tomorrow to vote in Athens. She spent €300 on a plane ticket to a Greek island and faces a 10-hour journey to get to the polling station.

“l will vote no, because that’s the only decent and financially wise solution,” she said.

Nikos Gamouras, 27, moved to Brussels from Greece in 2006. He now works for ALDA, the European Association for Local Democracy. Expats should be able to vote from embassies, he said.

“Unfortunately, I am not travelling back for the referendum,” he said. “I couldn’t schedule a trip at the last minute. “

“It’s a frustration, and many of my Greek friends living here are also frustrated. Living abroad you follow the news from Greece, and you are concerned, but you can’t take part,” Gamouras added.

Both Papadopoulou and Gamouras said their Greek friends were split over Yes or No, which Papadopoulu described as, “scary as hell”.

Margaritis Schinas, the chief spokesman of the European Commission, is a high-profile Brussels-based Greek and has travelled home to vote.

Surveys have given no reliable indication of how the referendum will play out. One poll leaked to Greek media Thursday put the No camp at 43%, with Yes leading on 47%.

There is also a chance the referendum may yet be cancelled or suspended. Greece’s top administrative court, the Council of State, is to rule today on its legality.

The Greek Permanent Representation to the EU said, “Indeed there is no possibility for Greek citizens to vote from abroad. This stands for the referendum, as well as for elections, both general and regional, with the exception of the elections for the European Parliament.

“The reasons are largely technical regarding the Greek circumscription system. It would be though somehow exaggerated to assume that any electoral procedure in Greece is not sufficiently representative.”

Tsipras has also insisted that the referendum is not a vote on Greece’s EU membership.

.@atsipras makes things clear: 1. vote on the creditors’ proposal NOT the EU/ 2. No to national division/ 3. IMF confirms Greece’s needs

The total Greek diaspora worldwide is estimated at 11 million people, almost the same as the population in Greece. But that figure includes second and third generation Greeks. 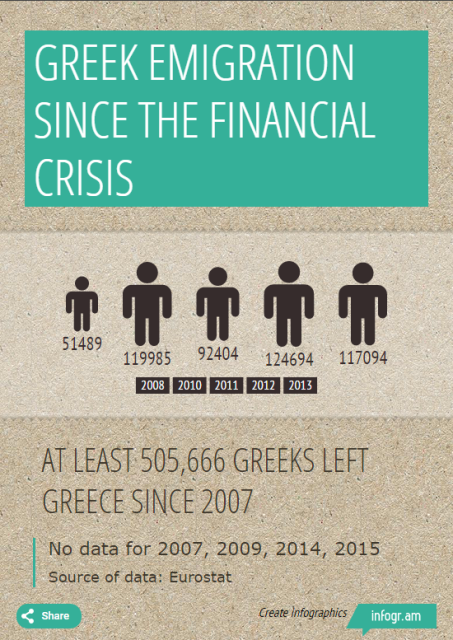