"We are currently experiencing the greatest ever rise in momentum of a political idea," said Michael Bohmeyer, founder of the German basic income project. [Fabian Melber] [Fabian Melber]

A Europe-wide basic income (Euro-Dividend) is also being discussed. Could this idea provide answers to the changes of our time and provide a fix to the economic disparities between member states?

Imagine this, money is transferred to you every month without conditions, independent from your job and family status. What if this were the norm? How would it change society?

“It gives us a feeling of freedom,” Henrik Maaß, a 33-year-old from Stuttgart, is convinced.

At the start of 2017, he clicked on an email he initially thought was spam. “You won,” it said. The sender was a platform to which he had subscribed for crowdfunding the previous year so he automatically took part in the draw for the project. The prize: basic income without any conditions.

For a year, the sum of €1,000 was transferred onto his account every month. A break from existential fear, as he put it.

The subsidy came exactly at the right time: his girlfriend fell ill and could no longer work, yet health insurance did not pay for all the necessary medicine and doctor’s visits.

As a researcher at the University of Hohenheim in Stuttgart, Maaß looks into the question of whether pulses can help make nutrition systems more sustainable.

He works part-time and volunteers for the rest of the time. With the help of basic income, it was possible to work this way even though his girlfriend and he had experienced a financial squeeze due to illness.

“The ease that basic income offers is an important prerequisite for people to be able to think about social and ecological change,” he said. A society in which this would be the norm would be a friendlier society, according to Maaß.

He is one of the 300 people that have been supported by “Mein Grundeinkommen” (my basic income). The German platform is currently collecting for the 301st income. 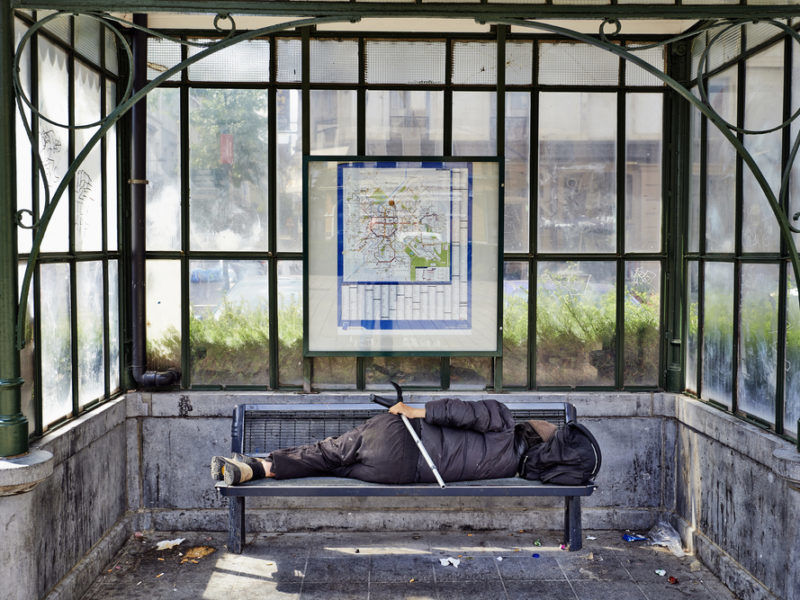 Last December, Finland’s two-year pilot project around unconditional basic income came to an end. Unlike in the case of the German start-up, the Finnish government was behind the attempt. This is therefore the only state-funded project of this kind in Europe.

The Finnish government transferred a monthly sum of €560 to 2,000 randomly chosen unemployed persons for two yeara – the equivalent of the unemployment benefit they would have otherwise received.

Yet, the participants did not need to go to the employment office and were permitted to have a part-time job with no strings attached.

A team of researchers at the social security institute of Kela followed this process.

The result: People had “greater confidence in their future and their own opportunities for participating in social issues,” according to Minna Ylikännö, a leading researcher at Kela. The test participants also indicated that they were happier, healthier and less stressed. However, they did not find work at a quicker rate than anyone else.

Yet, the findings from the Finnish example are only significant in certain circumstances: Unconditional basic income should have a different impact when the whole population, or at least the majority of it, would benefit from it, as opposed to 2, 000 persons nationwide. 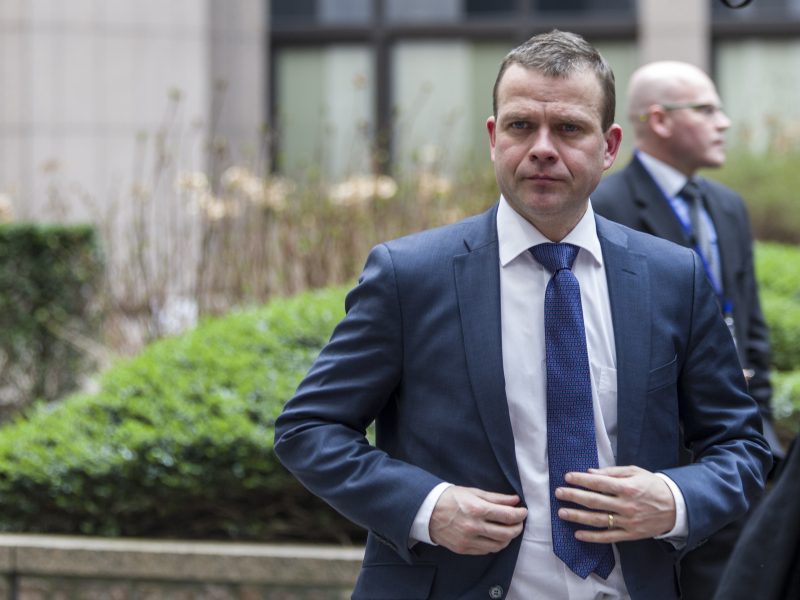 In France, there are currently new developments in relation to basic income. Thirteen of 101 French departments are in favour of a reclassification of certain social benefits, such as the Revenu de solidarité active (RSA), a form of work welfare benefit aimed at reducing the barrier for returning to work.

Instead, a basic income for those less fortunate and those below the age of 25, is being proposed.

The poverty rate for those below 25 is two times higher than for those aged 25-50, according to Stéphane Troussel, president of the Council of the department Seine-Saint-Denis. However, the plan requires the approval of the French government, which is quite sceptical of these proposals.

The different projects related to the issue of basic income differ with regards to their goal.

“In France, it is about putting a brake on poverty. In Finland, one is eager to find out whether a basic income will help people find a way out of unemployment. We want to detect which effect a basic income will have on individuals,” said Steven Strehl, platform developer at “Mein Grundeinkommen”.

How meaningful is my job?

“We are currently experiencing the greatest ever rise in the momentum of a political idea,” said Michael Bohmeyer, founder of the German basic income project.

Next to researching the effects of a financial subsidy, what he finds important is to start a debate on what kind of society we want to live in and to what extent an unconditional basic income could help attain our societal ideals.

In addition to the support of individuals, it has been possible to be part of “Mein Grundeinkommen” with a second person since the end of 2018. The aim is to find out the effect of an additional income on interpersonal relationships. “This could change the quality of a relationship if there are no longer any money issues,” said Steven Strehl.

It is believed that people would take more time to take care of each other as a result, as was the case for Henrik Maaß.

“We quickly question the meaning of unpaid work. But are all current employment activities meaningful?” said Maria-Daria Cojocaru, a philosophy lecturer at the University of Munich.

She is embarrassed that a great number of people in our society need to earn money.

For instance, she was recently at a train station at 6 am, and an elderly lady poured her coffee in a bakery. “One always says that work gives people meaning in life. But this lady could probably come up with something better than making me a coffee at the crack of dawn,” said Cojocaru.

Keyword machine. Especially in this big transition phase that the working world faces, unconditional basic income could possibly absorb the social impacts related to the loss of large parts of the economy, according to the philosopher.

So, people who are losing jobs to digitalisation and the increased use of machines should not fear for their livelihoods. “The coal miner will not just walk into an IT company tomorrow. However, we still need to phase out this industrial sector and the consequences of this need to be alleviated,” said Cojocaru.

The crucial point for the idea of an unconditional basic income is essentially that it would be available to the entire society – precisely because it is unconditional. “The manager at Siemens. How would he deal with it? It would also take away the charitable aspect of the subsidy,” said Cojocaru.

Daniel Zamora from the Free University Brussels and Cambridge University argues however that unconditional basic income is more like a surrender to neoliberal developments.

It would “generalise precarious work” according to the researcher. Even Silicon Valley sees a trend for the idea of unconditional basic income and supports it: a move away from fixed term contracts with a simultaneous reinforcement of the population’s purchasing power.

Crucial is the amount of the proposed income, according to Zamorra, who cited the authors Nick Srnicek and Alex Wiliams: it needs to be high enough to allow people to refuse work. Otherwise it could “squeeze salaries and create even more ‘bullshit jobs’.”

Phillippe van Parijs, one of the founders of Basic Income Earth Network (BIEN), also considers the idea of an unconditional basic income as a possibility to counteract the diverging economies of EU member states. His proposal: A Euro-dividend.

Like the idea that companies regularly distribute the profits to their owners, so should the profits made due to European integration be distributed across the EU population. This could be different from country to country, considering the varying costs of living, and be adapted in accordance with national differences.

It would be higher for older people and lower for the younger generation. On average, it should be €200 per month. Van Parijst wants to fund the Euro-dividend with the common consolidated corporate tax base at a rate of approximately 20%.

The European Commission also contributed to the discussion and published its reflection paper in April 2017, in which it calls on all member states “to innovate in a national or European context.

From the testing of universal basic income in Finland to the roll-out of a guaranteed minimum income in Greece, there is a growing tendency to try out new models to fit new realities.”

The European department of the German Parliament is equally preoccupied with van Parijs’ proposal. The author of the draft on the issue deemed the proposal to be too vague as it left many questions open.

For instance, whether the financial proposal is purely based on a reform of the VAT systems or on the VAT revenue collected by the state as part of the EU’s system of own resources.

Moreover, the Euro-dividend should first be linked to the EU’s long-term budget, in which  maximum annual amounts are set for every single policy

Also, it appears doubtful whether the EU treaties even offer a legal basis for the implementation of an unconditional basic income in the form of a Euro-dividend, they argued. It appears that a lot of preparatory work is still needed.