For the economist, it is, therefore, a more effective instrument to reimburse the recovery plan while financing health, climate and employment. But he also believes it has the advantage of being "technically ready", unlike the carbon border tax proposal, for example, whose contours are still unclear. [Pierre Larrouturou]

In an unprecedented move, French MEP and general rapporteur for the 2021 budget, Pierre Larrouturou, began his 13th day of hunger strike on Monday (9 November). His objective: to ensure that the next EU budget has more resources for health, climate and employment by taxing financial transactions. EURACTIV France reports.

“It is obscene to hear that there is no money for hospitals or the insulation of buildings that can create thousands of jobs, while a small tax on financial transactions could mobilise €50 billion per year,” the MEP, founder of the Nouvelle Donne party (‘New Deal’ in French) and member of the Socialist and Democrat group, told EURACTIV France.

The European Commission’s Budget Commissioner Johannes Hahn said on Friday he expected the European Parliament and the bloc’s national governments to reach a deal on the EU’s €1.1 trillion long-term budget for 2021-2027 this week.

Larrouturou also underlined that this Monday marks the start of a “crucial week” for the European budget. “One can expect the negotiations on the multiannual financial framework to end today. Will the tax on financial transactions in 2024 be part of the deal?” he wondered.

The EU’s budget, known as the Multiannual Financial Framework (MFF), and the accompanying recovery fund of €750 billion, was reached in four days of tough negotiations among European leaders in July.

This is where Larrouturou’s approach comes into play: putting the spotlight on the standoff between EU member states and the European Parliament, which is asking for an additional €39 billion, as well as a decision on own resources, i.e., the direct sources of financing for the budget that the EU could provide.

Among these own resources are the tax on plastics that will come into force in 2021 (with revenues estimated at around €6 billion per year), the digital tax (around €5 billion), the border carbon tax (around €3 billion), and the financial transaction tax (FTT) that the French MEP is advocating.

“This tax (FTT) would bring in €50 billion, more than the other taxes combined,” Larrouturou explained, adding that it appears in the report on the financing of the European Green Deal, which will be put to the vote on Wednesday (11 November).

For the economist, it is, therefore, a more effective instrument to reimburse the recovery plan while financing health, climate and employment. But he also believes it has the advantage of being “technically ready”, unlike the carbon border tax proposal, for example, whose contours are still unclear. 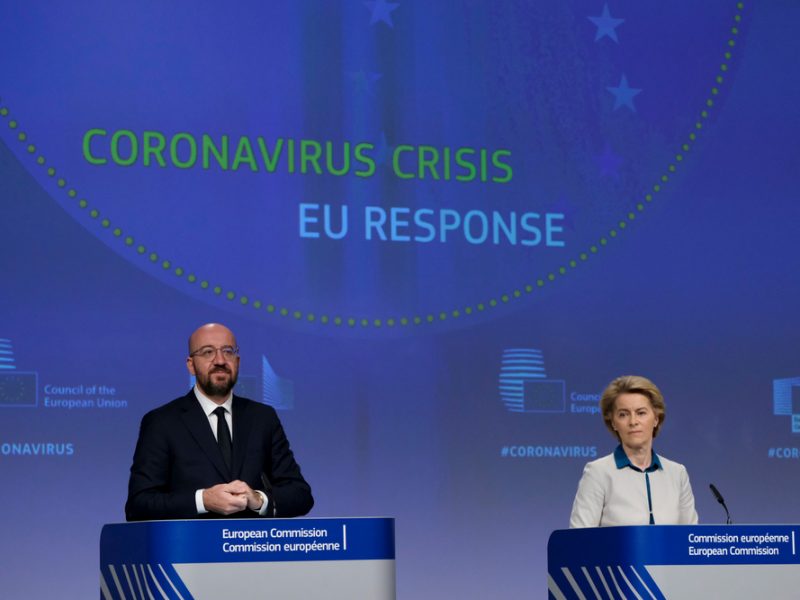 Put your money where your mouth is, European doctors urge EU leaders

New 2030 climate lens in the spotlight

The idea of the FTT is not new. In fact, Larrouturou is basing himself on a project presented by the European Commission in September 2011, which does not have unanimous support among the member states.

While Paris and Berlin do propose a European FTT, it is more limited in scope than that proposed by the executive. Indeed, Brussels plans to tax all financial instruments (shares, bonds and derivatives), while the Franco-German proposal focuses only on the taxation of shares.

According to an opinion by Austrian Finance Minister Gernot Blümel, this would mean that “about 99% of transactions would escape taxation,” which is a position unacceptable to Austria, he added.

Will the German EU Council presidency change this?

On 10-11 December, EU leaders are expected to adopt the EU’s new 2030 climate target, an increase in climate ambition expected by the UN ahead of the upcoming international climate negotiations in Glasgow, set to take place in November next year.

“Angela Merkel is determined to reach an agreement on the EU’s climate ambition for 2030,” said Larrouturou. “But there will be no agreement if there is no agreement on the budget. And without a tax on financial transactions, without money to finance the transition, the chances of adopting a more ambitious climate target are slim,” he added. 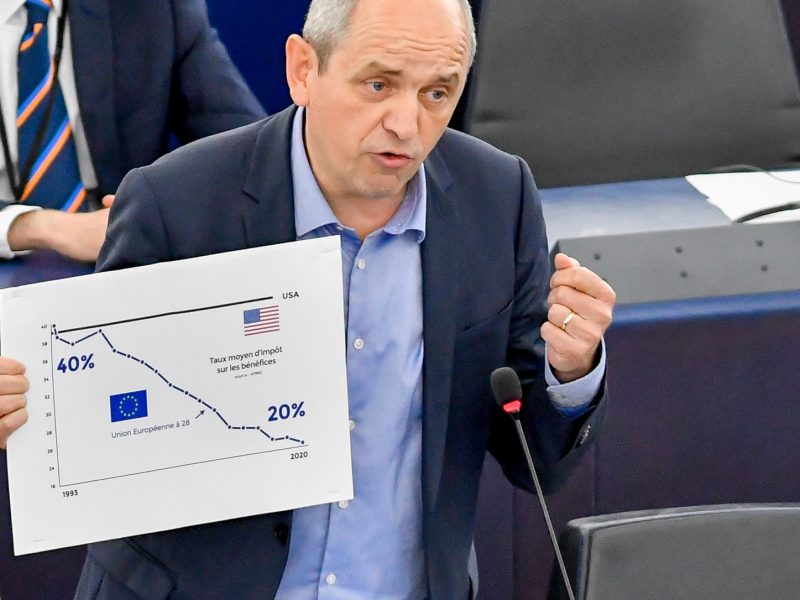