After Italian Prime Minister Giuseppe Conte met with Merkel in Germany on Monday (13 July), on Tuesday it was Spain’s turn. Merkel received Pedro Sánchez at the Chancellery. Prior to their conversation in the evening, both spoke to the press.

Like Conte, Sánchez urged haste in the negotiations on the EU budget and the recovery fund, both of which could be decided by the Council of 27 European leaders in Brussels at the weekend. Spain will “do everything possible to reach an agreement,” he said.

“July must be the month of agreement,” he added. If the decision were to be postponed, it would significantly aggravate the crisis and its consequences. 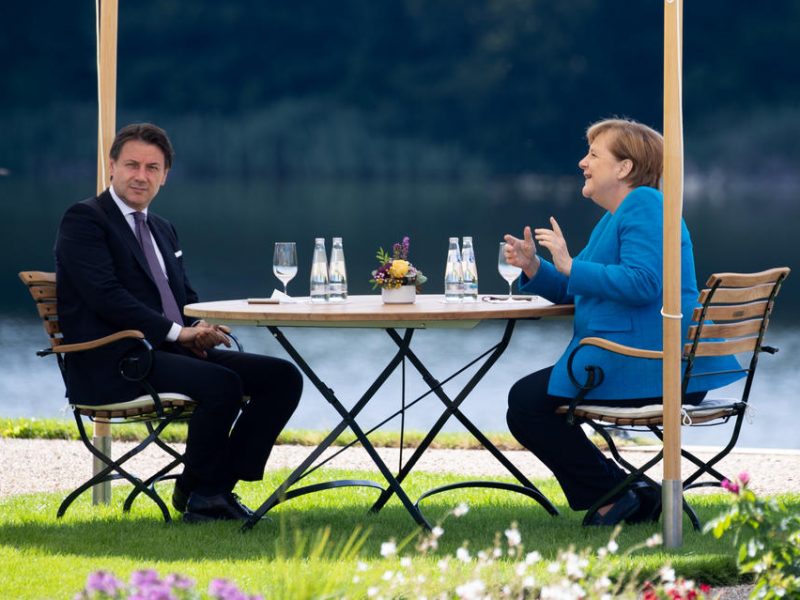 Sánchez pleaded for social justice in the crisis. As soon as a vaccine against coronavirus is available, it has to be available for everyone. The pandemic also showed the value of the European model of the welfare state and the public health system.

He thanked Merkel for her support and solidarity.

It was above all an initiative by Merkel, together with French President Emmanuel Macron, that gave Spain and Italy the prospect of a comparatively rapid recovery. They were the first to publicly advocate for a recovery fund, which would consist largely of direct grants.

Whether an agreement will be reached this weekend, however, remains to be seen. While Conte and Sánchez are pushing, Merkel repeatedly said she hoped so, but just as often referred to the deep rifts between states over which bridges still have to be built.

In fact, Austria’s EU Minister Karoline Edtstadler (ÖVP) stressed in talks with EURACTIV Germany that she could “not imagine” that an agreement could be reached at the weekend.

Austria is one of the “Frugal Four” calling for a higher share of loans (the current proposal provides for one third) and overall smaller sums in the EU budget and Recovery Fund. The four ‘frugal’ states also include Sweden, Denmark and the Netherlands.