One day, electricity distributed by artificial intelligence could run through these power lines in Leipzig. [EPA-EFE | Filip Singer]

A major challenge in the spread of renewable energies is their unpredictability: supply and demand do not always match in time. To compensate for this, researchers in Bielefeld are working on artificial intelligence that distributes electricity differently, depending on the weather. EURACTIV Germany reports.

To achieve environmental targets and stop climate breakdown, fossil fuels must be replaced by renewable energy. There are not only political and economic challenges but also technical ones.

One of them is the right timing of supply and demand: when the wind is blowing and the sun is shining, turbines and photovoltaic systems supply a lot of electricity for high demand. But what if the need arises at a different time?

A group of researchers in Bielefeld is currently working on an answer. They want to create artificial intelligence (AI) that can predict fluctuations in energy supply and adjust  power to meet demand. This should prevent local overloads before they occur.

The “AI-Grid” project is a cooperation between the University of Bielefeld and the Bielefeld University of Applied Sciences with locally-based companies. It is financed by the IKT.NRW programme from the European Regional Development Fund (ERDF) of the state of North Rhine-Westphalia.

Bad timing could cause power failures

“This is not a fun project,” Jens Haubrock from the Institute for Technical Energy Systems at Bielefeld University of Applied Sciences told EURACTIV Germany. “It is about developing AI and corresponding devices that can really be installed.”

At the moment, the main aim is to develop intelligent charging stations for electric cars. “Our vision is that the charging station of the future will have this measurement technology integrated.”

If someone were to connect an electric car to such an intelligent charging station, the charging station would decide when and how much electricity to direct into the car.

Current charging points take about two hours to fill up a standard e-car, although next-gen chargers slash that time significantly. After that, however, the car continues to hang on the charging station and loads the grid, even though the electricity is no longer needed.

In the future, entire fleets of e-cars will be parked in company parking lots and all will be charged in this way.

This works well until the power supply weakens, for example, because no sun shines on the photovoltaic systems or because there is no wind. This can then lead to grid bottlenecks and even grid failures.

This is where the AI comes into play. It calculates the demand of the connected cars and compares it with the energy supply, so that when the sun is high, it sends a lot of electricity to the cars.

If someone charges their car overnight, this lets the electricity trickle in more slowly, so that the car is not charged in two hours but in eight. For people who drive to work in the morning, this makes no difference.

In the long term, this would theoretically be just as possible with washing machines, dryers or dishwashers, says Haubrock. But charging points are suitable, since many are currently being built, so the system could be added right away.

The project, which started in January and is scheduled to run for three years, is still in the research phase. Haubrock and his team can run through several scenarios and work on different variables: wind power, solar power, number of electric cars. 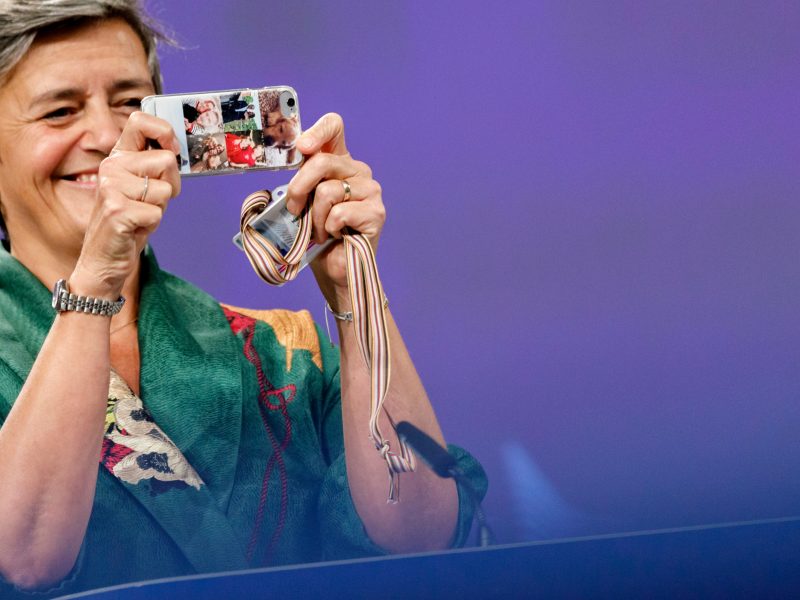 However, it will be some time before it can be used in industry.

The timetable envisages that the system should be able to make initial predictions about the energy supply by 2021. Then, probably from summer 2022, the team will go “into the field” and take its measurements to the local power station to test them in reality.

But at least one more research project would be needed to really produce the findings on an industrial scale.

“We have high hopes for the next round of ERDF funding,” said Haubrock.