An EU-funded project aims to push for green and circular economy policies in the Mediterranean, in light of an alarming study which recently pointed out that temperatures in the region are escalating much faster than the global average. EURACTIV.com reports from Athens.

Interreg MED Green Growth Community is a community of projects in the framework of Interreg-MED Program. Its main objective is to exchange green growth-related knowledge involving more than 100 partners, from public institutions to SMEs and regional authorities.

The projects focus on different sectors of the economy, ranging, among others, from the agri-food sector to waste management and smart cities.

“There are different actions that can help mitigate the impact of climate change. One of them is the circular economy strategy, which requires a holistic approach in the process of transforming the way we produce and consume goods, as well as the way we manage waste,” she said.

A scientific study conducted recently by the Mediterranean Experts on Climate and Environmental Change (MedECC) found that climate change has impacted the Mediterranean region to a large extent compared to the rest of the world.

In addition, the study projected that droughts would become “more frequent and/or more intense”.

Roura said in order for the region to tackle issues such as water scarcity, contamination and soil degradation, innovative solutions will be needed and via this project, should be translated into policy recommendations and synergies.

“Circular economy is a relevant topic in the northern parts of Europe, but it’s not that well known in the Mediterranean. So, we are dealing with some characteristics in the Mediterranean that are different from other regions in Europe. And what we do in our community is translate these results into policy outcomes that can complement the EU circular economy action plan,” Roura said.

Many GGC projects focus on the environmental footprint of agriculture and explore innovative ways to mitigate it.

RELIVE Waste is one of these projects. It involves Italy, Cyprus, Spain and Bosnia-Herzegovina and will run until mid-2020. The project focuses on livestock and particularly intensive cattle and pig farming, which severely affects climate change in the region.

The objective is to convert livestock waste into organic high-value commercial fertilisers through the use of innovative technologies. The result, according to the project, will not only lead to smart growth but will also create new business opportunities.

Another project is CAMARG, whose aim is to help Mediterranean smallholders survive from the growing competition of mass retail business models.

Using the “zero-km approach”, its aim is to shorten the path between local farm producers and final consumers through an e-commerce service. In addition, it aims to increase the visibility of their high-quality products in the Mediterranean area.

The project resembles the concept of short food supply chains (SFSC), which was introduced in the last Common Agricultural Policy (CAP), providing consumers with healthy and fresh food products as well as increasing smallholders’ income. 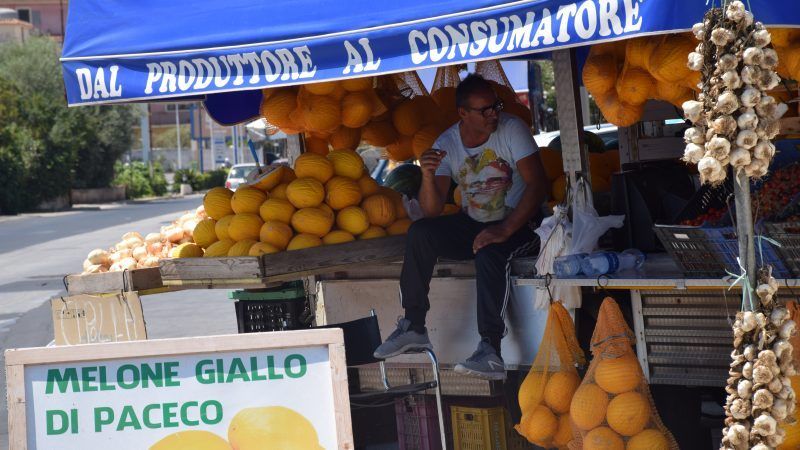 The concept of short food supply chains (SFSC), where intermediaries between farmers and consumers are removed, was introduced in the 2014-2020 CAP and has risen in recent years.

According to a study carried out by the European Parliamentary Research Service (EPRS), …

Alessandra Sensi, from the Secretariat of the Union of the Mediterranean (UfM), an intergovernmental institution bringing together 43 countries to promote dialogue and cooperation, said the objective was to agree on a common agenda on the environment and climate change as well as blue economy.

She said in the years to come, the Mediterranean countries should grab the opportunity and take action.

“It’s an important opportunity not to miss out in order to make sure that our agenda is in line with the evidence that the Mediterranean region is a hot spot for climate change,” she told EURACTIV. She added this enhanced technical cooperation is not only limited among the European Mediterranean countries but it has also expanded to countries such as Jordan.

“Everything depends on transnational cooperation. Indeed, environmental problems have no border. So, there is no other way to tackle it than working together on an equal footing,” Sensi said.

“This is actually a story of success,” Sensi said, adding that through this partnership, southern Mediterranean countries which are not part of an Interreg programme, for instance from northern Africa, will ultimately be able to join these projects.

“We are now looking into operational opportunities to coordinate with other regional programmes, but also to facilitate the process and ensure that the countries of the South which are actually currently not part of it can still join these activities.”