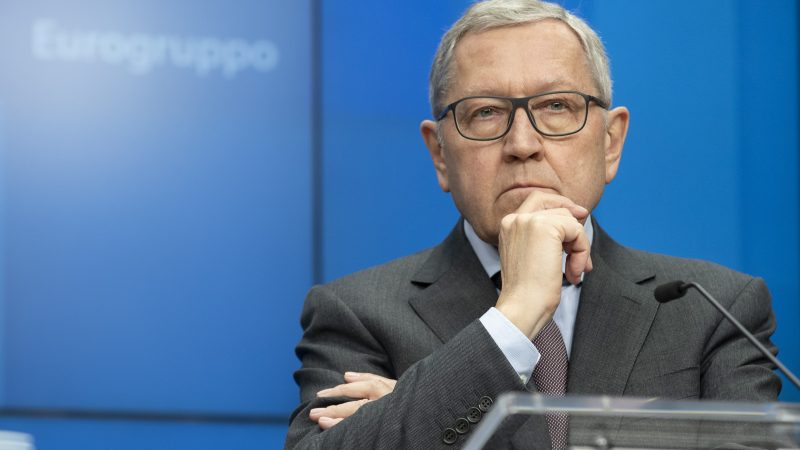 Money from the EU’s €800 billion coronavirus recovery fund could start flowing to member states before summer. Still, investors are “concerned” about the speed of the implementation of the EU’s joint stimulus programme, the chief of the European Stability Mechanism said on Monday (15 February).

“I hear that investors are concerned about the speed of the implementation of the recovery and resilience plans and facility,” ESM managing director, Klaus Regling, said following a Eurogroup videoconference on Monday.

“They are worried that delays might affect negatively growth rates,” said Regling who manages the EU’s bailout fund put in place in the wake of the 2010 eurozone debt crisis.

“And I think in that sense, it’s good that the relevant regulation has been adopted now, and that is good for market confidence,” he added.

Euro area finance ministers discussed ongoing efforts to address the economic fallout of the pandemic, in particular how to support viable companies.

The EU concluded last week the adoption of the Recovery and Resilience Facility, the €672.5 billion instrument that will mobilises the bulk of the recovery fund.

Once the RRF is published in the Oficial Journal of the EU on 18 February, member states will be able to submit their national recovery plans to unlock their share of the stimulus programme.

The first plans are expected by March. Once submitted, the European Commission will have two months to give its approval, and an additional four weeks are needed for member states’ blessing (by qualified majority in the Council).

As a result, national governments will not start receiving the first tranche of payments at least until June (13% of their envelope once the plans are approved).

The EU’s economy commissioner, Paolo Gentiloni, however said that “definitely we can be able to deliver first disbursements before summer,” although he admitted that it would be a “challenge”.

He explained that the time required for the Commission assessment “could be shortened” without affecting the quality of the evaluation, as it is in everyone’s interest to have the programme up and running as soon as possible.

But in order to achieve a more ambitious calendar, EU governments should accelerate the finalisation of their investment and reform plans. In addition, member states must have concluded by the end of this semester the ratification of the EU’s new budgetary ceiling, required for borrowing the €800 billion needed to finance the recovery fund.

Concerns about the implementation of EU’s unprecedented recovery fund came as the Europeans also started their vaccination campaigns on the wrong foot.

Some Eurogroup ministers already questioned the speed of the Recovery and Resilience Facility.

“I see there are blockages and that all this is too slow, that we need to accelerate and that if we want to emerge from the economic crisis in the best conditions, European money must arrive as quickly as possible,” French finance minister, Bruno Le Maire, told the Financial Times in January.

The initial disbursements of Europe’s joint stimulus will coincide with the decision by summer on whether the bloc will maintain the Stability and Growth Pact suspended in 2022.

If the EU’s rules controlling national deficit and debt levels remain on hold next year, member states will have the space needed for the extra spending to overcome the consequences of the pandemic.

According to the Commission’s latest forecast, the European economy is expected to recover to its pre-pandemic levels by mid-2022.

The Commission however did not factor in the impact of the recovery fund in its winter forecast.