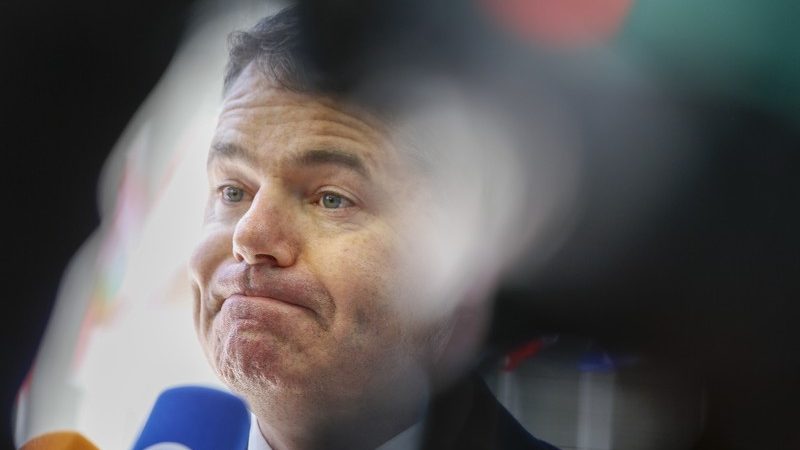 File photo. Irish Minister for Finance and Public Expenditure Paschal Donohoe speaks to media as he arrives for the Eurogroup meeting in Luxembourg, 13 June 2019. [EPA-EFE/JULIEN WARNAND]

Ireland dropped its opposition to an overhaul of global corporate tax rules on Thursday (7 October), agreeing to give up its prized 12.5% tax for large multinationals in a major boost to efforts to impose a minimum rate worldwide.

Ireland, the low-tax European headquarters for blue chip companies including Apple, Google and Facebook, declined to sign up to the initial deal in July, objecting to a proposed rate of “at least” 15%.

An updated text this week dropped the “at least”, clearing the way for ministers to do what successive governments said they would never contemplate – giving up the low rate that has helped win Ireland investments and jobs for decades.

“Joining this agreement is an important decision for the next stage of Ireland’s industrial policy – a decision that will ensure that Ireland is part of the solution,” Finance Minister Paschal Donohoe told a news conference.

“This is a difficult and complex decision but I believe it is the right one.”

All bar a handful of the 140 countries involved signed up to the July deal, brokered by the Organisation for Economic Co-operation and Development (OECD), that marked the first rewriting of international tax rules in a generation.

The holdouts, which include fellow EU members Estonia and Hungary, cannot block the proposed changes. The 140 negotiating countries are due to meet on Friday to finalise the deal.

The US Treasury, which had pressed Ireland to support the global minimum tax, hailed Dublin’s decision as putting the world on a path toward a “generational achievement” to ensure corporations pay their fair share of taxes. 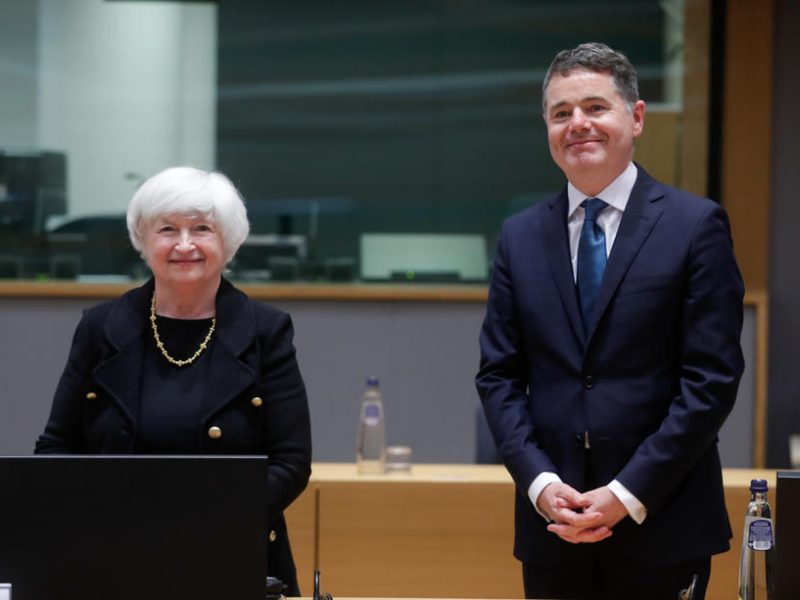 US Treasury Secretary Janet Yellen urged Paschal Donohoe, the finance minister of Ireland, to take a “once in a generation opportunity” for a global deal that would stop a race to the bottom on corporate tax rates, the Treasury said.

If Ireland had maintained its lower rate, multinationals that book profits there could be forced to pay the additional tax elsewhere under the proposals.

The government said it had received assurances from the European Commission that Ireland can maintain the 12.5% rate for firms with annual turnover below €750 million and keep tax incentives for research and development.

The Commission also promised it will stick faithfully to the OECD agreement and not seek a higher rate among member states, Donohoe said.

While Ireland wrestled with the prospective changes for months, it will not be the first change to its tax regime.

A 10% tax rate convinced Apple to set up a manufacturing facility in the 1980s, with Microsoft and Intel following suit.

The government increased this to 12.5% in 1997 to comply with EU state aid rules and multinational jobs mushroomed.

The 12.5% rate was fiercely defended in the intervening years, most notably when Ireland came under pressure to raise it as part of a 2010 international bailout.

Many analysts expect Ireland to remain competitive in the battle to attract foreign direct investment.

Some 1,500 multinationals that will be hit by the higher rate currently employ around 400,000 people or one in six workers in Ireland, Donohoe said.

“We would be reasonably confident that this won’t have a substantial impact,” said Kieran McQuinn, research professor at the Economic and Social Research Institute (ESRI) think tank.

“As a country matures, other factors such as the flexibility of our workforce (and) membership of the EU tend to become very important as well,” he added.