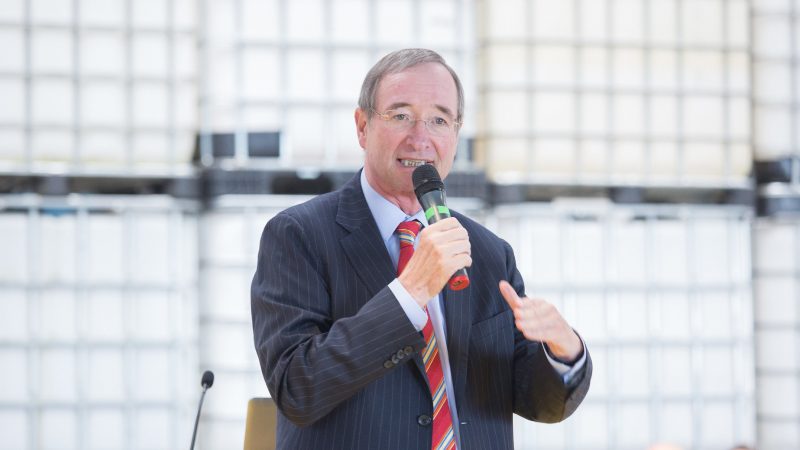 In an interview with EURACTIV, the outgoing president of Eurochambres, an association of European chambers of commerce, has criticised the EU’s environmental policy and called for more trade “with all parts of the world”, including China and Russia.

Christoph Leitl, an Austrian, has long been in the game. The owner of a brick-producing company turned conservative politician turned head of the European chambers of commerce has experienced the decline of Europe’s relative importance in the world for many years.

“Ten years ago, the US and the EU together had two-thirds of world trade. Today, it’s fifty-fifty, and in 10 years it will probably only be one-third”, Leitl said.

To Leitl, this also means concluding the comprehensive agreement on investment (CAI) with China.

The CAI was signed by European leaders at the end of 2020 but the ratification was put on hold by the European parliament after the Chinese government put sanctions on some EU lawmakers who had criticised China’s persecution of the Uighur people.

When confronted with undemocratic tendencies in China, Leitl argued that values should be lived in a way that is fascinating for others and explained that he did not want Europe to sanction countries that do not behave according to European norms.

“That is silly and also damaging for Europe”, Leitl opined. Instead, he called for fair competition with China and criticised the fact that China was still a half-closed market.

Reacting to the criticism from environmentalists, and some EU countries, against the Mercosur agreement with Latin America, Leitl pointed out that he too was worried about the forests of the Amazon.

Nevertheless, he said the agreement should be put into practice, arguing that not entering into the agreement would just open the door for the Chinese to conquer that market.

“The Chinese will not ask what happens to the Amazon”, Leitl said.

In 1979, Leitl narrowly escaped being taken hostage by the radical left “RAF” grouping (Rote Armee Fraktion). Today, the world seems unable to answer the challenge of climate change, endangering the future of young people. Is he afraid that people would radicalise and turn against the system if business and politics didn’t fundamentally change course?

Although the possibility of radicalisation was “a crucial point” for Leitl, he insisted that climate change could only be solved through global cooperation.

“We need a professional procedure, not wishful thinking. The European Parliament cannot just decide to increase the target to 40%, or, not enough, to 55%. Within eight years. It will never work!” he exclaimed.

“Where do we get the needed energy from? We are destroying bridges before we build new bridges,” Leitl warned.

He worried that the “wishful thinking” of the climate targets would make it impossible to manage the transition. “And then comes the aggressive behaviour of a society that feels robbed of its future,” Leitl concluded.

Before the end of the year, the European Commission is expected to propose a directive for sustainable corporate governance, which should force corporations to take responsibility for human rights and environmental risks in their supply chains.

Leitl worried that small companies might not be able to follow these rules if they are too impractical. However, he argued, big companies with big value chains could be asked to take more responsibility.

Leitl remains president of Eurochambres until the end of this year. As of 1 January 2022, the president of the Luxembourg chamber of commerce, Luc Frieden, is taking over.