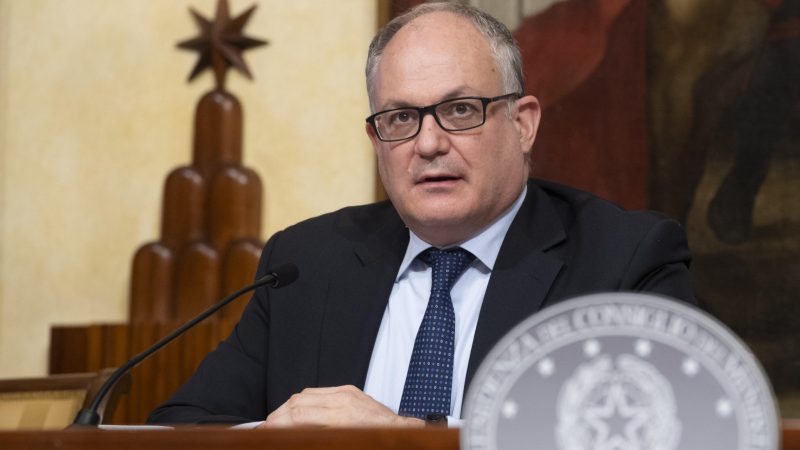 Italian Economy Minister, Roberto Gualtieri, attends a press conference at the end of the Cabinet for the decree law August (dl Agosto) at Chigi Palace in Rome, Italy, 7 August 2020. [Pool/EPA/EFE]

Italy has asked the European Union to tap its SURE unemployment scheme for €28.5 billion after extending furlough support to help the economy withstand the hit from the COVID-19 crisis.

The Italian government on Friday (7 August) approved a new stimulus package worth €25 billion, setting aside roughly half of that sum to support employment.

Italy extended temporary layoff schemes for up to 18 weeks, setting conditions and requiring firms not to cut jobs to qualify for state aid.

Economy Minister Roberto Gualtieri and Labour Minister Nunzia Catalfo said in a joint statement on Saturday they had written to the EU Commission asking to tap the SURE scheme.

“Italy’s economy has suffered greatly due to lockdown measures introduced since late February, which have proven very effective in stemming contagion but had a strong negative impact on the economy and the social system,” the two ministers said.

To confront the healthcare emergency, which has led to more than 35,000 victims in the country, Italy has adopted measures that are set to widen the budget deficit by 100 billion euros this year, pushing it to 11.9% of national output, up from 1.6% in 2019.

The EU plans to borrow nearly €100 billion starting in September to fund the SURE unemployment scheme.