Italy’s education minister resigns over insufficient funding for his ministry

“It shouldn’t be a surprise to anyone that a minister keeps his word,” Fioramonti told Reuters in an interview on Wednesday. [EPA/ MASSIMO PERCOSSI]

Italian Education Minister Lorenzo Fioramonti told Reuters on Wednesday he had resigned after failing to obtain from the government billions of euros he said were needed to improve the country’s schools and universities.

The resignation is a blow to the embattled government, whose ruling parties are at odds on issues ranging from eurozone reform to migrant rights.

It also underscores the problems of the anti-establishment 5-Star Movement, Fioramonti’s party, which is trying to reorganise amid widespread internal dissatisfaction with its leader Luigi Di Maio.

Fioramonti told Reuters he had tendered his “irrevocable resignation” to Prime Minister Giuseppe Conte in a letter on 23 December.

Fioramonti said shortly after the government of 5-Star and the centre-left Democratic Party was formed in September that he would quit unless education spending was raised by €3 billion ($3.3 billion) in the 2020 budget. 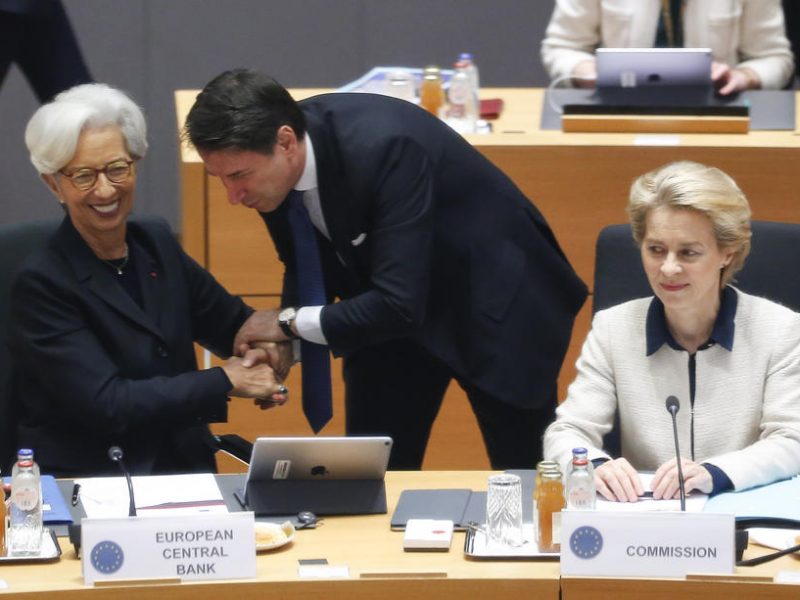 Italy’s prime minister Giuseppe Conte claimed victory on Friday (13 December), after changing the wording of the Euro summit’s conclusion postponing a final agreement on the reform of the eurozone bailout fund.

Few believed him, even as the budget continued its passage through parliament and it became clear the government had little intention of hiking taxes or cutting spending to find the funds he demanded. The budget was approved on Monday ahead of a Dec. 31 deadline.

“It shouldn’t be a surprise to anyone that a minister keeps his word,” Fioramonti told Reuters in an interview on Wednesday.

Fioramonti said he would still support the government in parliament, where he is a lower house deputy.

Italy spends 3.6% of the gross domestic product on primary to university education, compared with an average of 5% among 32 countries listed in a report by the Organisation of Economic Cooperation and Development. As a proportion of public spending, Italy came bottom in the OECD.

Fioramonti, a former economics professor at South Africa’s Pretoria University, has been one of Italy’s most outspoken ministers during his three months in office.

His proposals for new taxes on airline tickets, plastic and sugary foods to raise funds for education were attacked by critics who said Italians were already over-taxed.

A vocal supporter of green policies, Fioramonti made headlines when he announced Italy would next year become the first country to make it compulsory for schoolchildren to study climate change and sustainable development.

“I have sometimes felt I could have had more support from my own party over my proposals on the environment,” Fioramonti said.

“5-Star was born 10 years ago with a strongly green platform, but it seems to have got lost along the way.”